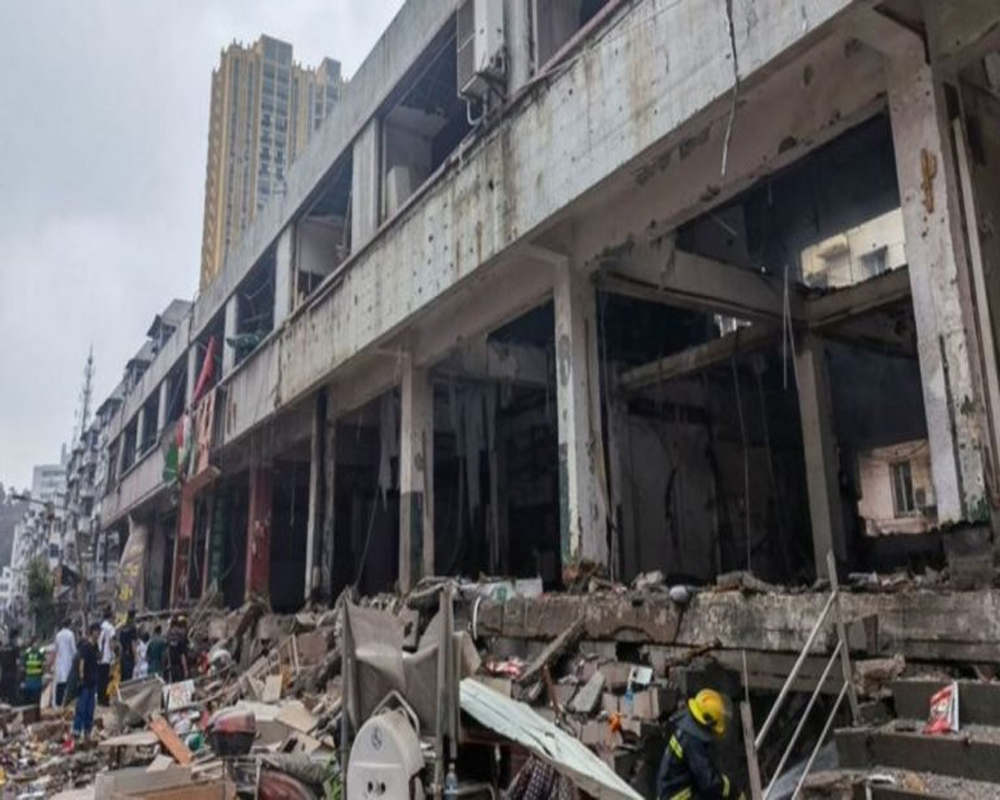 The death toll from a powerful gas explosion in central China's Hubei province has gone up to 25, according to the local authorities.

The explosion ripped through a residential neighbourhood in Zhangwan district of Shiyan city on Sunday, killing at least 12 people and trapping a large number of people under the rubble of their homes.

The blast rocked a two-story trade market building in a residential community.

The state-run Xinhua news agency reported late Monday night that the death toll has risen to 25.

Rescue and debris cleaning are still underway, the information office of the provincial government of Hubei told the media.

A team has been set up to investigate the blast, and Hubei will launch a province-wide blanket inspection to root out potential work safety hazards, said Shi Zheng, the head of the provincial emergency management department.

Following this, the Chinese government has ordered an inspection of all commercial and domestic gas pipelines.

Chinese President Xi Jinping had called for a thorough probe into the cause of the blast and ordered to rescue the injured.

“In light of numerous accidents at companies and on campuses, all must work together to shoulder their responsibilities, strengthen their political comprehension and root out the causes of such hazards," Xi had said.

Gas explosions, especially from poorly maintained pipelines, occur in various parts for China every year. The worst being the 2015 explosions in Tianjin port in which 173 people were killed and hundreds of others injured.

The Sunday's explosion came a day after eight people died and three others were injured when toxic methyl formate leaked from a vehicle at a chemical handling facility in the southwestern city of Guiyang.