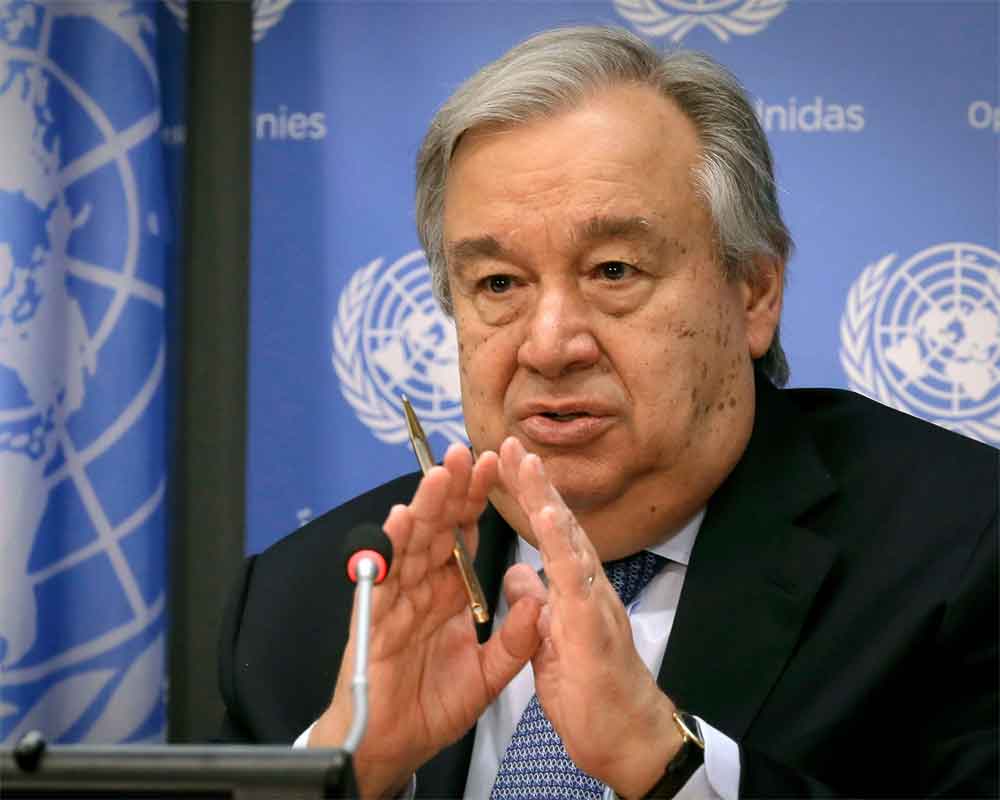 Nearly 360,000 people have been forcibly displaced by the raging conflict in Afghanistan since the start of the year, with UN chief Antonio Guterres expressing deep concern about the safety and protection of people in Lashkargah where tens of thousands of people could be trapped by fighting as the Taliban continue their ground assault.

The United Nations Assistance Mission in Afghanistan (UNAMA) has called for an immediate end to fighting in urban areas, saying that civilians are bearing the brunt of the violence.

The latest reports show that 40 civilians have been killed and 118 injured within the last 24 hours in the city of Lashkargah as the Taliban continue their ground assault. In Kandahar, at least 5 civilians were killed and 42 wounded.

“We can tell you that we are deeply concerned about the safety and protection of people in Lashkargah, in the south, where tens of thousands of people could be trapped by fighting,” Stephane Dujarric, Spokesman for the Secretary-General Guterres, said at the daily press briefing on Wednesday.

“We urge the parties to the conflict to protect civilians, aid workers and civilian infrastructure, including schools and hospitals, in compliance with international humanitarian law,” he said.

The UNAMA has said the Taliban ground offensive and Afghan National Army airstrikes are causing the most harm and added it is deeply concerned about indiscriminate shooting and damage to health facilities and civilian homes. “All parties must do more to protect civilians or the impact will be catastrophic,” according to the UN Mission in Afghanistan.

According to UN humanitarian colleagues, there are reports of increased civilian casualties, destruction or damage to civilian houses, as well as to critical infrastructure, including hospitals in Helmand and Kandahar. Hospitals and health workers are becoming overwhelmed by the number of wounded people.

“We, along with our humanitarian partners in Afghanistan, are assessing needs and responding in the south, as access allows,” Dujarric said, adding that on August 1, more than 2,000 people were reached with food, water, sanitation and cash assistance in Kandahar.

Humanitarians are committed to staying and delivering in Afghanistan and expect to have reached almost half of the nearly 16 million people targeted for assistance so far in 2021, despite the worsening conditions.

The UN urged donors to urgently fund Afghanistan's Humanitarian Response Plan, which requires USD 1.3 billion but has only received USD 485 million to date, less than 50 per cent funded.

Citing an example of the “horrific violence faced by children” in Afghanistan, Dujarric said UNICEF (United Nations Children's Fund) expressed outrage by a report that a 12-year-old boy from Shirin Tagab district, in Faryab province, suffered a brutal flogging by a member of an anti-government group.

The UN Children's Fund said that the young boy endured wounds to his back, legs and feet, and is traumatised by the vicious attack. UNICEF, with local partners, is providing urgent help to the child and his family, including psychosocial support, medical care, as well as other immediate needs, he said.

He asserted that all the violence against civilians, civilian infrastructure is unacceptable and is to be condemned.

Two senior UN officials - Secretary-General's Special Representative for Afghanistan and Head of UNAMA Deborah Lyons and his Personal Envoy on Afghanistan and Regional Issues Jean Arnault are working on behalf of Guterres and are trying to help and “move the parties… all of the parties, the regional parties, the national parties, and those beyond, in the right direction, which is finding a political solution so the violence can stop, and we will be continuing to do that.

“At the same time, we're continuing to stay and to deliver on humanitarian and development assistance,” Dujarric said.

The UN Security Council, currently under India's Presidency, issued a Press Statement on the “escalating violence in Afghanistan” and condemned in the strongest terms the "deplorable attack” against the UN compound on July 30, which resulted in the death of an Afghan security forces guard and several injured. Members of the 15-nation Security Council reaffirmed that there is no military solution to the conflict, and “declared that they do not support the restoration of the Islamic Emirate.”

"The members of the Security Council called on both the Islamic Republic and the Taliban to engage meaningfully in an inclusive, Afghan-led and Afghan-owned peace process in order to make urgent progress towards a political settlement and a ceasefire,” the press statement said.

Afghanistan Foreign Minister Mohammed Haneef Atmar spoke with External Affairs Minister S Jaishankar "to discuss convening an emergency UN Security Council Session” on Afghanistan. Atmar said the UN and the international community must play a greater role to stop the unfolding tragedy in Afghanistan due to Taliban violence and atrocities.