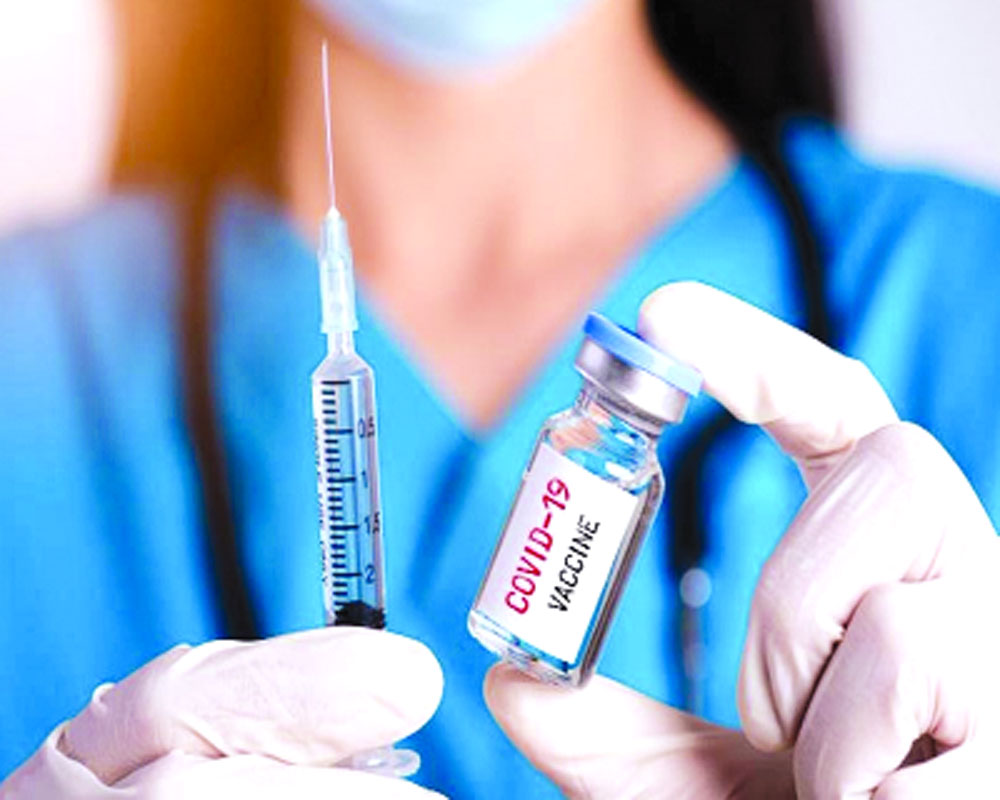 The European Commission says it has secured an agreement with Pfizer-BioNTech for an extra four million doses of COVID-19 vaccines for its 27 nations to tackle the surge of cases in several coronavirus clusters.

EU Commission President Ursula von der Leyen said “this will help member states in their efforts to keep the spread of new variants under control. Through their targeted use where they are most needed, in particular in border regions, these doses will also help ensure or restore the free movement of goods and people.""

The European Union mentioned Tyrol in Austria, Nice and Moselle in France, Bolzano in Italy and some parts of Bavaria and Saxony in Germany where COVID-19 hospitalisations have been on the rise. The Commission said the new doses will be made available to all member states on a pro-rata basis this month.

EU officials have been dismayed at how virus surges driven by variants have prompted EU nations to put in border restrictions.

Overall, the EU has six contracts for more than 2 billion doses of vaccines to inoculate its 450 million people.

After a year of the pandemic, weary world looks back — and forward — Ukraine's fight against COVID-19 hampered by widespread resistance to vaccines — House set to vote on virus relief, President Joe Biden on cusp of triumph — Los Angeles school district reaches deal to reopen classes — Restaurants are big beneficiaries of COVID-19 relief bill.

LISBON, Portugal -- Portugal is joining other European countries in extending the use of AstraZeneca's COVID-19 vaccine to people age 65 and over, after initial uncertainty about its effectiveness in that age group.

The General Directorate for Health also announced Wednesday that people with Down syndrome will be added to the Phase 1 priority groups due to their risk of developing serious COVID-19 symptoms.

Teachers, school auxiliary staff and social workers who deal with children are also moving to the front of the queue as authorities prepare to start easing a lockdown that began in January and brought school closures.

Health officials were due later Wednesday to unveil the country's first mobile vaccination units, part of a drive to accelerate inoculations. Portugal, a country of 10.3 million people, has so far administered just over 1 million vaccine jabs.

Amsterdam — An expert group at the European Medicines Agency will meet Thursday to decide whether the one-dose coronavirus vaccine made by Johnson &amp; Johnson should be authorised for use across the European Union.

If the shot is given the green light, it would be the fourth licensed COVID-19 vaccine in the 27-country bloc. The Amsterdam-based EU medicines regulator has already approved vaccines made by Pfizer-BioNTech, Moderna and AstraZeneca — but all of those vaccines require two doses.

Health experts hope having another authorized COVID-19 shot might speed the slow pace of immunization across Europe, which has been struggling to get enough supplies and vaccinate the vulnerable.

Social Affairs Minister Lena Hallengren says “we are talking about a lot of money, but little compared to what COVID-19 has cost society.”

Sweden's vaccine coordinator, Richard Bergstrom, said the country expected an additional 14 million doses the first half of the year and 30 million doses in the second.

He said he expects Johnson &amp; Johnson's one-shot vaccine to shortly be approved by the European Union's medical regulator.

London — Relations between the European Union and recently departed Britain took another diplomatic dip on Wednesday when the EU envoy in London was summoned to explain comments that Britain had issued a vaccine export ban.

The United Kingdom was so irate about Tuesday's comments from EU Council President Charles Michel that Britain had “imposed an outright ban on the export of vaccines,” that it called in the ambassador for a morning meeting.

A British government statement said that it “has not blocked the export of a single COVID-19 vaccine. Any references to a UK export ban or any restrictions on vaccines are completely false.”

The spat comes against a background that the COVID-19 vaccination drive in Britain is seen as a huge success while that in the 27-nation bloc has been a major failure. The United Kingdom has given about 35 per cent of its adults a vaccine shot while the EU is further back with 9.5 per cent.

The privately-held Danish company said its net profit rose 19 per cent to 9.9 billion kroner ($1.6 billion) as sales jumped 21 per cent and it grew its presence in its 12 largest markets.

Geneva — On March 11, 2020, when the World Health Organization declared a pandemic, few could foresee the long road ahead or the many ways in which they would suffer -- the deaths and agonies of millions, the ruined economies, the disrupted lives and near-universal loneliness and isolation.

A year later, some are dreaming of a return to normal, thanks to vaccines that seemed to materialize as if by magic. Others live in places where the magic seems to be reserved for wealthier worlds.