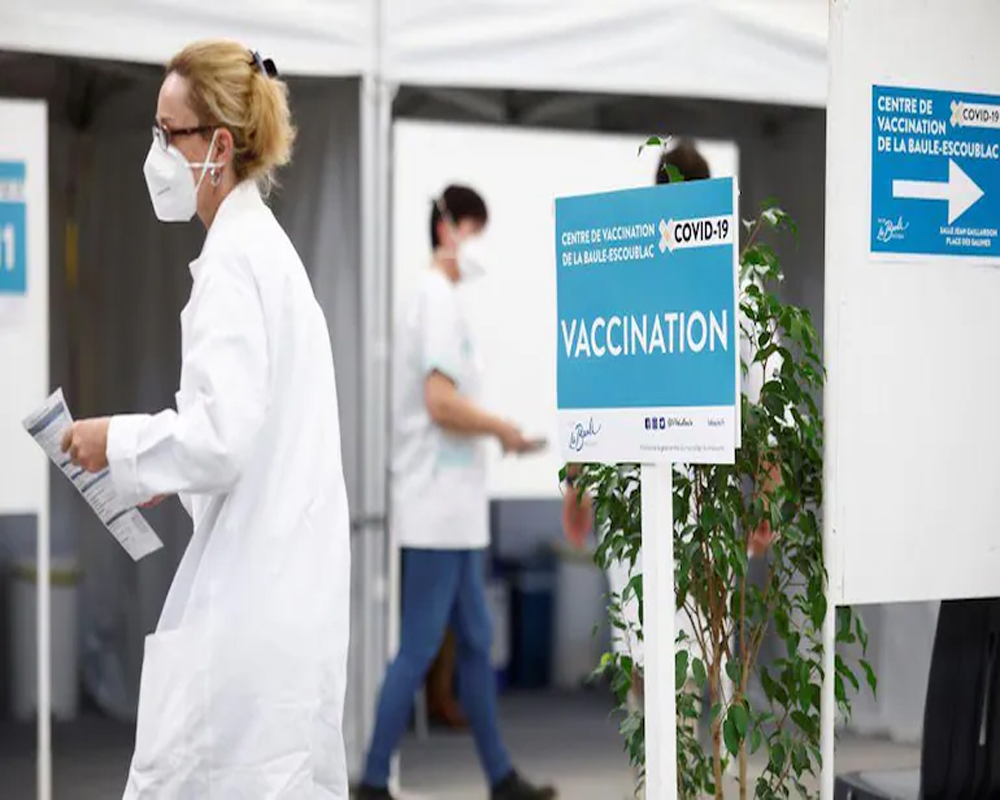 France has launched a plan to give COVID-19 booster shots to all adults, as it opted against a further lockdown or curfew to help combat a worrying uptick in infections in the country.

Coronavirus infections have jumped in France over the last few days, with daily new cases rising above the 30,000 mark, and virus-related hospitalisations and deaths are again rising.

French Health Minister Olivier Veran laid out the plans during a press conference in which he announced a reduction in the time gap between second and third shots from six to five months. He said France already has enough vaccines to launch the nationwide booster campaign.

Veran also laid out a swathe of measures seen as tightening the use of masks in public areas and said that the country's COVID-19 pass, which is required in many indoor places across the country, will become invalid if a person has not received a booster shot within seven months of a second dose.

He said that there are ten times more unvaccinated people currently hospitalised because of the virus than vaccinated ones, adding that without the vaccine the country would already be in a lockdown situation.

More than 89 per cent of French adults are vaccinated, but the most vulnerable had a vaccine early in the year and so immunity is believed to be waning. Also, children under 12 have not had access to vaccines yet in France though that could change after the European Medicines Agency on Thursday authorised Pfizer's COVID-19 vaccine for five to 11-year-olds.

In a sign of resurgent concerns about France's virus situation, Morocco is suspending all flights to and from France starting Friday, until further notice.

A government committee overseeing travel amid the pandemic made the decision Thursday “to protect Morocco's achievements in managing the pandemic,” according to the state news agency MAP. The two countries have close economic and cultural ties.