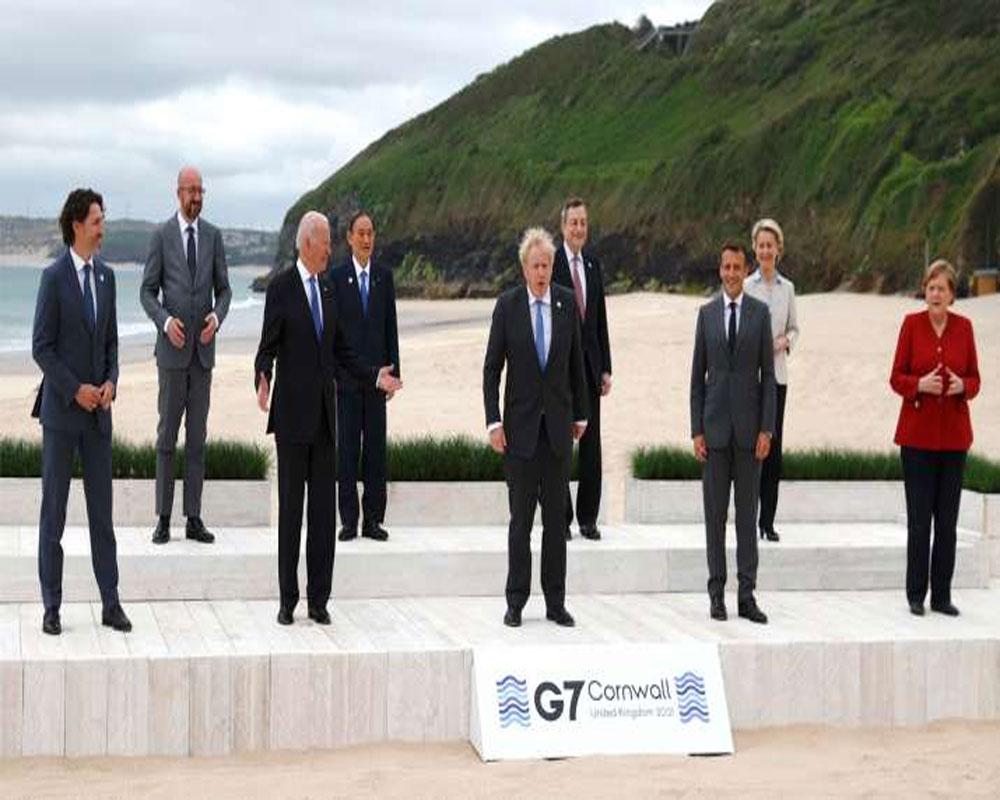 Leaders from the Group of Seven wealthy democracies say they will work together to challenge China's “non-market economic practices” and to call on Beijing to respect human rights in Xinjiang and Hong Kong.

US President Joe Biden had wanted to persuade fellow democratic leaders to present a more unified front to compete economically with Beijing and strongly call out China's “nonmarket policies and human rights abuses.”

In the group's communique published Sunday, the group said: “With regard to China, and competition in the global economy, we will continue to consult on collective approaches to challenging non-market policies and practices which undermine the fair and transparent operation of the global economy.”

The leaders also said they will promote their values by calling on China to respect human rights and fundamental freedoms in Xinjiang, where Beijing is accused of committing serious human rights abuses against the Uyghur minority, and in the semi-autonomous city of Hong Kong.