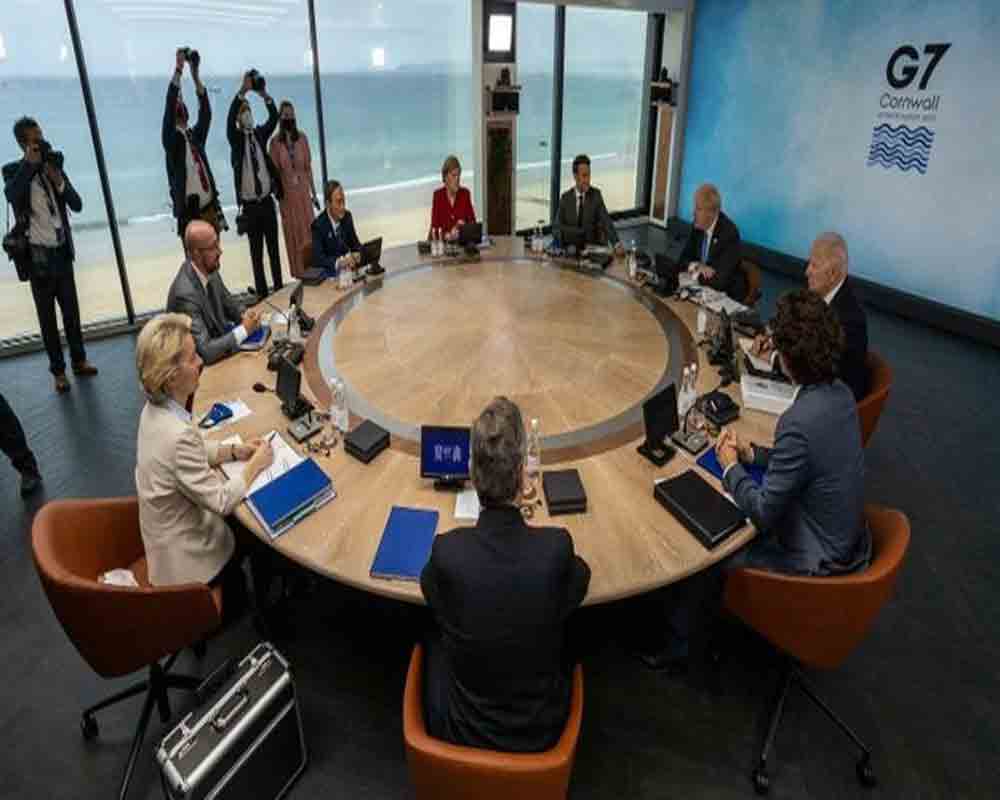 G7 leaders are expected to unveil a global anti-pandemic action plan on Saturday to ensure that a devastation like the one caused by the ongoing Covid-19 crisis is never repeated in the future.

The leaders are at the Cornish seaside resort of Carbis Bay for the three-day G7 Summit which kicked-off on Friday, marking the first in person meeting since the onset of the pandemic early last year.

Following a special session on Saturday, the leaders will issue the Carbis Bay Declaration, "which will set out a plan to try to prevent any repeat of the human and economic devastation wreaked by Covid-19", the BBC reported.

Some of the measures under the Declaration are reducing the time taken to develop and licence vaccines, treatments and diagnostics for any future disease to under 100 days; reinforcing global surveillance networks and genomic sequencing capacity; and support for reforming and strengthening the World Health Organization (WHO).

According to the BBC report, the Declaration is "expected to incorporate recommendations from a report by a group of international experts drawn from across industry, government and scientific institutions".

After the three-day gathering was inaugurated by UK Prime Minister Boris Johnson on Friday, the leaders attended a dinner with Queen Elizabeth II and other members of the Royal Family.

As they posed for a group photo, the Queen jokingly said: "Are you supposed to be looking as if you're enjoying yourself?"

To which Johnson, the host of the Summit, said: "We have been enjoying ourselves - in spite of appearances."

The G7 comprises the world's seven largest so-called advanced economies: Canada, France, Germany, Japan, Italy, the UK and the US.

On Saturday, the leaders of Australia, India, South Korea and South Africa are invited as guests as well.