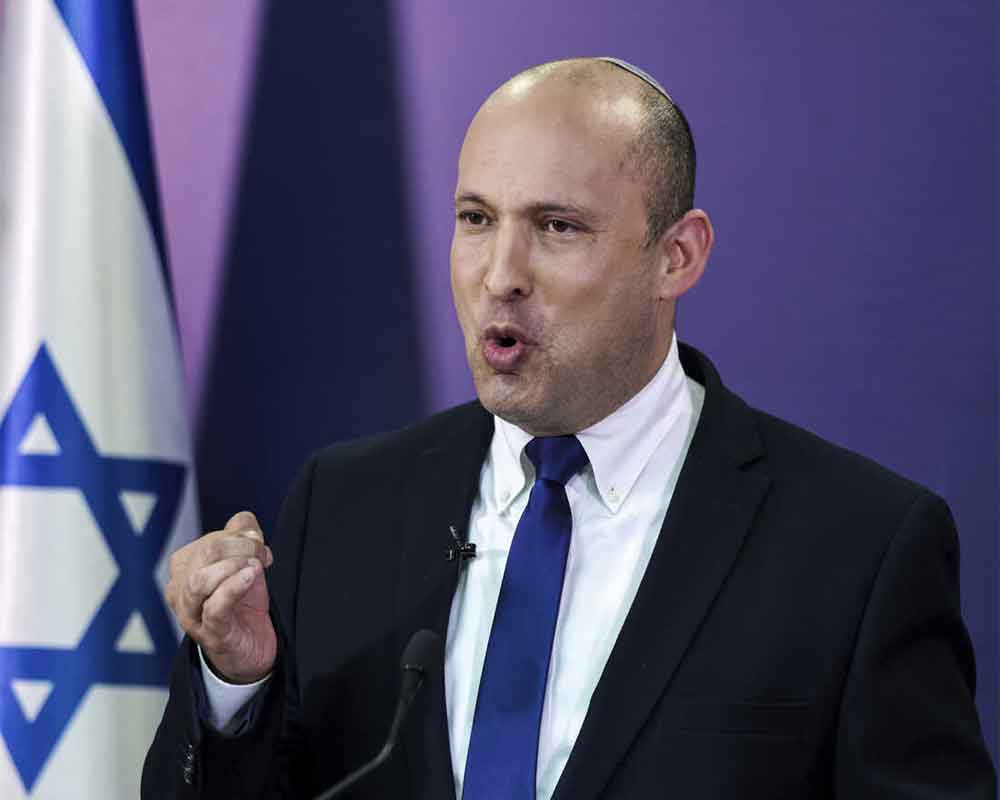 Describing General Bipin Rawat as a "true leader and true friend" of Israel, the country's top leadership has expressed condolences to the government and people of India at the "tragic and shocking loss" of its first Chief of Defence Staff who died in a helicopter crash.

The Mi-17V5 helicopter of the Indian Air Force (IAF) carrying the 63-year-old tri-services chief crashed near Coonoor in Tamil Nadu on Wednesday, killing 13 of the 14 people on board, including his wife and 11 other armed forces personnel.

Israeli Prime Minister Naftali Bennett in a tweet said, "My thoughts & prayers are with the families of those who perished in the tragic helicopter crash in India. May their souls rest in peace".

"General Bipin Rawat was a true leader & true friend of Israel. Much strength to @narendramodi & the Indian people at this difficult time", Bennett added.

Defence Minister Benny Gantz, who in the past has served as the Israel Defence Forces' Chief of Staff, expressed condolences on behalf of the defence establishment and also "personal grief" on Twitter.

"I would like to extend condolences on behalf of Israel's defence establishment & to express my personal grief to the people of India & to the Indian defense establishment on the loss of Chief of Defence Staff Bipin Rawat, his wife & others who perished in the tragic accident", Gantz wrote.

"On behalf of the people of Israel, I extend my deepest condolences to the people and government of India on the loss of Chief of Defence Staff General Bipin Rawat, his wife, and the 11 other military personnel lost in today's tragic accident," Lapid tweeted.

Israeli Knesset's (Parliament) Speaker, Mickey Levy, also mourned the tragic loss. "On behalf of the Knesset and the citizens of Israel, I extend my heartfelt condolences to the Indian people on the shocking and tragic loss of Chief of Defence Staff General Bipin Rawat, his wife and 11 other military personnel," Levy wrote.

According to Israel's former Ambassador to India, Daniel Carmon, Rawat was likely to visit Israel soon.

Carmon knew Rawat personally and also shared on Twitter pictures of the CDS leading the Haifa Day ceremony in Jaipur in 2018 to celebrate the centenary year of the liberation of the Israeli northern coastal city from the Ottomans during World War I by Indian cavalry regiments.

"Mourning the loss of India's CDS General #BipinRawat, remembering his leadership at the head of the Nation's military. A great partner & friend @Israel's Defence establishment, he contributed to the strengthening of relations & was supposed to visit our country soon. Condolences," the former Israeli Ambassador to India wrote.

"General #BipinRawat led the #HaifaDay ceremony in Jaipur, in 2018. Tribute to the Indian forces who fought the 1st WW, liberating the city from the Ottomans and a sign of friendship to Israel too. I Was privileged to have known him. Om Shanti," Carmon tweeted.

General Rawat, along with his wife Madhulika Rawat who served as the President of Army Wives Welfare Association (AWWA), were on their way to Wellington, Tamil Nadu, on Wednesday when their helicopter crashed a few minutes before it was supposed to land.