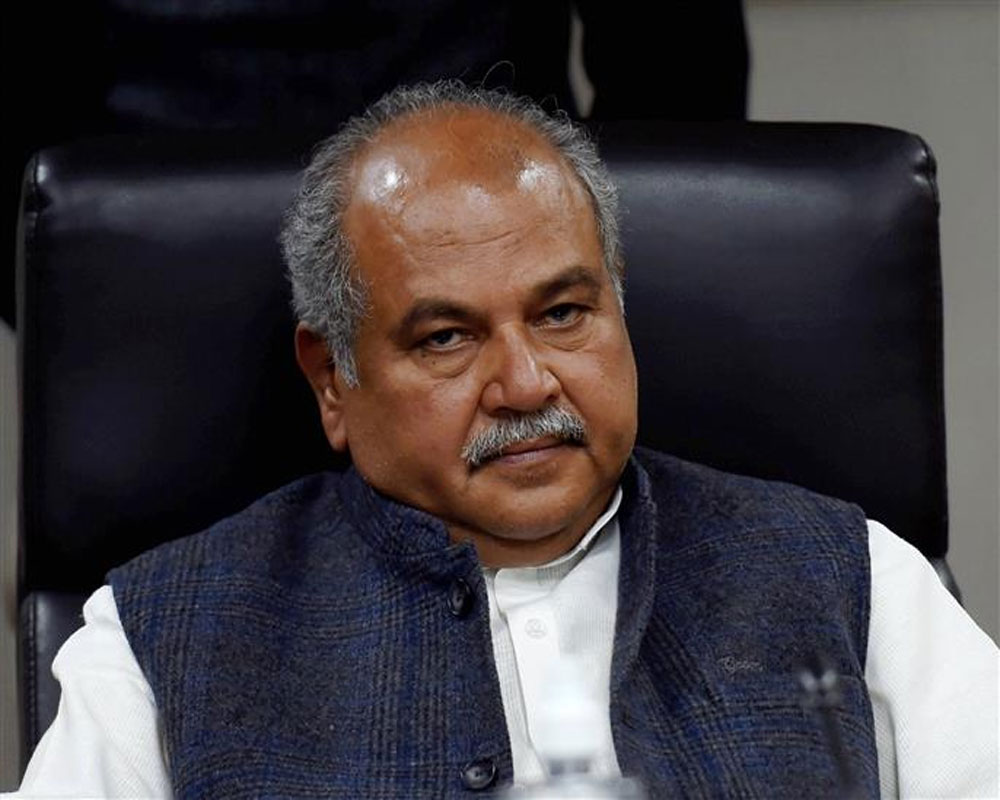 Agriculture Minister Narendra Singh Tomar on Thursday said the government is promoting the agriculture sector through reforms in the laws which seeks to bring revolutionary changes.

The government is focusing on the growth and strengthening of India's farming and rural sector, the minister said at an event organised by Asia Pacific Rural and Agricultural Credit Association and NABARD.

Tomar also highlighted various steps taken by his government during the last six-and-half years to boost the agriculture sector and enhance farmers' income, according to a release issued by his ministry.

He said the government transferred Rs 1.15 lakh crore directly into the bank accounts of nearly 10.75 crore farmers under the flagship PM KISAN programme.

He said that the government was setting up 10,000 farmer producer organisations (FPO) with an outlay of Rs 6,865 crore.

"Agriculture sector is being promoted through reforms in-laws. This is expected to bring revolutionary changes," Tomar said.

He also stressed that the government was making continuous efforts for the progress of India's rural and agriculture sector, which forms the basis of the economy.