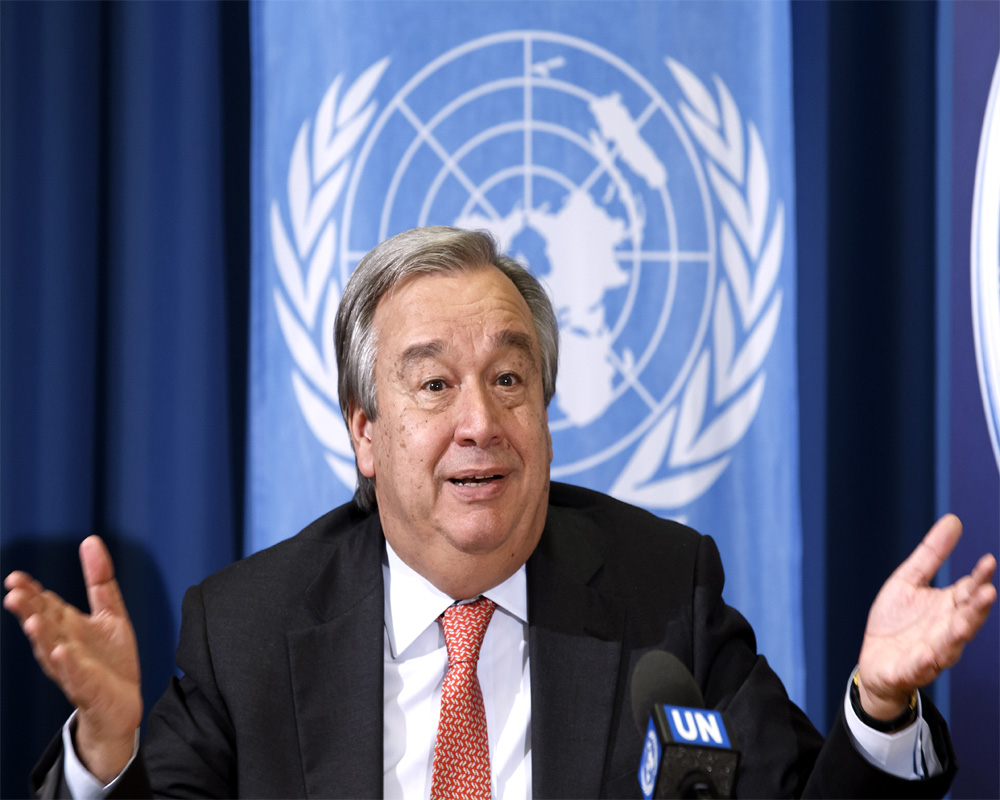 UN chief Antonio Guterres has appointed veteran French diplomat Jean Arnault as his personal envoy on Afghanistan and regional issues, authorising him to liaise with regional countries on his behalf to support negotiations between Kabul and the Taliban and implement any agreements reached between them.

“The Secretary-General has asked Arnault to assist in the achievement of a political solution to the conflict, working closely with the United Nations Assistance Mission in Afghanistan (UNAMA) and regional partners,” a statement issued here Wednesday said.

Arnault's responsibilities as Personal Envoy include to liaise, on behalf of the Secretary-General, with regional countries with the aim of supporting the negotiations between Afghanistan and the Taliban and implementation of any agreements which are reached. Given the importance of regional cooperation in support to Afghanistan, the Personal Envoy will seek to advance the good neighbourly relations contributing to peace in the country, Dujarric said.

The Taliban and the Afghan government are holding direct talks, aimed at ending decades of war that has killed tens of thousands of people and ravaged various parts of Afghanistan.

Arnault will work closely with Special Representative of the Secretary-General for Afghanistan Deborah Lyons and UNAMA, whose long standing work in support of the peace process as well as regional cooperation will continue, as mandated.

“As concerns the proposals for meetings in various formats, the Secretary-General remains ready to support initiatives for advancing the Afghanistan peace negotiations. The concurrence of the parties will underpin any progress toward a political settlement,” Dujarric said.

In addition to working closely with UNAMA, the Personal Envoy will rely on the UN Department of Political and Peacebuilding Affairs (DPPA). He will report through DPPA to the Secretary-General.

The veteran French diplomat has over 30 years of experience in international diplomacy focusing on peace settlements and mediation, with extensive background in United Nations missions in Africa, Asia, Europe and Latin America, including Afghanistan.

Dujarric said the UN is not sending anyone to the talks in Moscow.

The US and the Taliban reached an agreement in February 2020 that called for a permanent ceasefire, peace negotiations between the Taliban and the Afghan government, and a withdrawal of all foreign forces by May 1. There are about 2,500 US troops currently in the country.

The Taliban had their ouster at the hands of US-led troops in 2001.

The latest round of peace talks between the Taliban and Afghan government negotiators that began in January in Qatar has been off to a slow start as concerns grow over a recent spike in violence across Afghanistan.

The talks are taking place in Qatar where the Taliban maintain a political office.