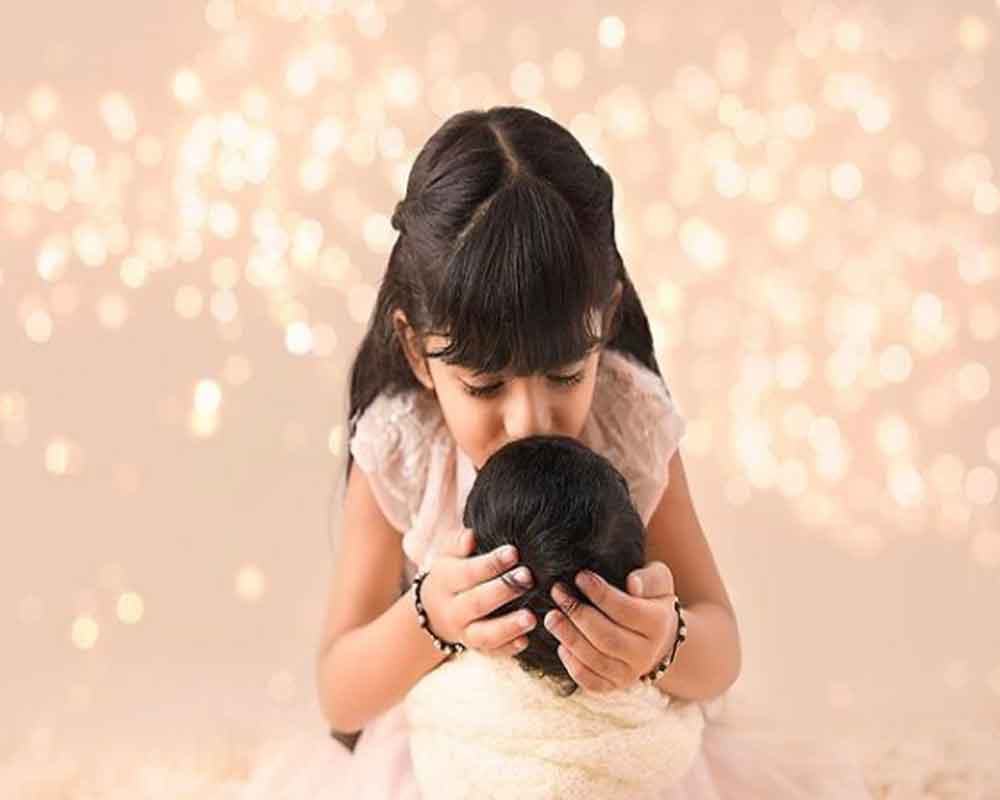 Actor Geeta Basra on Monday shared the first photograph of her newborn son and revealed she and her cricketer husband Harbhajan Singh have named the baby boy Jovan Veer Singh Plaha.

The actor and the former Indian off-spinner had announced the arrival of their second child on July 10.

Basra, 37, took to Instagram and posted a picture of her four-year-old daughter, Hinaya Heer Plaha, kissing the baby on his forehead.

The 41-year-old sports star also commented on Basra's post with heart emojis . The duo got married in 2015.

While Basra was last seen in the 2016 Punjabi film "Lock", Singh is gearing up for his full fledged acting debut in multi-lingual movie "Friendship". The film is slated to release later this year in Hindi, Tamil, Punjabi and Telugu.