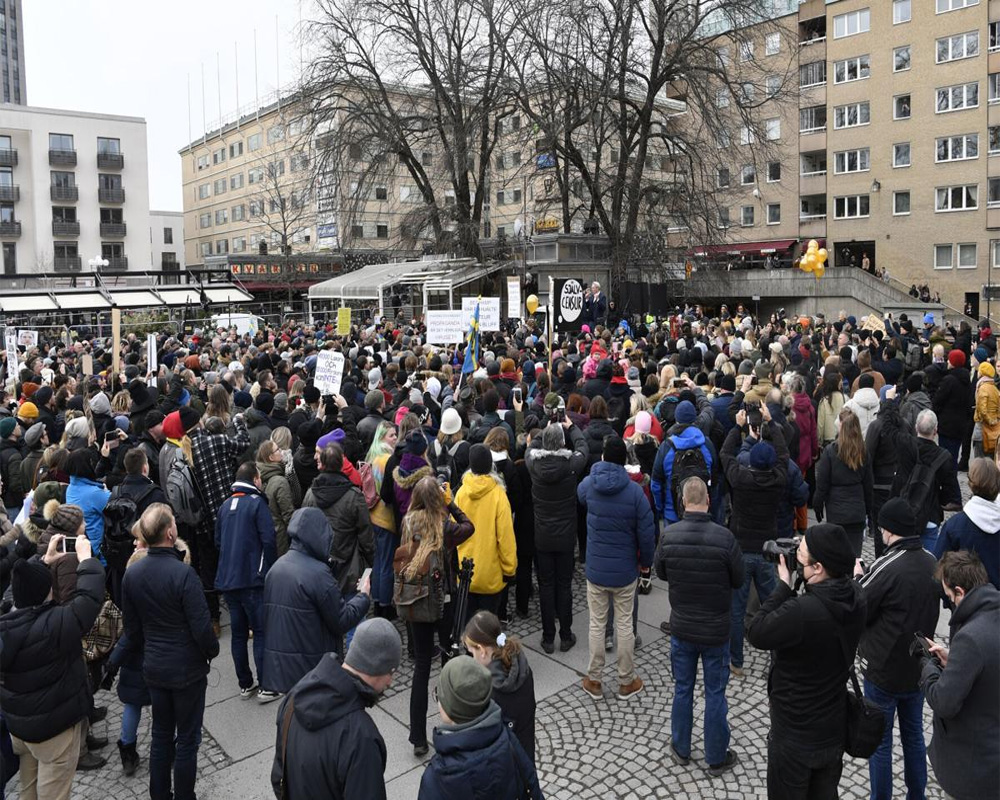 Swedish police dispersed hundreds of people who had gathered in central Stockholm to protest coronavirus restrictions set by the Swedish government.

Swedish authorities said Saturday's demonstration was illegal as it was held without permission. The rally was the first major protest against Sweden's coronavirus restrictions.

Stockholm police said on their website they decided to cut short the gathering just after it started when the number of participants exceeded the limits for public gatherings under Sweden's pandemic laws.

Video footage on Swedish media showed a sizable group of people without masks gathering in the Medborgarplatsen square in Stockholm not far from the Old Town. Local media estimated 300 to 500 people attended.

Swedish tabloids Aftonbladet and Expressen reported that the demonstration was dispersed largely peacefully but six police officers were injured after scuffles broke out between police and some protesters who didn't want to leave.

Aftonbladet said the rally was organised by a group named Freedom Sweden, which the paper said believes that COVID-19 rules restrict human freedom.

In the beginning of the pandemic, Sweden, unlike most other European countries, opted to keep its society largely open with few restrictions but the government has taken a substantially harder stance in the past few months.

Sweden has seen over 13,000 deaths in the pandemic, far more than its Nordic neighbors Denmark, Norway and Finland.