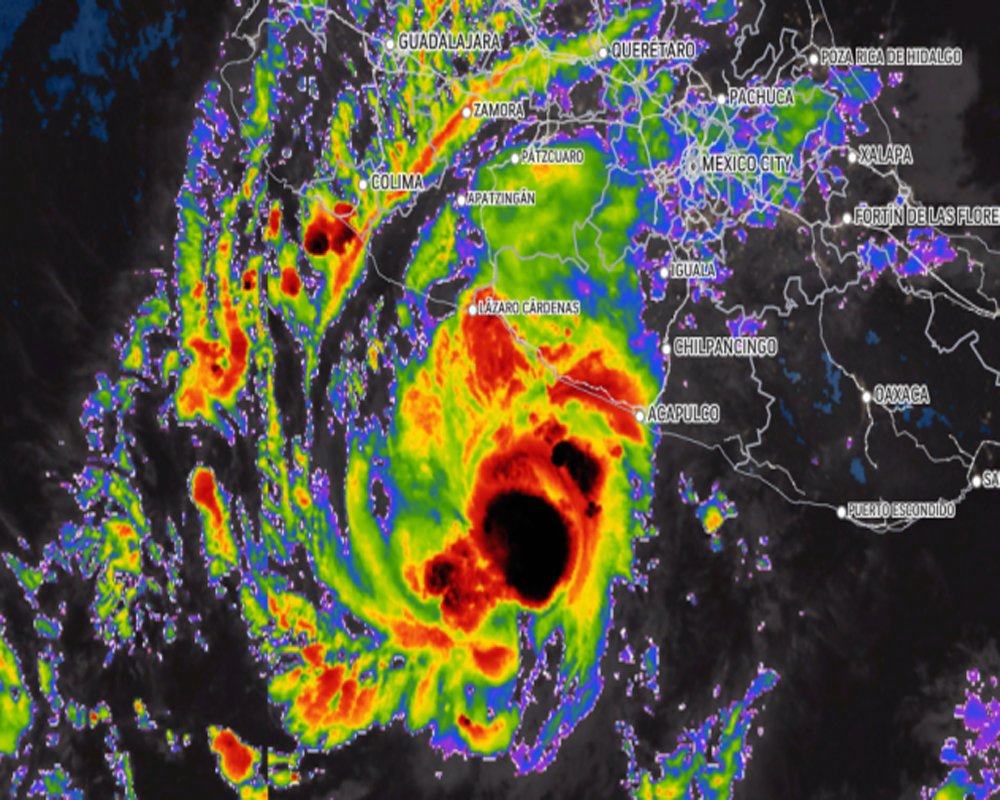 The US National Hurricane Center said Rick had winds as high as 85 miles per hour (140 kph) and was expected to hit somewhere around the seaport of Lazaro Cardenas and the resort of Zihuatanejo.

However, the hurricane's winds and rain could also affect the larger resort of Acapulco to the east.

The hurricane was centred about 95 miles (155 kilometers) south of Zihuatanejo at midafternoon and was moving north at 5 mph (7 kph).

The centre warned that Rick could produce flash floods and mudslides in the mountainous terrain on the coast.

"During its passage over land, it will cause intense to torrential rains and possible mudslides and flooding, as well as rising levels in streams and rivers, in the states of Guerrero, Michoacan, Colima and Jalisco," Mexico's National Water Commission said in a statement.

The seaport of Lazaro Cardenas said it had opened six emergency shelters for residents who might want to leave low-lying areas. The neighbouring state of Guerrero said rains and wind had already knocked over some trees and damaged a road.