India carries out successful trial of Python 5 missile from Tejas

India carries out successful trial of Python 5 missile from Tejas 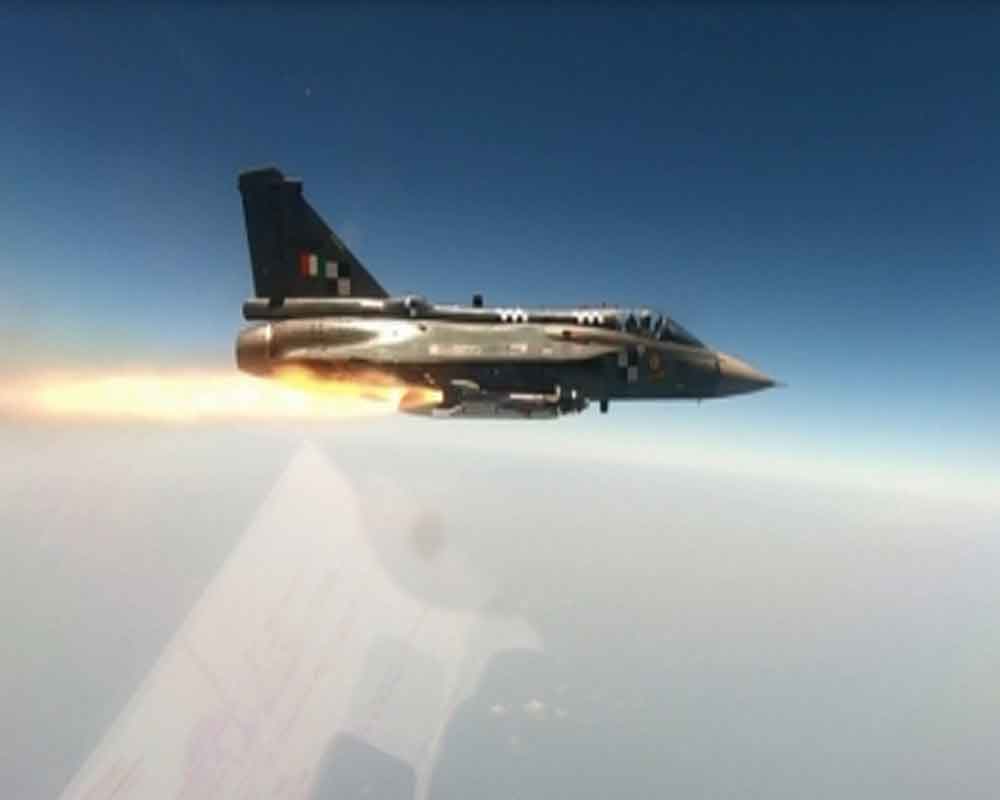 "Trials were also aimed to validate enhanced capability of already integrated Derby Beyond Visual Range (BVR) AAM on Tejas," the DRDO said in a statement.

Defence Minister Rajnath Singh congratulated the teams of DRDO, ADA, Indian Air Force, HAL and all involved in the trial.

The test firing in Goa completed a series of missile trials to validate its performance under extremely challenging scenarios. The Derby missile achieved direct hit on a high-speed maneuvering aerial target and the Python missiles also achieved 100 per cent hits, thereby validating their complete capability.

"The trials met all their planned objectives," the DRDO stated.

Prior to the trials, extensive missile carriage flight tests were conducted in Bengaluru to assess integration of the missile with aircraft systems onboard the Tejas, like Avionics, Fire-control radar, Missile Weapon Delivery System and the Flight Control System.

In Goa, after successful separation trials, live launch of the missile on a Banshee target was carried out. Python-5 missile live firing was conducted to validate target engagement from all aspects as well as beyond visual ranges. In all the live firings, the missiles hit the aerial target.