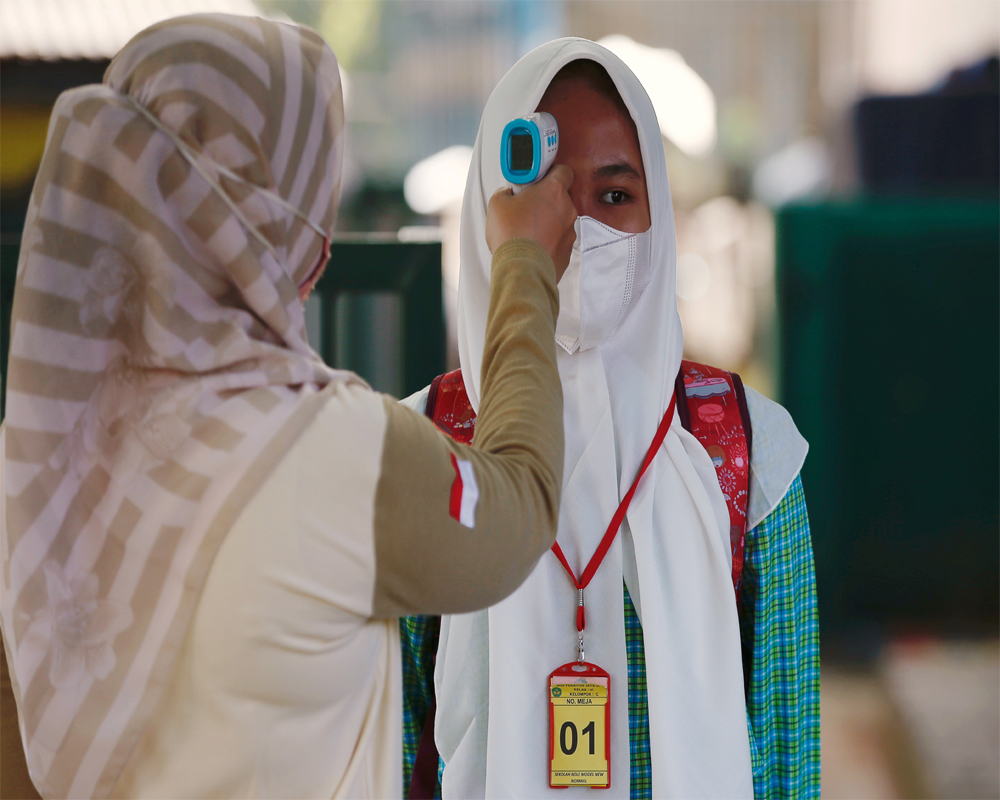 The Indonesian Ministry of Health has announced the detection of 211 new Covid-19 variant cases, including 116 of the Delta strain.

The Ministry's R&D Agency said on Wednesday that of the remaining variant cases, 45 were of the Alpha variant and six cases were of the Beta variant, reports Xinhua news agency.

The Delta variant was identified in nine provinces, with the highest number in Central Java (80), followed by capital city Jakarta (57), and East Java (10).

The Alpha variant was found in over 10 provinces with the highest number in Jakarta (33), while the Beta strain has spread to Jakarta (4), East Java (1), and Bali (1).

Indonesia on Wednesday recorded 15,308 new cases of Covid-19, the highest daily spike, which increased the total tally to 2,033,421, according to the Ministry.

Additional 7,167 recovered patients were discharged from hospitals, raising the total number of recoveries in the Southeast Asian country to 1,817,303.

The pandemic has spread to all of Indonesia's 34 provinces.