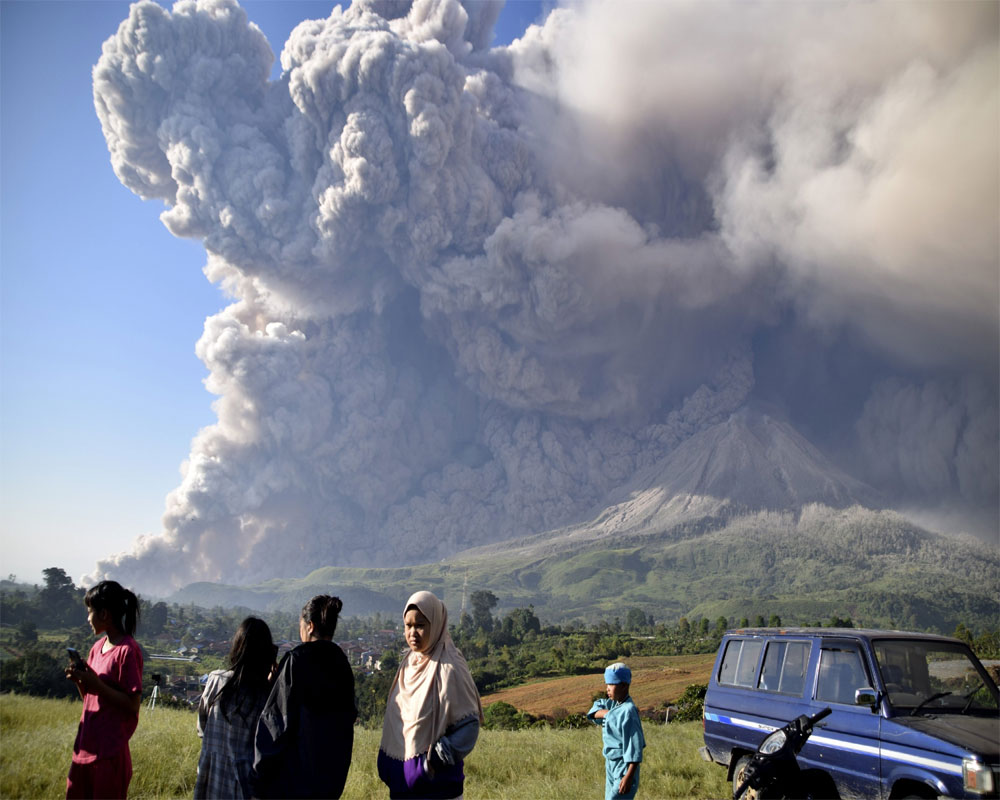 Indonesia's Mount Sinabung was erupting Tuesday, sending volcanic materials as high as 5,000 meters (16,400 feet) into the sky and depositing ash on nearby villages.

Activity at the volcano in North Sumatra province increased over the past week, with authorities recording 13 times when it released ash clouds.

There have been no fresh evacuations due to the activity and no reports of disruptions to flights in the region.

The volcano, one of two currently erupting in Indonesia, has sporadically come to life since then.

Some 30,000 people have been forced to leave homes around Sinabung in the past few years.

Sinabung is among more than 120 active volcanoes in Indonesia, which is located on the "Ring of Fire,” an arc of volcanoes and fault lines encircling the Pacific Ocean.