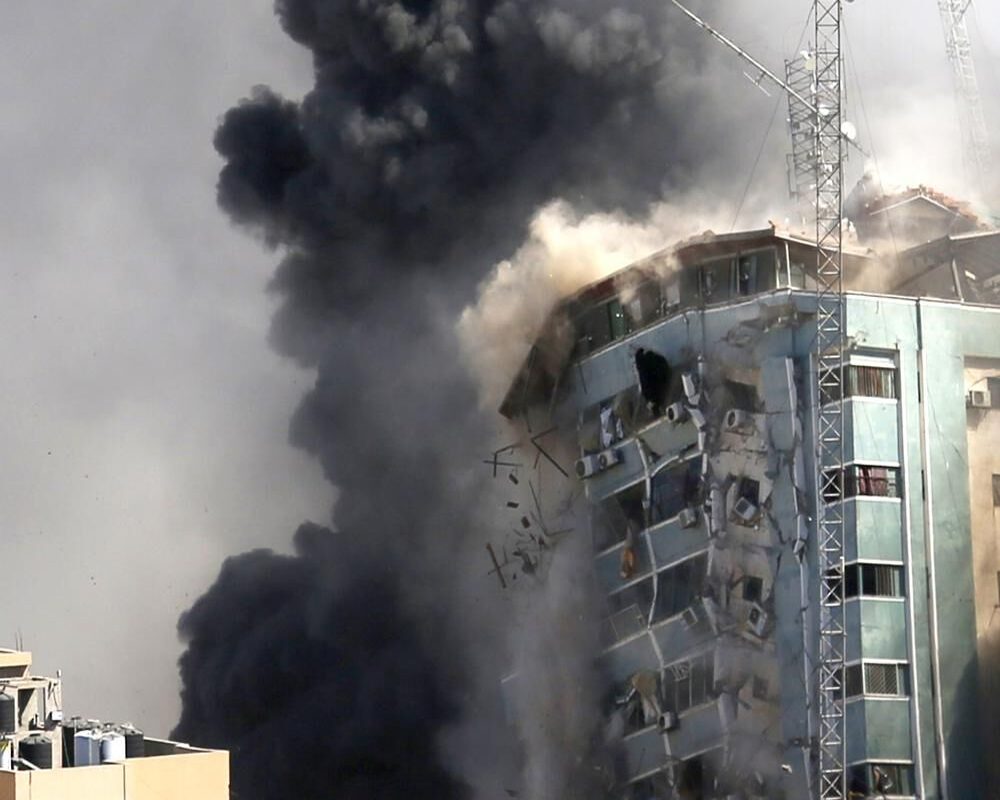 According to photos circulated by residents and journalists, the airstrikes created a crater that blocked one of the main roads leading to Shifa, the largest hospital in the strip.

The Health Ministry said the latest airstrikes left at least two dead and 25 wounded, including children and women. It said rescuers are still digging through the rubble and had so far pulled up five more wounded.

Two hours into the heavy bombardment, there has been no comment from the Israeli military.