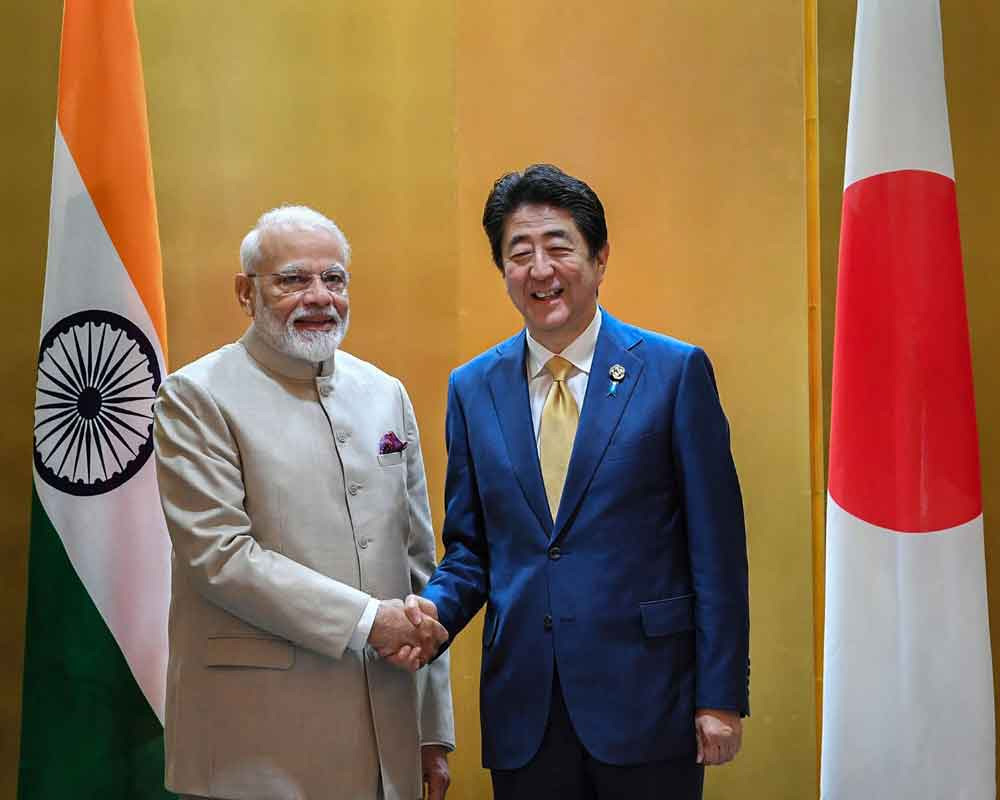 Japan on Friday finalised loans and a grant totalling around 233 billion yen (USD 2.11 billion) for several key infrastructure projects, including for the fourth phase of the Delhi Metro.

The financial assistance included a grant of 4.01 billion yen for a project for the improvement of power supply in strategically located Andaman and Nicobar Islands, according to the Japanese Embassy here.

It said notes on the loans and the grant were exchanged between CS Mohapatra, additional secretary in the Department of Economic Affairs of the Finance Ministry, and Japanese Ambassador Satoshi Suzuki.

The grant of 4.01 billion yen is Japan's first ever official development assistance (ODA) to a project in the Andaman and Nicobar islands.

"Due to its geopolitical location, Andaman and Nicobar Islands play a crucial role in our shared vision for a free, open and inclusive Indo-Pacific," an official from the Japanese Embassy said on the condition of anonymity.

"Cooperation between Japan and India on these crucial islands demonstrate the commitment of both countries to realising a stable, peaceful and prosperous Indo-Pacific," the official added.

Both India and Japan have been expanding cooperation in the Indo-Pacific region bilaterally as well as under the framework of the Quad grouping. Besides India and Japan, Quad comprises the US and Australia.

Japan has been supporting the Delhi Metro project from its beginning and has cumulatively extended 705,206 million Japanese Yen (approximately Rs 47,000 crore) in ODA loans since 1997.

According to the embassy, Japan has also decided to extend a loan of upto 11.30 billion yen for phase two of Himachal Pradesh crop diversification promotion project.

Another loan of 45.816 billion yen is being given for phase two of Rajasthan rural water supply and fluorosis mitigation project.

The project aims at providing sustainable and safe water supply by constructing water treatment plants and related facilities, including a vast distribution network in Jhunjhunu and Barmer districts in Rajasthan.