Japan to put Osaka, 2 other areas under virus semi-emergency

Japan to put Osaka, 2 other areas under virus semi-emergency 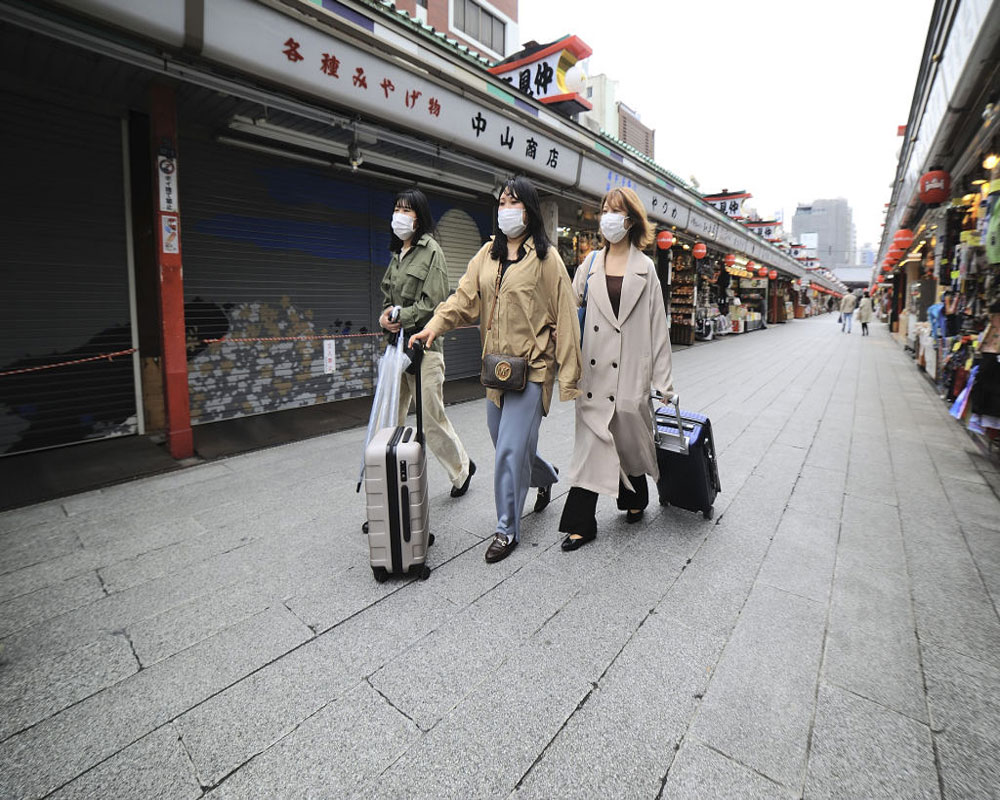 Japan is set to designate Osaka and two other prefectures for new virus control steps Thursday as infections in those areas rise less than four months before the Tokyo Olympics.

Osaka, neighbouring Hyogo and Miyagi prefecture in the north have had sharp increases in daily cases since early March, soon after Japan scaled down its partial and non-binding state of emergency that began in January. Japan lifted the state of emergency in the Tokyo area on March 21, fully ending the measures aimed at slowing the coronavirus and relieving pressure on medical systems treating COVID-19 patients.

Experts have raised concerns about Osaka's rapid spike and the burden on its medical systems. An international figure skating event is scheduled in mid-April in Osaka city, which will be placed under the new measures.

The government is to formally announce the measures later Thursday. Economy revitalization minister Yasutoshi Nishimura told a government panel meeting the three prefectures would be designated for semi-emergency status under a new rampancy prevention law beginning next Monday for one month.

The law enacted in February is designed to target specific municipalities as a pre-emergency measure and allows prefectural leaders to request or order business owners to shorten operating hours and take other steps. It allows compensation for those who comply and fines for violators.

Japan has so far managed the pandemic much better than the United States and Europe without imposing a binding lockdown. But Prime Minister Yoshihide Suga's government has been struggling to control the spread of the virus while minimizing damage to the economy.

Japan had 474,773 cases and 9,162 deaths as of Wednesday, according to the health ministry. Osaka reported 599 daily new cases Wednesday, surpassing Tokyo's 414.

Dr. Ryuji Wakita, director-general of the National Institute of Infectious Diseases who heads a government COVID-19 advisory board, told reporters Wednesday a new upsurge has already started in parts of the country, including western and northern Japan.

He said infections from new variants of the virus believed to be more contagious are rapidly on the rise in the Osaka region.