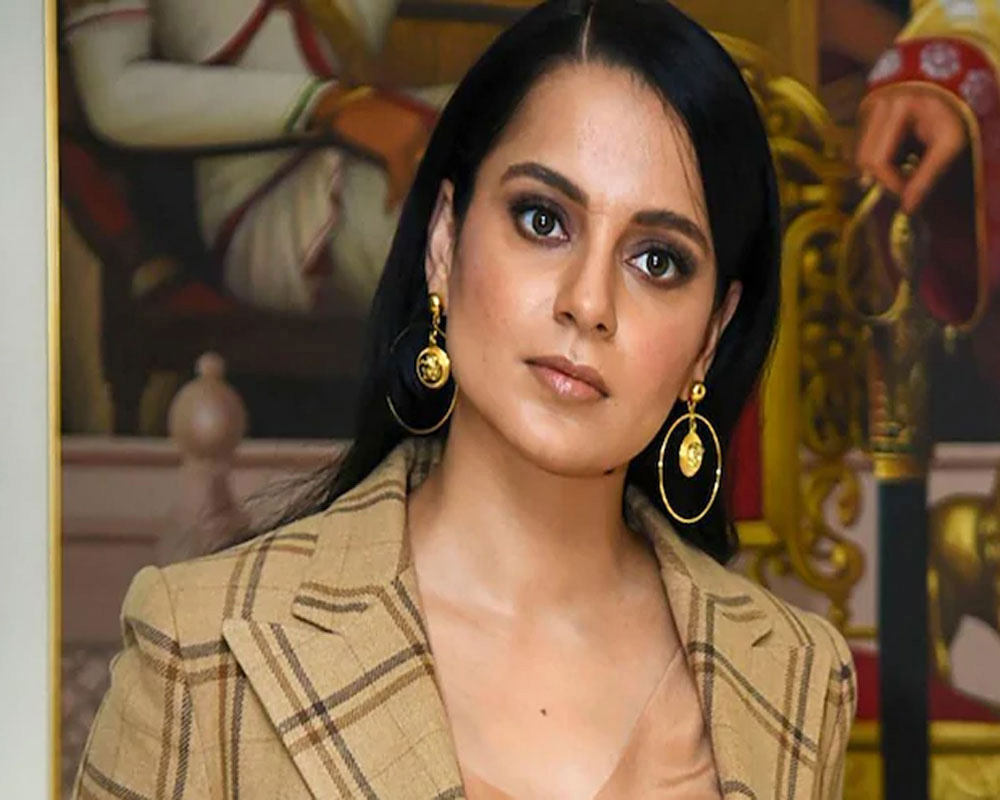 Actress Kangana Ranaut on Thursday declared she would soon reveal the name of a "jilted obsessed lover" she had "a small fling with". Kangana accused the person of running smear campaigns on social media against her.

"The man behind this particular social media smear campaign is a jilted obsessed lover I had a small fling with, he is faking a high profile relationship but won't marry the kid cause he has many skeletons in his closet, I will reveal his name with solid proofs, hang in there," Kangana tweeted.

"My team has tracked down this source, from where the money for smear campaigns flowing, we found unidentified companies and fake emails from where the information and memes along with money generate, but deep down I know who this is. When the time is right I will reveal his name," the actress wrote in another tweet.

Kangana further alleged that paid trolls are actively being circulated, trying to ruin her image on Instagram, adding that the mafia racket harasses outsiders and had also ganged up against Sushant Singh Rajput which eventually led to his death.

"Just last week I lost more than 5 lakh followers on Instagram, this is mafia racket, they gang up on you boycott you and if that leaves you happy and content they ruin your image and brand that's how they killed Shushant, that's how they harass outsiders who don't need them for work," the actress wrote.

"There are paid smear campaigns happening on Instagram as well... many derogatory memes and fake information about me being spread, Instagram is also paid as my followers numbers automatically drop, fans who unfollow don't even realise it. I know who is behind it," she added.

"How much you are suffering... There is a proper investment of troll army, creative ka budget to make memes, to write lies to spread smear campaigns uuffff movie mafia + political mafia + jaded actors who are rejected lovers, you are jealous of even a fruit bowl," the actress wrote in Hindi and English.

In a separate tweet, the actress claimed that trollers don't hate her but do the job for a little amount of money.

"Not hatred I genuinely believe they don't hate me, it's those naughty 20 ruppees they get per tweet for spreading fake propaganda and smear campaigns against me which are the real culprit," she tweeted.

It all began after Kangana tweeted a picture of a breakfast smoothie made by her on Thursday morning. A section of netizens claimed that the photo is the same as an image available on Google. Soon after the actress threatened to expose names and spoke about paid smear campaigns, many troll accounts deleted their comments on her tweet.