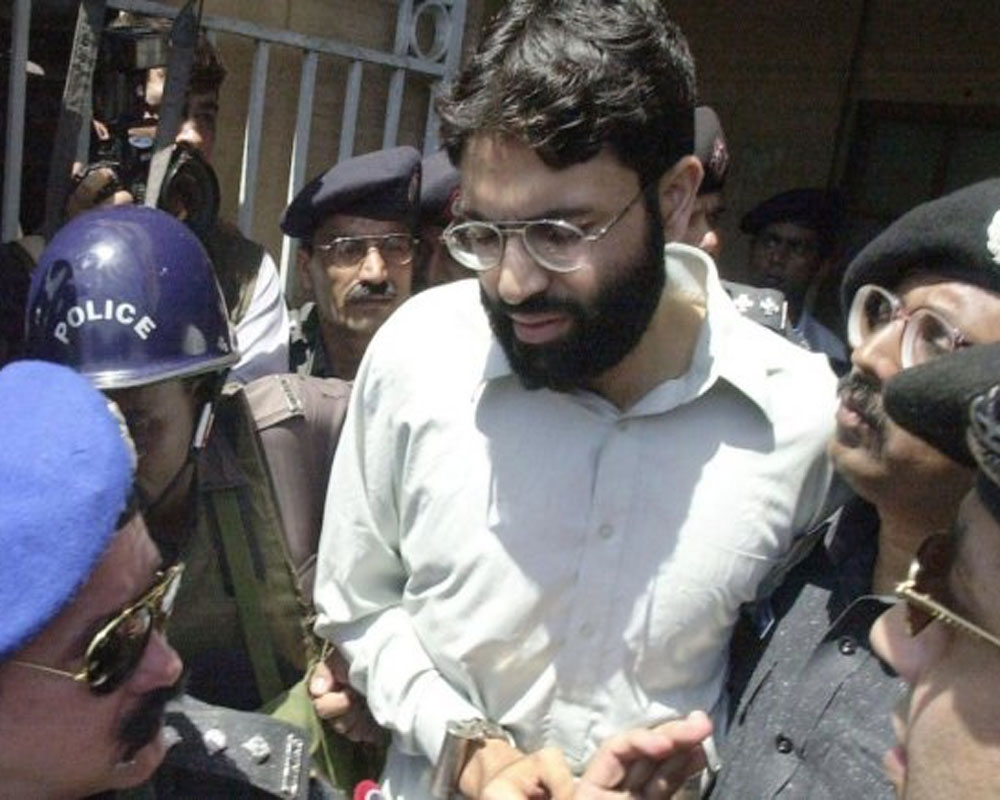 Pakistani authorities on Monday shifted British-born al-Qaeda terrorist Ahmed Omar Saeed Sheikh, the main accused in the sensational kidnapping and murder of US journalist Daniel Pearl, from Karachi to Lahore due to "security concerns", officials said.

In February, the Supreme Court ordered the authorities to shift 46-year-old Sheikh from the death row cell of the Central Prison in Karachi to a rest house run by the government. Following the court order, the Sindh Home Department issued a notification to shift him to a newly-built facility within the boundaries of the prison.

According to officials, Sheikh was shifted from the rest house to a cell of the Punjab Counter-Terrorism Department.

A Punjab Counter-Terrorism Department (CTD) spokesperson also confirmed that Sheikh has been moved to Lahore due to "security concerns". He, however, didn't elaborate on what these concerns are.

“Sheikh has been moved to a CTD cell in Lahore," the spokesperson said.

Pearl, the 38-year-old South Asia bureau chief for The Wall Street Journal, was abducted and beheaded while he was in Pakistan investigating a story in 2002 on the links between the country's powerful spy agency ISI and al-Qaeda.

In April 2020, the Sindh High Court commuted the death sentence of Sheikh to seven years imprisonment in the case. The court also acquitted his three aides who were serving life terms in the case -- almost two decades after they were found guilty and jailed.

The Sindh government and the family of Pearl filed petitions in the apex court, challenging the high court verdict.

In January, the Supreme Court dismissed their appeals against the acquittal of Sheikh and ordered his release, a judgement denounced by the American journalist's family as "a complete travesty of justice."

The US government also asked Pakistan government to ensure that those involved in murdering Pearl should be punished.

The Sindh government filed a review petition in the apex court against the acquittal of Sheikh and his three accomplices.

The shifting of Sheikh from Karachi comes as the Supreme Court is set to resume on March 25 the hearing of the Sindh government's petition involving Sheikh.

Voicing outrage over the acquittal of Sheikh and his aides, the White House had asked Pakistan to expeditiously review its legal options, including allowing the US to prosecute them to secure justice for Pearl's family.

Amid mounting pressure from the US and the UN, the federal government filed an application before the apex court to be allowed to join as a party in the proceedings and further seek review and recall of the court's January 28 judgement.

The apex court on February 1 rejected the government's request to suspend the order to release Sheikh and his three aides - Fahad Naseem, Sheikh Adil and Salman Saqib - in the case but extended their interim detention order by one day to hear the government's position on the case.

A day later, the court ordered immediate removal of Sheikh from the death row cell to a government rest house with the provision of facilities for a normal life, albeit without access to the outside world through telephone, internet, etc.

The directives were issued after Attorney General Khalid Jawed Khan and Sindh Advocate General Salman Talibuddin expressed concern that if Sheikh was released, he might go underground.