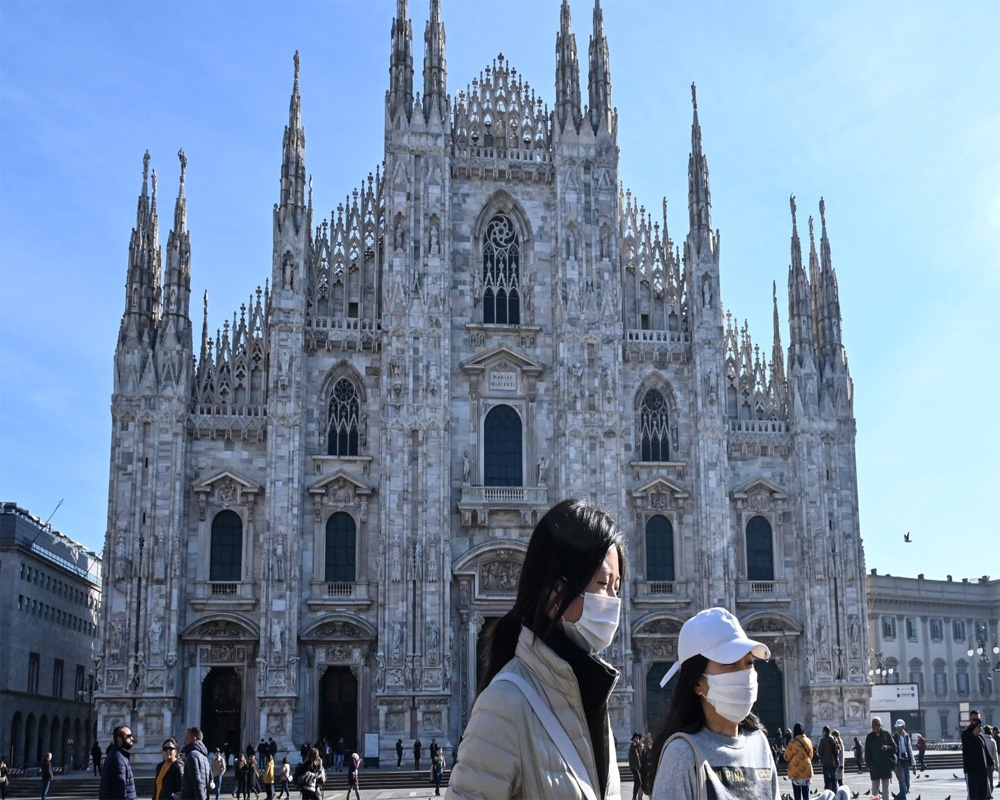 Italy surpassed 100,000 dead in the pandemic, a year after it became the first country in Europe to go on lockdown in a bid to stop the spread of COVID-19.

The Italian Health Ministry on Monday said 318 people had died in the last 24 hours, bringing the total to 100,103, the second highest in Europe after Britain.

Italy recorded its first virus death on February 21, 2020, when 78-year-old retired roofer Antonio Trevisan from a winemaking town west of Venice who had been hospitalised with heart issues died.

Nearly 14,000 new positives were recorded Monday as the number of people in ICUs rose to 2,700 -- 95 more than a day earlier. Italy imposed a draconian nationwide lockdown last March 9, which continued for seven weeks and included a shutdown of all non-essential manufacturing.