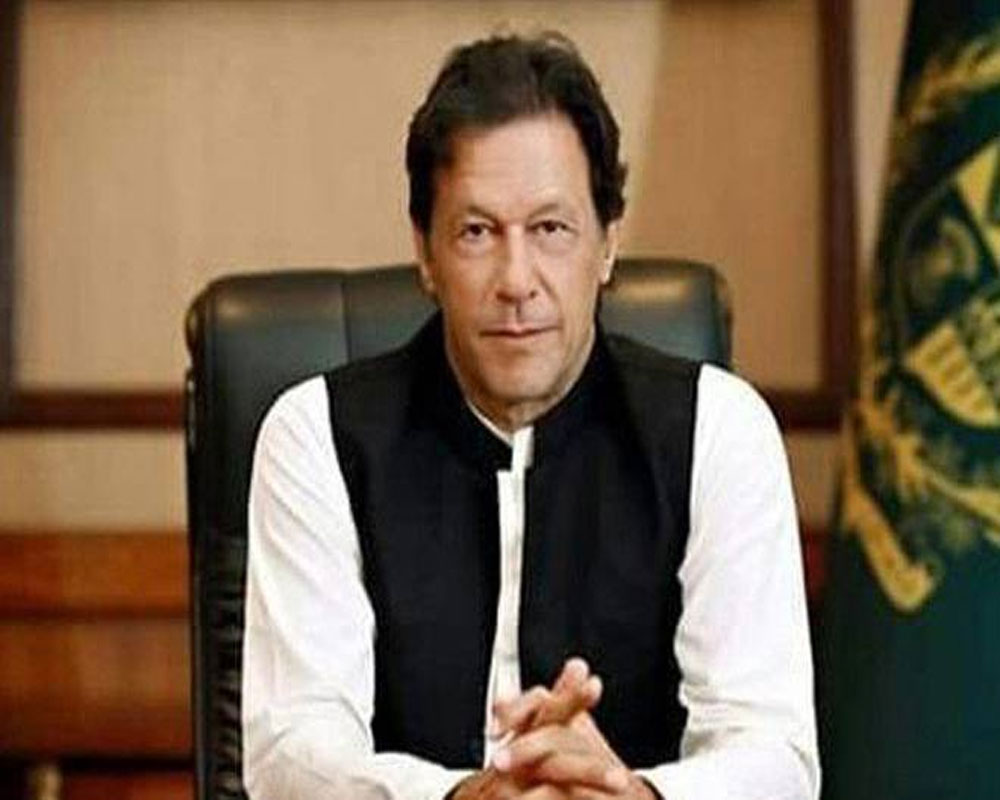 Pakistan Prime Minister Imran Khan has come under severe criticism from both the opposition and the public for holding an in-person meeting with his media team despite being infected with the novel coronavirus, according to a media report on Friday.

Khan, 68, tested positive for the coronavirus on Saturday last, just a couple of days after receiving an anti-COVID vaccine. First Lady Bushra Bibi also tested coronavirus positive the same day. Khan received the first shot of the Chinese-produced Sinopharm vaccine, the only anti-COVID jab available in Pakistan, on Thursday as part of the nationwide anti-coronavirus vaccination campaign which is underway in its first phase.

The criticism of the prime minister began soon after a picture of the meeting was posted on social media by Information and  Broadcasting minister Shibli Faraz and another lawmaker Faisal Javed, who attended the meeting.

The picture showed Khan, clad in a grey tracksuit and joggers, sitting in a room on a sofa at some distance from his media team comprising Faraz, Javed, Yousuf Baig Mirza and Zulfiqar Abbas Bukhari.

According to the Dawn newspaper, Khan presided over the meeting at his Banigala residence on Thursday.

“Interestingly, none of the government's spokesmen could defend the prime minister adequately on his act of chairing a meeting during the quarantine period and many of them avoided to engage media personnel over the issue,” the report said.

In messages posted on social media platforms, people wondered whether it was necessary for the prime minister to hold an in-person meeting. They asked why he did not chair the meeting through one of the many video conferencing applications available.

According to the SOPs formulated by National Command and Operation Centre (NCOC) -- the main national body set up to control the pandemic -- a COVID-19 patient has to be quarantined for nine to 14 days. However, Prime Minister Khan attended the meeting only four days after testing positive for the disease.

When contacted, Planning and Development minister and NCOC Chairman Asad Umar said the SOPs only suggested precautions and participants of the meeting were sitting at a reasonable distance from the prime minister.

He, however, admitted that it was better to avoid such meetings during the quarantine period.

Yousuf Baig Mirza, who was among those present at the meeting, rejected the criticism and said the meeting was held after taking all precautionary measures as per the SOPs.

“We did not touch each other and all of us were wearing masks. We did not take anything to eat and drink and sat with a reasonable distance from the prime minister during the 45-minute meeting,” he said.

Commenting on Khan's meeting, he said: “There are chances of transmission of coronavirus. If it is necessary to hold meetings, the prime minister should use the option of video conferencing as the virus rapidly spreads in closed areas.”

Pakistan Muslim League-Nawaz's information secretary Marriyum Aurangzeb said Khan violated the SOPs and gave a message to the entire nation that there was no need to follow them.

The heads of states and governments should set examples for the public. “But here the prime minister is himself encouraging people to violate the SOPs,” she was quoted as saying by the report.