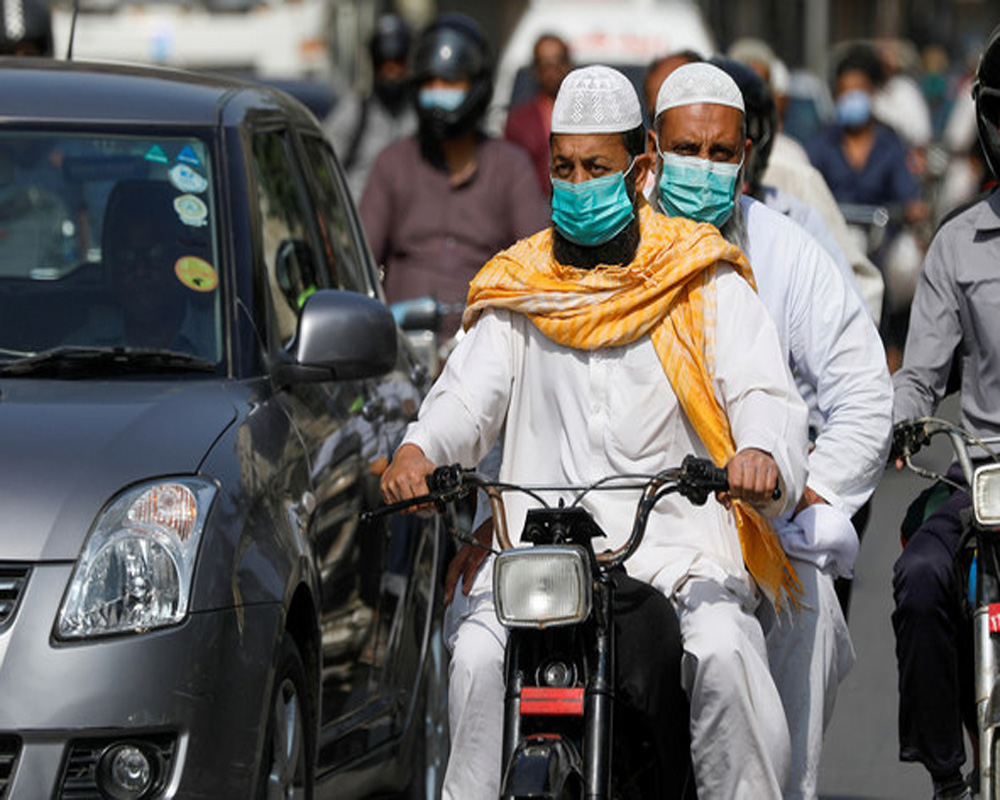 Pakistan on Saturday recorded its highest single-day increase in the coronavirus infections this year with 3,876 new cases as the positivity rate reached 9.4 per cent in the country.

The data showed that 579,760 people recovered so far but some 2,122 were in a critical condition.

Islamabad Deputy Commissioner Hamza Shafqaat tweeted that 747 new coronavirus cases were detected in the capital on Friday, the highest number of daily infections ever recorded in the city.

He said the district administration had started a crackdown on violations of SOP (standard operating procedures).

Islamabad district administration announced that both indoor and outdoor dining in restaurants of the capital will be closed after 10pm along with all other commercial activities other than essential services link drug stores.

However, takeaway services were allowed to keep the restaurants functional.

The measures came as the government announced plans to import one million doses of COVID-19 vaccines from China by the end of this month, according to Minister for Planning Asad Umar.

“First consignment would reach by March 25 and the second one on March 30. The government will acquire more [COVID-19 vaccines] next month. We are bringing these vaccines from two different companies in China,” he told Geo TV.

He also urged the people to follow the standard operating procedures (SOPs) in letter and spirit, warning that the government would be forced to place stronger restrictions if the situation continued to deteriorate.