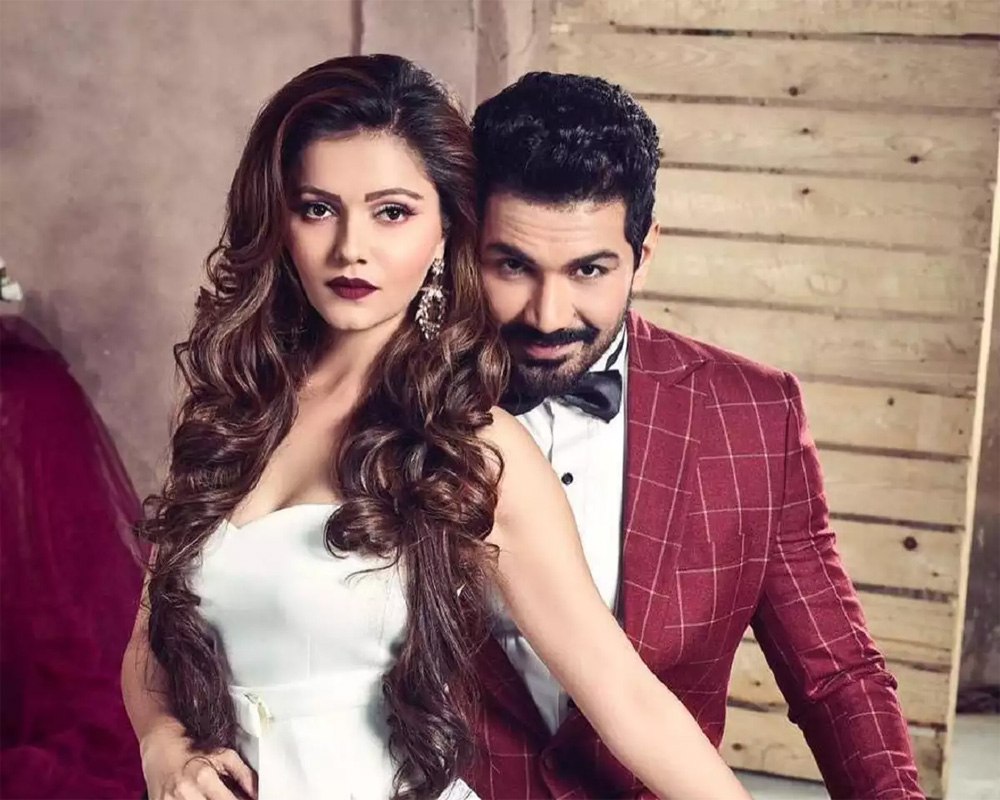 TV actor Rubina Dilaik, who won season 14 of "Bigg Boss", says she and husband Abhinav Shukla have developed a new sense of understanding in their relationship following their stint in the reality show and now plan to renew their marriage vows.

Dilaik, known for featuring in TV serials such as "Chotti Bahu" and "Shakti - Astitva Ke Ehsaas Ki", had tied the knot with "Silsila Badalte Rishton Ka" star in June 2018.

The 33-year-old actor and Shukla, 38, entered the house together where Dilaik remained an audience favourite right from the show's debut in October.

Throughout the journey of almost five months on the show -- where Shukla was evicted towards the end -- the couple opened up about their marital troubles and revealed they were heading for a divorce before deciding to join "Bigg Boss".

In an interview with PTI, Dilaik said the couple has found their happy space and are planning to get married, again.

"We are going to renew our marriage vows. We have not been able to talk and plan about it as I have been extremely occupied after coming back from the house. But definitely there's something around the corner," the actor said.

The latest season of the Colors reality show put to test the couple's bond. While there were occasions when tempers flared and they hit rock bottom, Shukla and Dilaik remained each other's solid emotional anchors.

She credited the show for making them understand each other better.

"We have found strength in our relationship, different dynamics and more understanding. We have also found immense amount of patience. There's a lot that we are taking back from the journey we experienced together."

Due to the enclosed set up of "Bigg Boss", Dilaik said, they had no options but to confront their marital issues and work towards resolving them.               "In the house, you can't run away from arguments, you don't have that option. You have to be with each other -- fight or take a flight. When a situation arises, you learn new ways to deal with it. That has made us stronger, given us a sense of understanding of how well we can take care of each other," she added.

In the grand finale, held on Sunday, Dilaik emerged as the top contestant with singer Rahul Vaidya following her as the first runner-up.

Actor Nikki Tamboli, who re-entered the show after being evicted, was the second runner-up, followed by actor Aly Goni who stood fourth.

Moments before she was announced the winner by the show's host, superstar Salman Khan, Dilaik said she felt numb.

"On stage, I had this feeling of nothingness. I simply wanted to soak in that environment, be in the moment. I was with a complete clean slate on stage," she said.

Dilaik was one of the most popular contestants on the show, having built a reputation of being fearless, taking a stand and fighting for her closed ones.

There was, however, also criticism of her behaviour with a section of audience calling out her aggression and stubbornness in accepting mistakes.

The actor said there is "definitely a change" in her post the show.

She has also been able to overcome her fear of failures and learnt to embrace rejections.

"The house taught me that every failure is a stepping stone towards success, never feel ashamed to embrace your flaws. My intention to do this was to carve a niche in everybody's hearts.

"Winning the show was a play of destiny. I didn't see the win coming, but I had the desire to leave a mark and my legacy behind," she added.