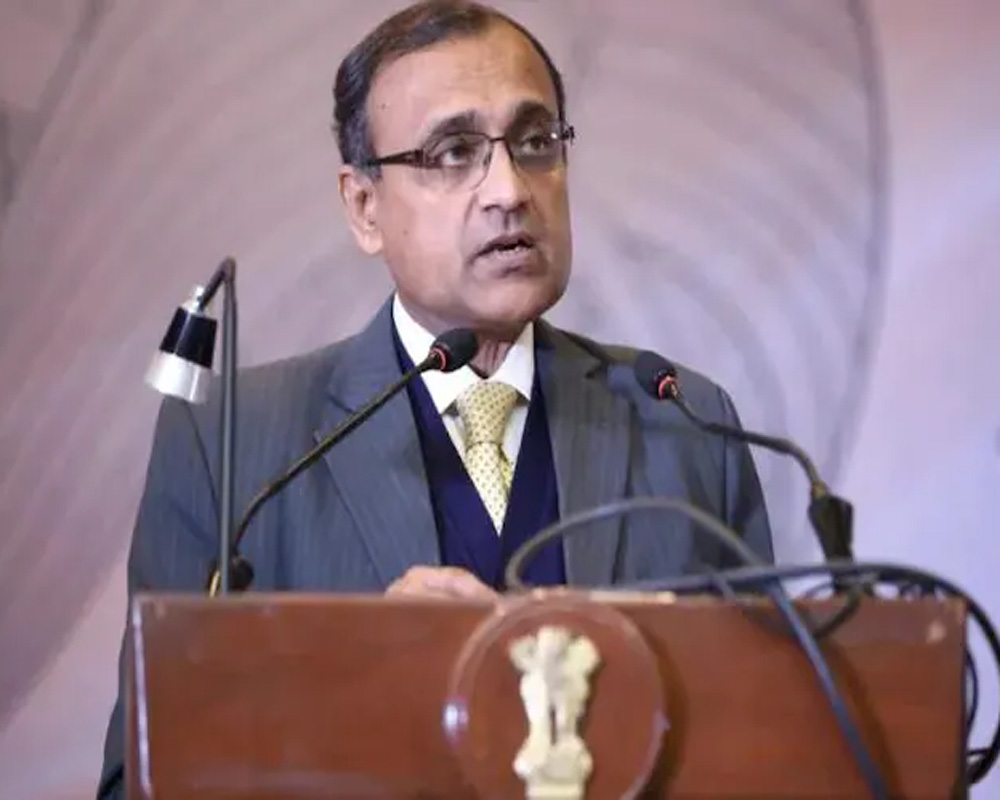 India's Permanent Representative to the UN Ambassador T S Tirumurti has virtually called on US President Joe Biden and underlined India's commitment to reformed multilateralism, counterterrorism, UN peacekeeping and assistance provided to nations amid the pandemic through shipments of COVID-19 vaccines.

Biden on Thursday virtually hosted the 15 Ambassadors of the UN Security Council on Thursday.

“Privileged to virtually call on @POTUS Biden with Ambs/PRs of #UNSC," Tirumurti tweeted after the meeting.

The White House said in a statement that Biden “reaffirmed the US commitment to values-based global leadership and re-engagement with international institutions, in particular the United Nations.”

The US is the President of the Security Council for the month of March.

Tirumurti said he underlined India's commitment to "reformed multilateralism, democracy, pluralism & rule of law, maritime security, UN peacekeeping & counterterrorism, development for all, #VaccineMaitri and #COP26" during the virtual call with the US President.

Biden also noted the need for the UNSC action on a range of regional crises, including those in Myanmar, Ethiopia, Libya, Syria, and Yemen. Biden reiterated the importance of working with global partners and through multilateral institutions to end the pandemic, improve global health security, and ensure that “our nations drive an equitable and sustainable economic recovery.”

Biden also announced to the gathering of the 15 UNSC ambassadors that Washington intends to formally join the United Nation's Group of Friends on Climate and Security, the White House statement said.

Biden also thanked US Ambassador to the UN Linda Thomas-Greenfield for her stewardship as the United States holds the Presidency of the Council this month.

He was joined by Special Presidential Envoy on Climate John Kerry and Principal Deputy National Security Advisor Jon Finer, who briefed the group on US priorities regarding climate change and regional security issues, respectively, the statement added.

Thomas-Greenfield tweeted “So pleased to welcome the UN Security Council to the White House for a virtual visit with @POTUS. Under President Biden's leadership, America is back and re-engaging the United Nations to advance peace and security for all.”

Prime Minister Narendra Modi had outlined his vision of reformed multilateralism during his address to the 75th session of the UN General Assembly, stressing that “Reform in the responses, in the processes, and in the very character of the United Nations is the need of the hour”.

He had also said that as the world's largest democracy, India will bring “our years of rich developmental experience for the benefit of the whole world.”

Under India's ‘Vaccine Maitri' initiative, which translates into Vaccine Friendship, the country is providing vaccines to nations across the world - from India's immediate neighbours to countries in Latin America and Africa - and is a significant source of supply to the COVAX facility.

More than 58 million Made in India coronavirus vaccine doses have reached about 70 countries in recent weeks.

Last month, India had announced a gift of 200,000 COVID-19 doses for UN peacekeepers. The 200,000 doses essentially mean that it will be possible to administer the required double doses of COVID vaccines to all UN peacekeepers across all 12 missions.

On terrorism, India has stressed for a zero-tolerance approach and the need for nations to speak with one voice against the global scourge. India also welcomed the US rejoining the Paris Climate Agreement and the two countries will work together in the run-up to COP26, the 26th UN Climate Change Conference of the Parties (COP26) in Glasgow in November this year, to meet the Paris agreement commitments.