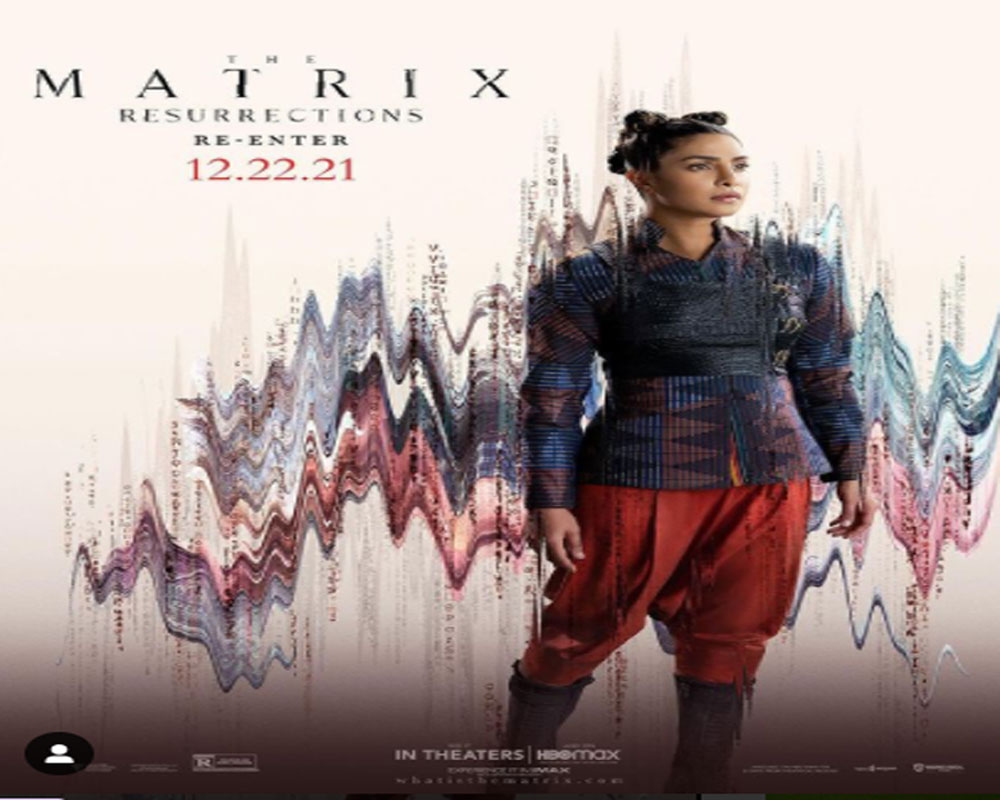 The upcoming fourth chapter in the popular sci-fi film franchise, "The Matrix Resurrections", is written and helmed by Lana Wachowski, who along with her sister Lilly Wachowski directed the previous three titles -- “The Matrix", "The Matrix Reloaded" and "The Matrix Revolutions".

Priyanka, who was missing from the first poster of the film but made an intriguing appearance in the trailer, unveiled her character look on Instagram.

“And she's here. Re-enter #TheMatrix 12.22.21,” she wrote alongside the poster which features her dressed in a printed jacket teamed up with loose pants and knee-high boots and her hair tied in braided short buns.

Details of her character in the film are still under wraps.

The film is slated to be released worldwide theatrically on December 22.