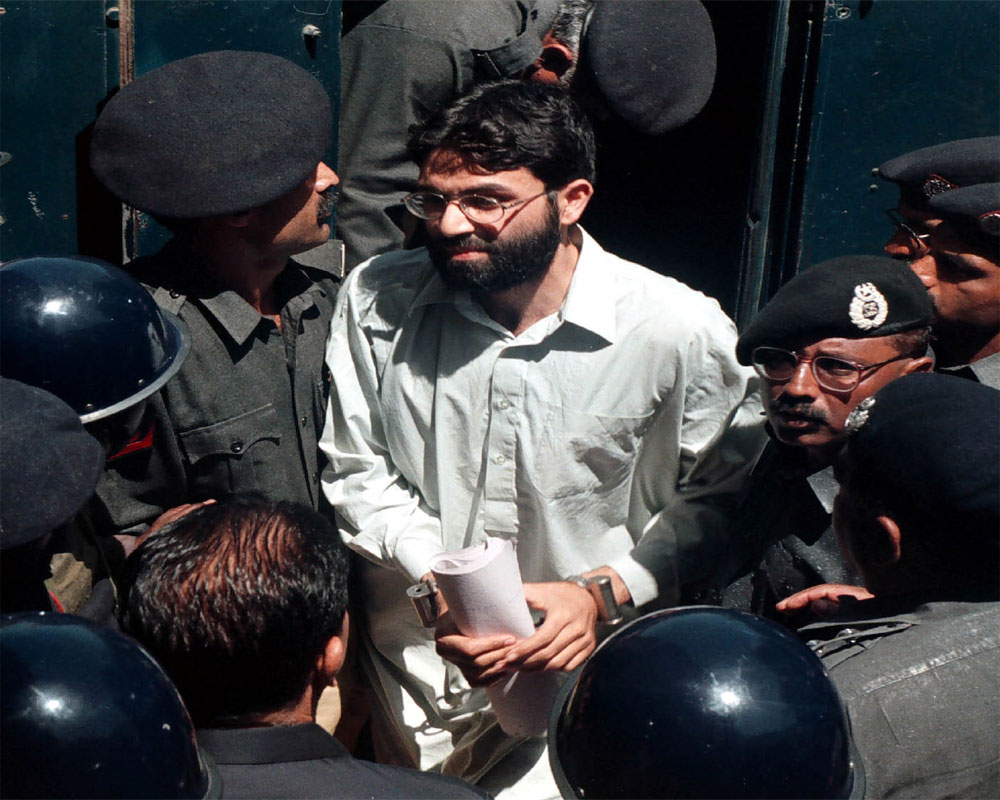 Pakistan's Supreme Court has criticised the prosecution for its failure to prove the guilt of British-born al-Qaeda terrorist Ahmed Omar Saeed Sheikh, the main accused in the sensational kidnapping and murder of US journalist Daniel Pearl in 2002, according to a media report.

The apex court issued its detailed 43-page judgment on Friday, which has been authored by Justice Sardar Tariq Masood – who was part of the three-member bench.

Dawn newspaper reported that the judges held that the evidence furnished during the trial was full of factual and legal defects.

The judgement explains the reasons why the Supreme Court had on January 28 acquitted, by a majority of two to one, Omar Sheikh and others and ordered the release of the principal suspect as well as Fahad Nasim Ahmed, Syed Salman Saqib and Shaikh Mohammd Adil from the jail forthwith, if not required to be detained in connection with any other case.

Pearl, 38, was the South Asia bureau chief of The Wall Street Journal. His murder took place three years after Sheikh, along with Jaish-e-Mohammad chief (JeM) Masood Azhar and Mushtaq Ahmed Zargar, was released by India in 1999 and given safe passage to Afghanistan in exchange for the nearly 150 passengers of hijacked Indian Airlines Flight 814.

The Sindh High Court (SHC) on April 2, 2020 commuted the death sentence of Sheikh convicted of kidnapping and murdering US journalist Pearl in 2002 to seven years and acquitted three others who were serving life terms in the case – almost two decades after they were found guilty and jailed.

The judgment said the majority of judges were entertaining no amount of doubt that prosecution had failed to bring home guilt of the accused/respondents and appellant as the evidence furnished during the trial is full of factual and legal defects.

"In this case, regarding each and every piece of evidence, the doubts are emerging from the mouth of the witnesses, and it is settled since centuries that the benefit of doubt automatically goes in favour of an accused,” the verdict said.

Even if a single circumstance created reasonable doubt in a prudent mind regarding the guilt of an accused then the accused was entitled to such benefit, not as a matter of grace and concession but of right, and such benefit must be extended to the accused persons by the courts without any reservation, the verdict said.

But the SHC wrongly convicted him under Section 362 of the PPC when the evidence of Nasir Abbas was full of doubts and no reliance could be placed on such a doubtful statement.

So the conviction of Sheikh was not justified, the judgement said, adding that though the counsel for the parents of Pearl argued that it was a high-profile case, even in such cases the benefit of the doubt could not be extended to the prosecution.

Meanwhile, Justice Afridi in his 52-page dissenting note observed that in cases of conspiracy, direct evidence was seldom available and a conspiracy could be established by circumstantial evidence.

Voicing outrage over the acquittal of Sheikh and his aides, the White House had asked Pakistan to expeditiously review its legal options, including allowing the US to prosecute them to secure justice for Pearl's family.

Amid mounting pressure from the US and the UN, the federal government filed an application before the apex court to be allowed to join as a party in the proceedings and further seek review and recall of the court's January 28 judgement.