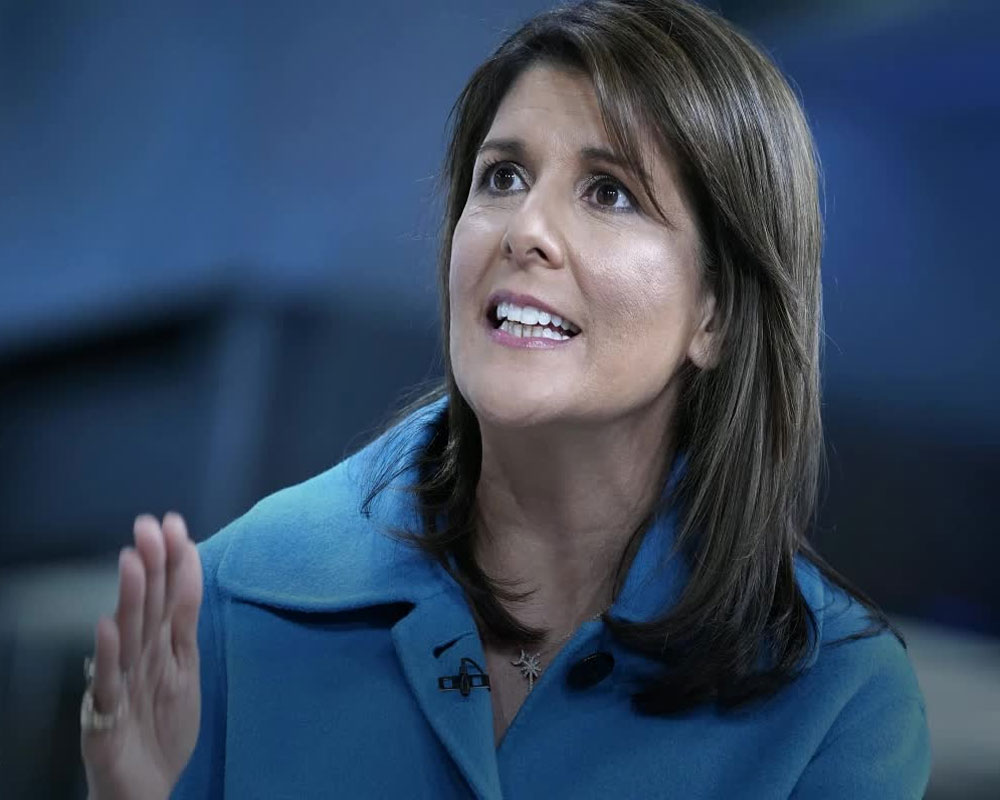 Accusing China of "horrific" human rights abuses, some top Republican leaders, including Indian American Nikki Haley, have demanded that the US boycott the 2022 Winter Olympics in Beijing and called on the International Olympic Committee to select a new site for the event.

The White House, however, said that no decision has been taken yet on the demands of the leaders.

It is no secret that China wants to use the Winter Olympics as part of its "massive communist propaganda campaign", Haley, a former US ambassador to the UN, said on Friday as she launched a campaign to demand President Joe Biden announce a boycott of the games.

"We cannot sit back and watch China use the Olympics to cover up its horrific human rights abuses," the Republican leader said.

Senator Rick Scott in a letter to President Joe Biden has requested a meeting to discuss the "horrific human rights atrocities" occurring across China and called for the International Olympic Committee (IOC) to select a new site for the 2022 Winter Olympics.

Haley said that "we need to stand up to China, and we need to do it now. That's why I'm asking you to join me and sign our petition calling on President Biden to boycott the 2022 Winter Olympics in China".

If America participates in the Olympic Games in Beijing, the "Chinese Communist Party will claim it as further proof of China's good global standing and world leadership," she said.

In his letter, Senator Scott stressed that under no circumstance should the global community give China an international platform to "whitewash its crimes, which is what will happen if they are allowed to host the 2022 Olympic Games in Beijing".

"I continue to urge the International Olympic Committee to move the games out of Communist China and to a country that respects basic human rights," he said.

"I request your immediate attention and the opportunity to meet with you to discuss the horrific human rights atrocities occurring across Communist China and the effort to select a new site for the 2022 Winter Olympics Games," Scott  said.

In an op-ed for Fox News, Haley said that the US should boycott the games given China's "threats abroad and tyranny at home".

"If the United States boycotts the Winter Olympics, it will send an unmistakable message that China's tyranny and threats are unacceptable. It will show that actions have consequences. President Biden must make the decision to boycott. It shouldn't be a tough one," she said.

When asked about the increasing demand in this regard from the Republican lawmakers and leaders, White House Press Secretary Jen Psaki told reporters that "there hasn't been a final decision made on that".

"Of course, we would look for guidance from the US Olympic Committee," she said.