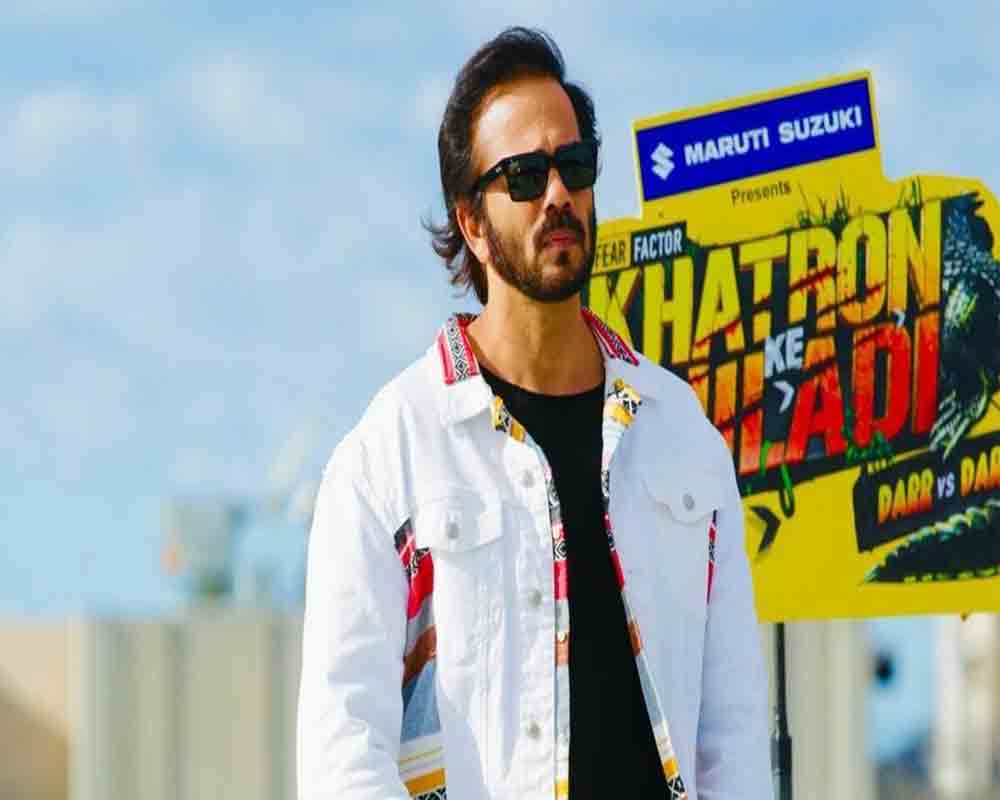 Filmmaker Rohit Shetty on Monday said he has finished filming for the latest season of adventure-reality show "Khatron Ke Khiladi" and thanked the cast and crew for their "courage" to shoot amid the coronavirus pandemic.

The Colors channel show, now in its 11th season, is hosted by Shetty. It was being filmed in Cape Town, South Africa.

The filmmaker took to Instagram and wrote that the 42-day long "crazy and action packed" ride had come to a safe end.

"This season was extra special. At a time when the world is engulfed by a feeling of fear, everyone involved in this show, including the crew members, team Colors, the stunt team and the contestants have shown tremendous courage and determination by making this season happen against all the odds.

"I feel truly blessed and thank God and the universe that we got through the season without any hurdles," Shetty wrote.

The filmmaker said the team has taken "Khatron Ke Khiladi" to the "next level" with its latest season and teased that the show will air soon.

"Signing off from Cape Town, back to Mumbai. 'Khatron Ke Khiladi' season 11... Coming soon," he posted.

The upcoming season will mark the "Simmba" director's seventh outing as the host of "Khatron Ke Khiladi".