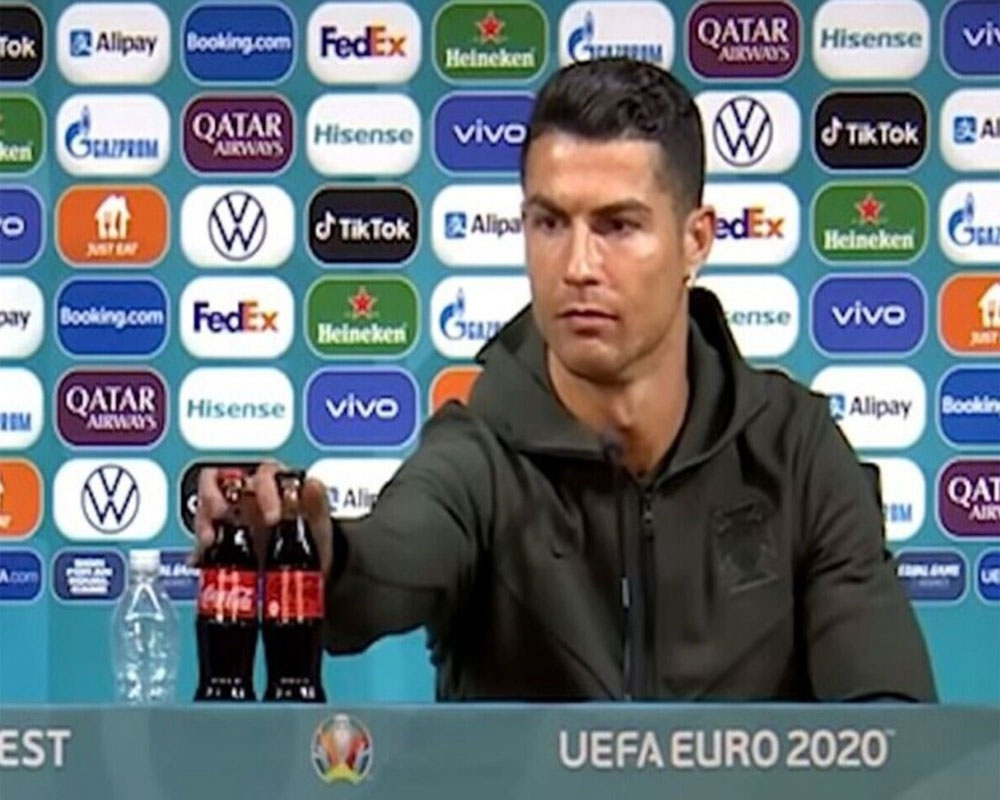 Footballer Cristiano Ronaldo inflicted a $4-billion loss on soft drink major Coca-Cola with his gesture of putting aside two bottles of carbonated drinks and picking water instead during a press conference ahead of Portugal's match against Hungary.

The Portuguese star footballer, who plays for Juventus in Serie A and is acknowledged as one of the two best footballers of current era alongside Argentine Lionel Messi, sat down for the interaction with a teammate and moved the Coke bottles aside before picking a water bottle.

Coke is a sponsor of the ongoing Euro 2020 in which the former Real Madrid star is leading Portugal.

Spanish newspaper Marca has reported that Coca-Cola's shares took a dive and left the company with billions of dollars in losses.

"Coca-Cola shares dropped from 56.10 dollars to 55.22 dollars almost immediately after Ronaldo's gesture, meaning the company's value fell from $242 billion to $238 billion," said a report in the Marca.

The dip in value happened within half an hour.

Ronaldo has been quite vocal in his support for healthy diet and is known to admonish his son when he finds him eating food referred to as junk.

"Occasionally my son drinks Coca-Cola or Fanta and eats crisps and he knows I don't like that," Ronaldo has said in the past.

A day after causing the mayhem on stock market, Ronaldo powered his Iberian nation to a 3-0 win over Hungary with a brace.

He also built his legend further by becoming the top-scorer in European Championship history with 11 goals.