Russia only country in the world which is ready to transfer anti-COVID vaccine technology: Putin

Russia only country in the world which is ready to transfer anti-COVID vaccine technology: Putin 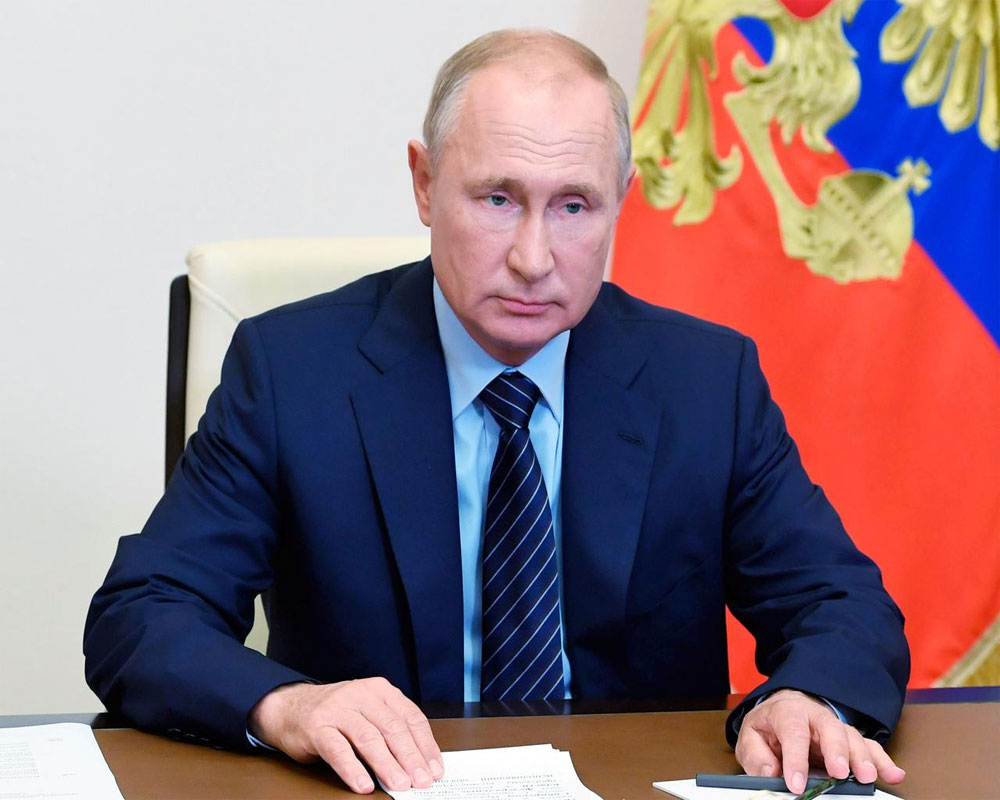 As Indian companies get ready to manufacture Russian-made Sputnik V anti-COVID vaccine to meet the staggering demand in the country, Russian President Vladimir Putin on Saturday said Russia is the only country in the world which is ready to transfer technology and to expand production abroad, and noted that the vaccine was being sold in 66 countries.

The remarks by the Russian president came a day after the officials in New Delhi said that Serum Institute of India has received a preliminary approval from the country's drug regulator for manufacturing of Sputnik V. Already Indian pharma company, Dr Reddy's Laboratories, in April, 2021 received the Emergency Use Authorization (EUA) for the Russian vaccine. Also Panacea Biotec in collaboration with Russian sovereign wealth fund RDIF has begun the production of Sputnik V vaccine in India.

Rejecting allegations over Sputnik V vaccine's efficacy, the Russian president during a virtual interaction with senior editors of major international news agencies, including the Press Trust of India, the Associated Press and Reuters, said that the delay in getting the vaccine registered in Europe was due to a "competitive struggle'' and "commercial interests" there.

With China being blamed by some countries, especially the US, for the COVID pandemic, Putin said too much has been said about the subject, and emphasised that the crisis should not be "politicised".

He was replying to a question on the cause of the COVID pandemic.

Last week, US President Joe Biden announced that he had ordered further intelligence investigation into the origins of COVID-19 amidst allegations that coronavirus originated from a laboratory in China's Wuhan city with former US president Donal Trump calling for imposing a fine on the Asian country for the "death and destruction" it has caused.

"Too many things have already been said on this subject, so it seems to me that making more comments about this would be pointless. I don't think that I can say something new or intriguing," Putin said through a translator.

Noting that there was a competitive struggle against Sputnik V, Putin said, "in 66 countries, we are selling our vaccine, it is a huge market for us. I am pretty sure the allegations are due to commercial reasons but we are following humanitarian reasons."

He further asserted that "it is recognised by international experts, the vaccine is efficient, its efficacy is 97.6 per cent. We are the only country in the world who is ready to transfer technology and is ready to expand our production abroad."

Putin also expressed hope that challenges created by the novel coronavirus pandemic would spur countries to remove politically motivated restrictions against each other.