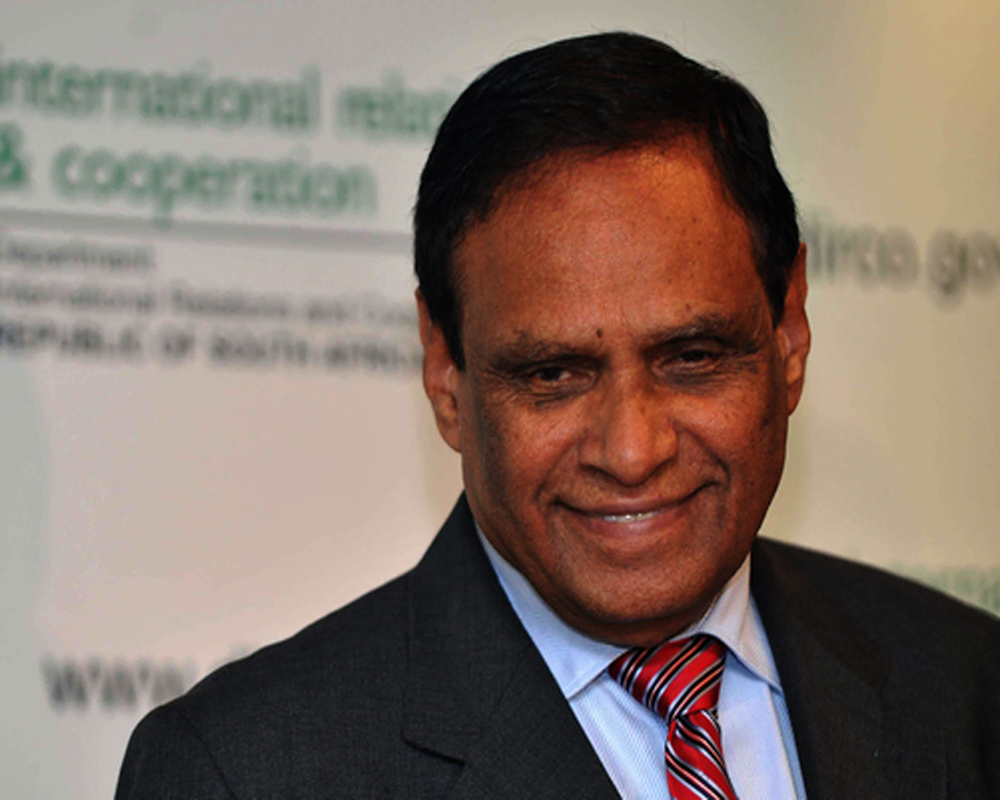 Ebrahim died after a long illness at his home here on Monday, the party said in a statement on Monday.

"The ANC learnt with deep sadness of the passing of Ebrahim Ismail Ebrahim. We offer our heartfelt condolences to his wife and children, as well as their extended family, friends and comrades," it said in the statement shared on Twitter.

"Comrade Ebi, as he was affectionately known, was a longstanding member of the ANC, a patriot who served his country in different capacities with humility, dedication and distinction," the party said.

Ebrahim served time on Robben Island as a political prisoner alongside Mandela, Kathrada and others. After his father was arrested twice for defying laws that restricted the movement of Indians in South Africa, he joined the liberation struggle at the age of 13.

He often stated how he had been inspired by the Satyagraha style of Mahatma Gandhi, which he used in his passionate representation of the ANC in global conflict situations in Sri Lanka, Palestine, Rwanda, Kosovo, Bolivia and Nepal.

Ebrahim was arrested in 1963 and imprisoned on Robben Island, where he shared a cell with former president Jacob Zuma, whose role in state capture and corruption he later decried.

After his release, Ebrahim went into exile to continue his work with the ANC, but was abducted by apartheid-era security police from neighbouring Swaziland, tortured and sentenced to a second term on Robben Island.

He obtained two university degrees while on Robben Island.

After the release of all political prisoners and the election of Mandela as South Africa's first democratic president, Ebrahim served in various capacities, including as Deputy Minister of Foreign Affairs and Parliamentary Counsellor to Mandela.

Sharing their condolences, the human rights organisation #Africa4Palestine acknowledged the role Ebrahim played in the ANC resolution for the immediate and unconditional downgrade of the South African Embassy in Israel to a Liaison Office in 2017.

The Congress of Business and Economics, an offshoot of the erstwhile Transvaal Indian Congress, honoured Ebrahim with a Lifetime Achievement Award in 2018.

“Comrade Ebie, as he was fondly known, recalled at the time how he had spent half of his adult life in prison but that he would do it all over again if he had to because of his firm belief in struggling for peace, justice and the end of the scourge of apartheid and racism across the world,” said CBE Executive Director Yusuf Moosajee.

“In all my interactions with Ebie, both locally and abroad, he was always passionate about South Africa and its role in world politics,” said internationally-renowned filmmaker Anant Singh in a tribute.

Ebrahim leaves behind his wife Shannon, a celebrated foreign news writer for the Independent Media group, and two children.