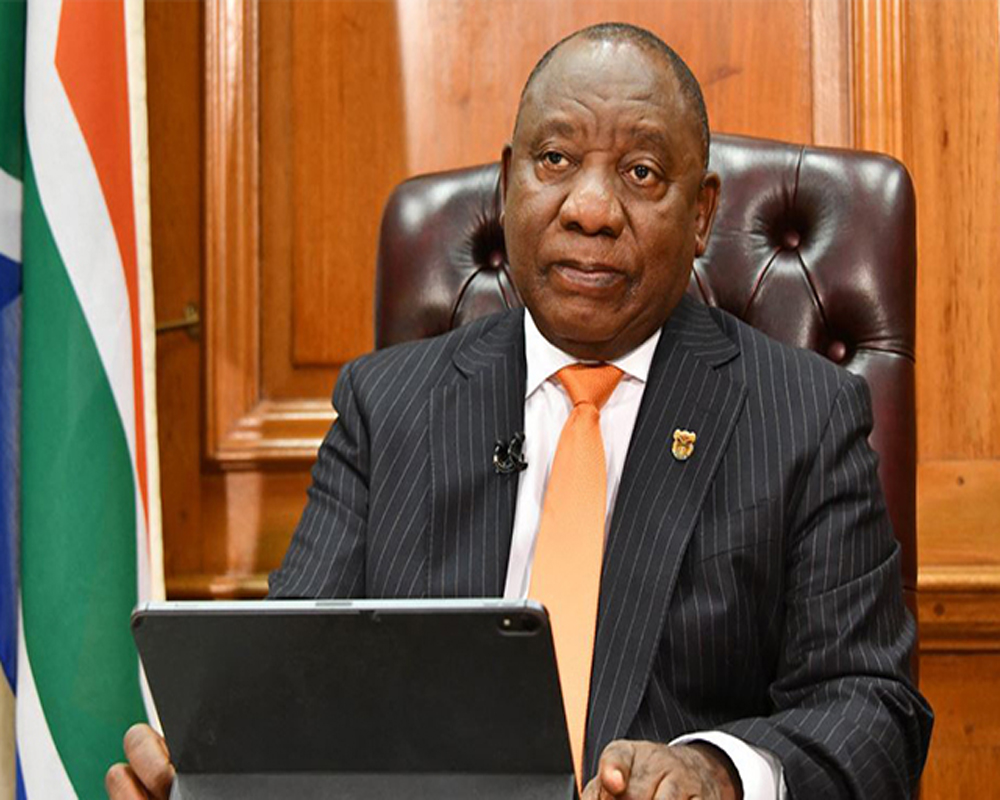 South African President Cyril Ramaphosa has advanced an urgent meeting with the National Coronavirus Command Council (NCCC) to Saturday, amid growing global concern about the potentially more contagious new Omicron variant, which was first detected in the country.

The meeting was originally scheduled for Sunday.

The meeting comes as a growing number of European countries are following UK's lead in banning travel to and from South Africa and neighbouring countries of Namibia, Zimbabwe and Botswana, as well as Lesotho and Eswatini (formerly Swaziland), both of which are landlocked within South Africa.

The latest to impose the ban are Mauritius, the US, Israel, Sri Lanka and the Netherlands.

Speculation is rife that Ramaphosa will announce a stricter lockdown and other measures to curb the spread of the new variant.

The new COVID-19 variant B.1.1.529, first detected in South Africa this week, was on Friday designated as a “Variant of Concern” by the World Health Organisation (WHO), which named it “Omicron”.

A “variant of concern” is the WHO's top category of worrying COVID-19 variants.

It was first reported to the WHO from South Africa on November 24, and has also been identified in Botswana, Belgium, Hong Kong and Israel.

In the past, an NCCC meeting was always followed by a national broadcast by Ramaphosa to announce changes to South Africa's five-level lockdown strategy, which is currently at the lowest Level One.

“The outcomes of this meeting will give direction as to whether further consultation is required at the level of the President's Coordinating Council,” Minister in The Presidency Mondli Gungubele said in a statement.

“The National Coronavirus Command Council is one of several structures of government – which include the President's Coordinating Council and Cabinet – where scientific evidence and submissions by different economic and social sectors inform executive decision-making,” the statement added.

“Government works together closely with social partners to ensure that a balance is maintained between protecting and saving lives, and enabling people to earn a living and making it possible for the broader economy to recover and grow,” it said.

At an urgently convened media briefing on Thursday, South African Health Minister Joe Phaahla expressed concern about the rapid rise in COVID-19 infections over the past week, especially in the economic hub of Gauteng province.

“This variant has a very high number of mutations, which is concerning for its predicted immune evasion and transmissibility,” Prof Tulio de Oliveira, Director of the  KwaZulu-Natal Research and Innovation Sequencing Platform (KRISP), said at the briefing.

“Early signs from diagnostic laboratories suggest that the variant has spread rapidly in Gauteng province and might also be present in most of the other eight provinces of South Africa,” De Oliveira added.

Analysts said the predicted fourth wave had arrived earlier than was expected in December because the government had allowed large gatherings in October ahead of local government elections countrywide on November 1.

This had resulted in large rallies where people sometimes exceeded the prescribed maximum quota of 2,000 and did not adhere to the requirements of social distancing and wearing masks.

Virologists had spoken out about this at the time, warning that allowing  such large gatherings could lead to a hard lockdown by December.

There has also been widespread vaccine hesitancy in South Africa, including some political parties leading agitation against vaccination, despite intensive government efforts to provide these free of charge, even at religious institutions.