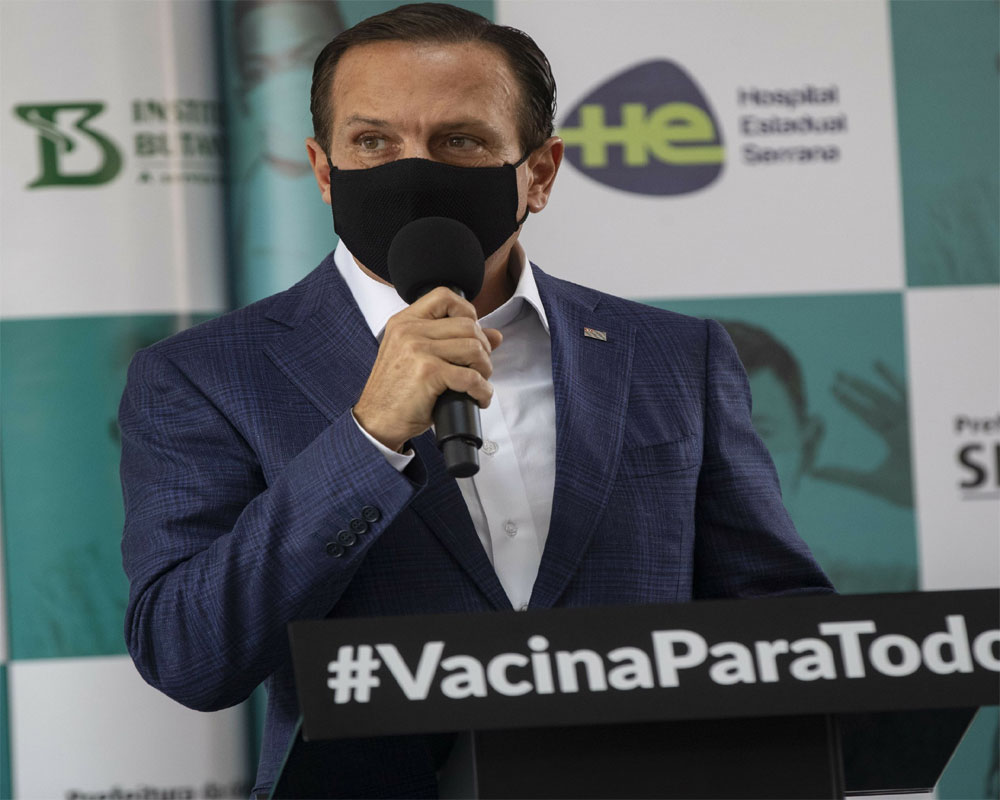 The governor of Sao Paulo said on Friday he will seek federal approval for phase 1 and 2 trials of Brazil's first homemade COVID-19 vaccine candidate.

Gov Joao Doria said in a press conference his state's Butantan Institute has concluded promising trials in animals in India and could deliver shots in July, pending quick approval from Brazil's health regulator. He expects trials in Brazil to start next month, and Vietnam and Thailand will also participate as partners in a consortium.

Butantan's director, Dimas Covas, said the trials will show whether the vaccine candidate would entail two shots or a single dose. The so-called Butanvac vaccine is based on influenza shots that the state-run institute already produces and will be much cheaper than recently-developed shots.

“We are talking about a second generation of COVID vaccines,” said Butantan's director, Dimas Covas. “Now we know what a good vaccine against COVID is. This one incorporates some changes and will be more immunogenic. We will use smaller doses per person.”

Butantan produces more than 80 million influenza shots for Brazilians every year, and has capacity to ultimately ramp up to production of 100 million of the COVID-19 shots per year, Covas said. The Butanvac is one of the thousands in development around the world, but it is the first Brazilian to request trials.

Gov. Doria said Sao Paulo state government will pay for its development, which highlights the rift that has existed between him and President Jair Bolsonaro throughout the pandemic.

Bolsonaro has downplayed risks of the disease and for months cast doubt on the efficacy of the shot by Chinese biopharmaceutical company Sinovac, which was bought by Doria. Brazil's health ministry finally bought it from the Butantan Institute when it had no immediately available option.

Gov. Doria said up to 40 million shots of the Butanvac jab could be available by year-end.

Brazil's president has partially shifted course recently on vaccines because of political pressure in a country where more than 300,000 people have died from the virus.

“The Health Ministry is finding out about this vaccine at the same time you do,” Covas said.

If Brazil's regulators agree to start trials with Butanvac, it will be the second homegrown COVID-19 vaccine candidate in Latin America. The Cuban government said on Sunday it is in the final phase of a clinical trial of its Soberana 2 shot. Last week, Cuba also approved a second candidate for clinical trials, named Abdala.