Sonu Sood gets aircraft livery: Wish my parents were here to see it

Sonu Sood gets aircraft livery: Wish my parents were here to see it 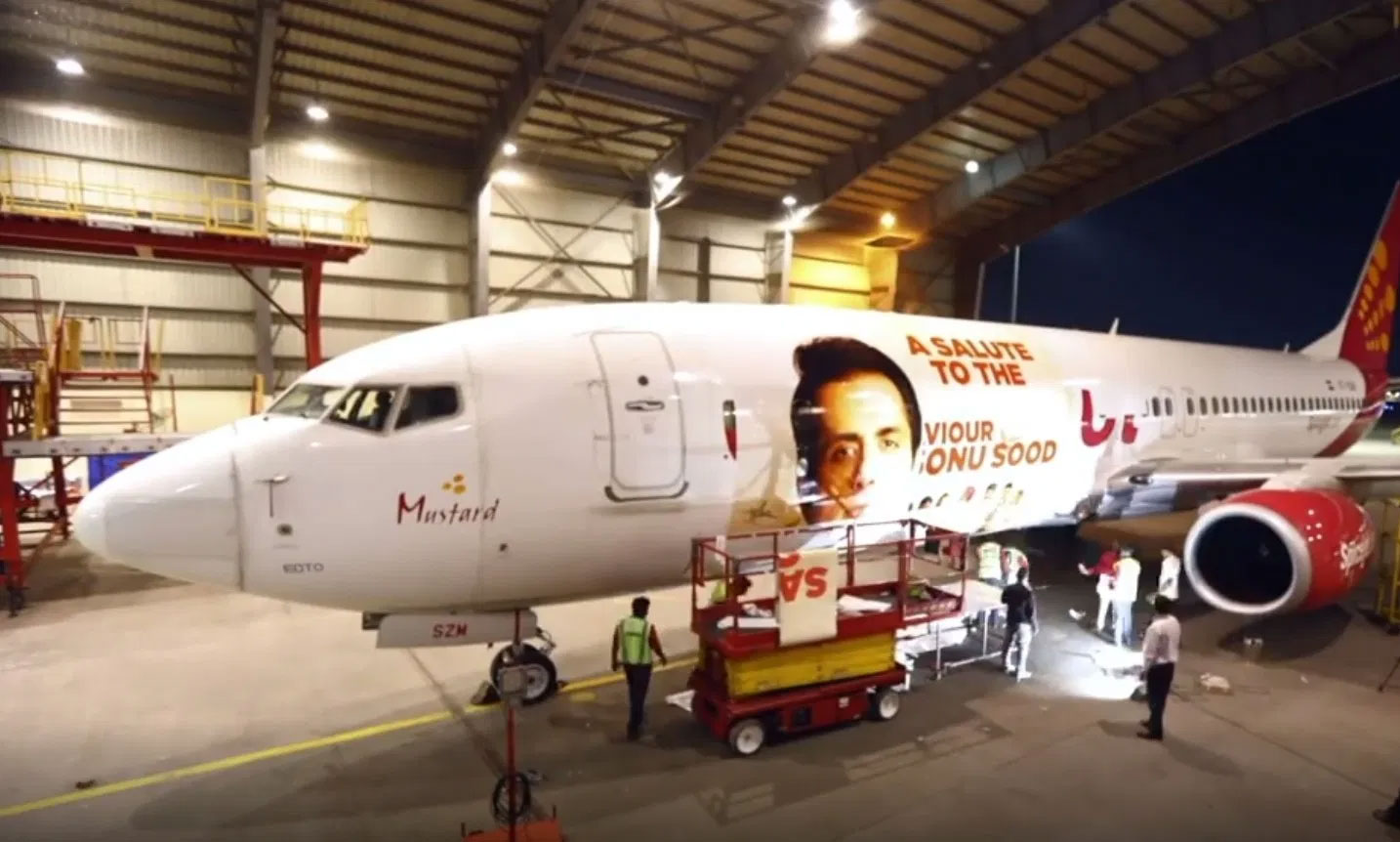 A domestic airline has honoured Sonu Soods social activism with special livery on its planes.

As a mark of acknowledgement to the social service that the actor has been committed to, SpiceJet Boeing 737 aircraft recently wrapped a number of its aircraft in special livery, which includes an image of the actor along with a line that reads: "A salute to the saviour Sonu Sood".

The actor got to know through pictures he received on social media from fans.

Talking to IANS, an emotional Sonu said: "I felt really honoured when I saw those images. The aircraft was parked at different airports and people were sending me different images from Leh, Hyderabad, Punjab and Delhi. I feel blessed. I miss my parents more, I wish they could see this."

The actor, contributed immensely during lockdown when he arranged transportation for migrants stuck in the cities, to go back to their home towns.

Looking back at his journey in the film industry, Sonu, who made his Bollywood debut with the 2002 film "Shaheed-E-Azam", says:"I remember I came to Mumbai from Punjab on an unreserved ticket with lots of dreams in my eyes and I always thought I want to make it big. Aasman pe naam likhne aaye the Mumbai mein. Aaj bhi mere paas woh unreserved ticket hai train ka (Came to Mumbai with dreams of flying high. I still have that unreserved ticket). When SpiceJet honoured me, I felt really humbled and I will continue to do work jisse aasman mein naam barkarar rahe. (I will continue to do work that lets me touch the skies)."

The airline, too, contributed to bringing people back home during lockdown when they repatriated more than 2.5 lakh Indians last year.

On the work front, Sonu will soon be seen in the Telugu film "Acharya" and the Hindi film "Prithviraj".