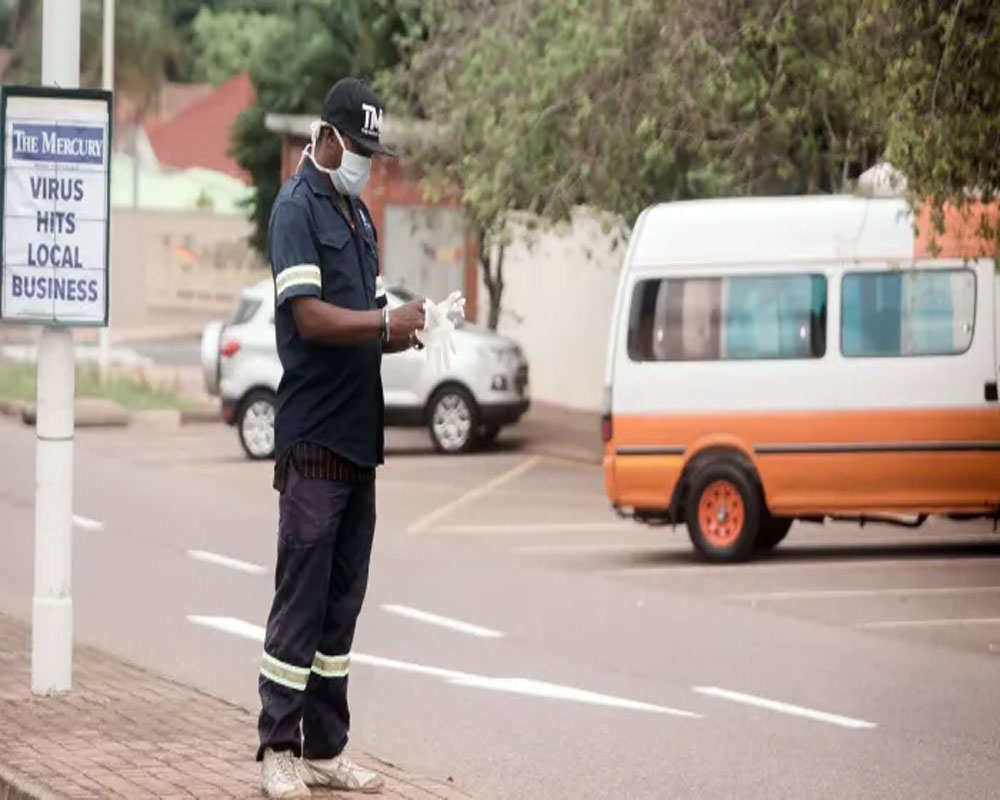 South Africa will move into the lowest 'alert level-1' lockdown from Monday, further relaxing restrictions on movement, economic activities and gatherings, after a "dramatic" decline in COVID-19 cases over eight weeks.

'Alert level-1' is the lowest of five levels of lockdown, which was imposed almost a year ago following the outbreak of the coronavirus that has infected over 1.5 million people and claimed nearly 50,000 lives in the country.

In a national broadcast, President Cyril Ramaphosa said that the country has now clearly emerged from the second wave, with new infections, admissions to hospitals and deaths having fallen significantly and continuing to decline steadily.

"This dramatic decline in cases over eight weeks is due to a combination of public health measures introduced, changes in behaviour and accumulating immunity in those who became infected in our communities," he said.

However, the president cautioned people against letting their guard down. The wearing of masks in public places is still mandatory, and failure to wear a mask when required remains a criminal offence, Ramaphosa said.

"We were able to emerge from the second wave because most people adhered to the tighter restrictions and observed  basic health protocols, including wearing masks in public and social distancing," he said.

The new alert level, which went into effect from midnight on Sunday, includes the curfew hours being reduced to start at midnight and end at 4 am, gatherings being allowed for up to 100 people, including social, political and cultural gatherings, and the sale of alcohol being permitted according to normal license provisions, except during the curfew hours, Ramaphosa said during his address to the nation.

Night vigils or other gatherings before or after funerals are still not permitted and nightclubs will remain closed, he said.

"The return to 'alert level-1' means that most of the remaining restrictions on economic activity have been removed. We expect this to lead to higher consumption spending, bolstered by the steady recovery in employment. We expect businesses to implement the plans they may have put on hold," Ramaphosa said.

Cautioning people about a potential third wave, which scientists say is expected as the harsh winter months approach, the president said that "as we ease restrictions, we cannot let our guard down. The few remaining restrictions under 'alert level-1' are meant to maintain low levels of infections and, in particular, to prevent super-spreading events".

"For this reason, among others, the easing of restrictions should not be viewed as a reason to abandon precautions. The threat of a third wave is constantly present, as is the threat of yet more new variants," Ramaphosa said.

The president said that "as we witnessed last year, our actions as individuals and as a collective will determine whether and how soon we experience a resurgence of the virus".

Describing COVID-19 vaccines being used across the globe as "a clear path towards containing infections and, ultimately, overcoming the disease", Ramaphosa said, "Within less than a year the global scientific community has developed, tested and produced several vaccines that are safe and effective against the disease."

The president commended the role of the nation's scientists in the process.

"We have long held the view that a vaccine would be our most decisive measure to combat COVID-19, and to that extent set up processes at a continental and national level to prepare for the availability of an effective vaccine,” he said, highlighting the rapid vaccine acquisition processes that are currently under way.

South Africa recently signed an agreement with Johnson & Johnson to secure 11 million doses. Of these doses, 2.8 million will be delivered in the second quarter and the rest spread throughout the year, Ramaphosa said.

"We have also secured 20 million doses from Pfizer, which will be delivered from the second quarter. Additionally, we have secured 12 million vaccine doses from the COVAX facility and are in the process of finalising our dose allocation from the African Union,” he said.

Ramaphosa said the government would monitor the situation closely together with scientists and experts, to adapt to the Covid-19 pandemic in a responsive and flexible manner.