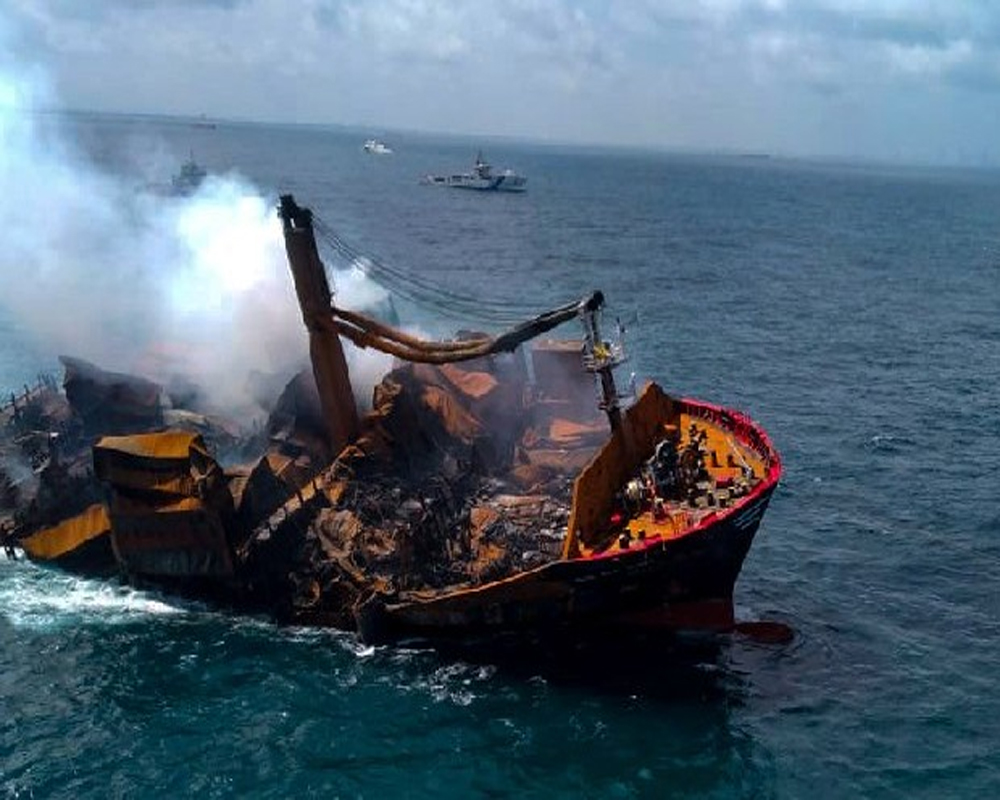 A large number of sea creatures like dolphins and sea turtles have perished due to the fire aboard a container ship carrying hazardous chemicals that sank off Sri Lanka's coast, a senior Minister has said after the dead marine species washed ashore in recent days.

The cargo carrier with 1,486 containers of chemicals and cargo went up in flames on May 21. The Sri Lankan Navy, Airforce and the Indian Coast Guard jointly doused the fire in an operation that took days. But the Singapore-flagged 'X-Press Pearl' sank off the country's coast on June 17.

More than 60 dead Sea Turtles and other sea creatures including Dolphins, suspected to have died in the aftermath of the ship disaster, have washed ashore along various beaches of the island, the Sri Lanka Mirror reported.

“A large number of sea creatures in the ocean have died as a result of the fire aboard the vessel that was transporting chemicals," Sri Lanka Mirror quoted Wildlife and Forest Conservation Minister C B Rathnayake as saying.

"Accordingly, investigations were conducted to determine the cause of death and clear signs of acid burns were visible on the dead Sea Turtles,” he said.

"Investigations will continue to determine the exact cause of death of the marine creatures," he said on Wednesday.

According to the minister, the Director-General of Wildlife was requested to conduct investigations, and the government has instructed the University of Peradeniya and the Ragama Teaching Hospital to assist in the investigations, to determine the cause of death.

“Since we do not have special laboratories to conduct studies in this regard if required, we will seek assistance from Singapore. The reports of the investigations will be made public as soon as possible,” he said.

According to the minister, measures will be taken to ensure the safety of the marine creatures jointly with the Sri Lanka Navy.

Meanwhile, speaking at a project inauguration recently, Minister of Irrigation - Chamal Rajapaksa said that it was common for not only turtles but whales also to wash ashore to the beaches during a certain time of the year.

Noting that the deaths were in no way linked to the leaked oil from the ship, the minister had however stated that the government would conduct an inquiry into the deaths of these creatures.

The UN representative in Sri Lanka last week said the sinking of the container ship has caused significant damage to the planet by releasing hazardous substances into the ecosystem.

Sri Lanka has already submitted an interim claim of USD 40 million to X-Press Feeders to cover part of the cost of fighting the fire.