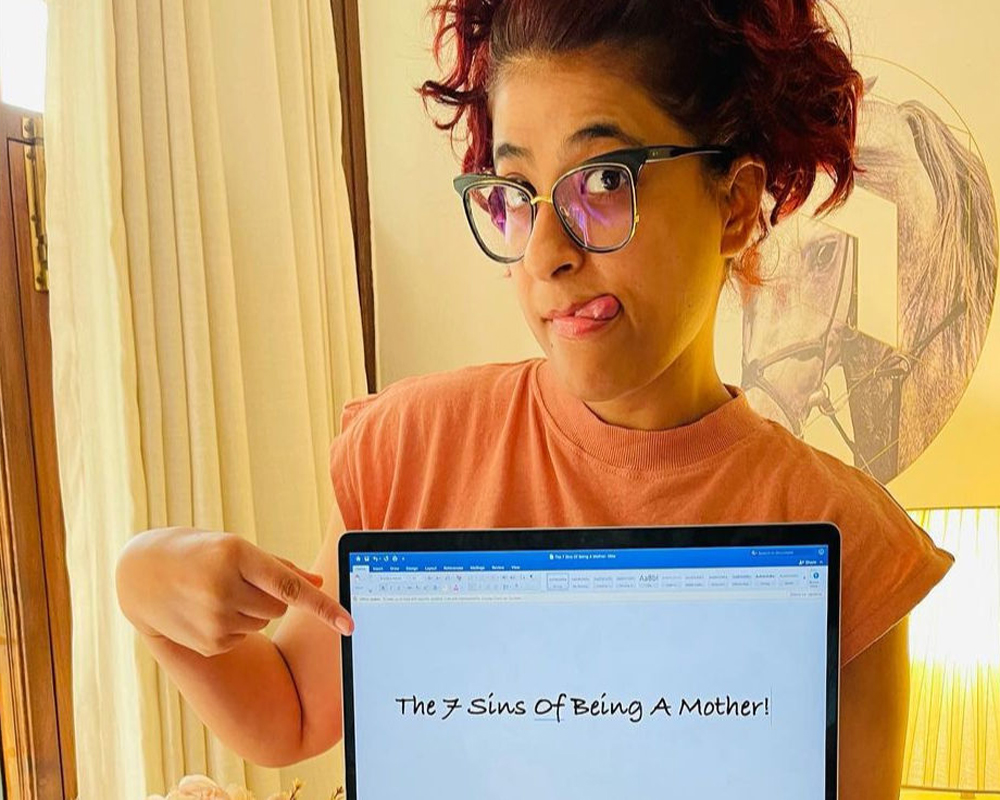 Author and filmmaker Tahira Kashyap Khurrana announced her next book "The 7 Sins of Being a Mother" on Father's Day on Sunday.

Tahira, who is married to actor Ayushmann Khurrana, took to Instagram to announce her fifth book.

Posting pictures of herself jumping with joy showcasing her laptop screen, Tahira revealed the title of her second book penned during the pandemic.

The author said, "I love dads (mine and my kids')- but on Father's Day I want to share some special news about my new book!! It's sinful and hopefully delightful... It's called... THE 7 SINS OF BEING A MOTHER!! Swipe to see my calmness about it. #newbook #comingsoon #author @juggernaut.in."

Tahira had launched her fourth book '12 Commandments of Being A Woman' last year, which received an exceptional response from the audience.

Earlier, she has authored books like "Cracking The Code: My Journey in Bollywood", "Souled Out" and "The 12 Commandments of Being a woman".