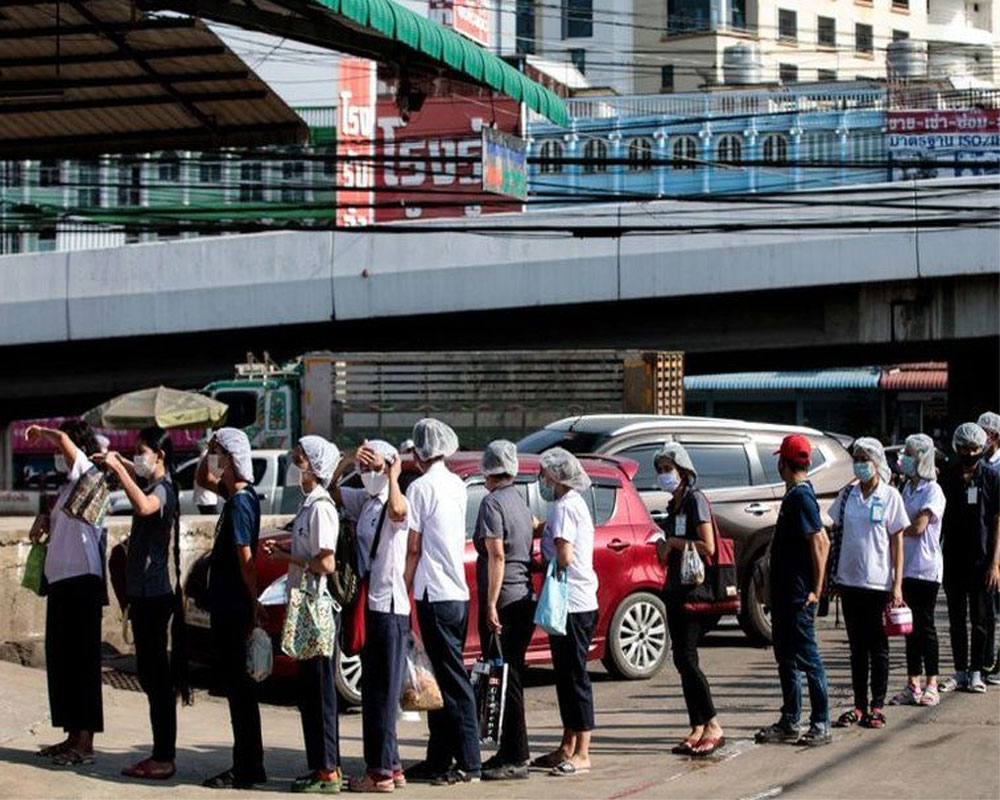 Thailand's coronavirus cases surpassed 1,500 on Thursday to set another record, sparking concerns the pandemic may spiral out of hand.

More than 8,000 cases have been recorded since April 1 in a fresh outbreak linked to nightclubs and bars in central Bangkok. The 1,543 new cases pushes the country's tally to 37,543, with 97 deaths.

Dr. Chawetsan Namwat from the Department of Disease Control said the outbreak appeared to have spread beyond entertainment venues with new cases now linked to activities such as seminars, office meetings and student field trips.

He said the National Infection Control Committee will meet later Thursday to discuss new measures. Up to 6,000 hospital beds will be added in Bangkok to cope with the rise, he said.

Mass travel for the Thai new year holiday this week is fueling the surge, said Dr. Opas Karnkavinpong, director-general of the Disease Control Department. More worrying is that infections include a more contagious variant of the virus first found in the UK.

The current outbreak, which has infected at least one Cabinet minister and forced a number of politicians into self-quarantine, has added pressure on the government to speed up its slow vaccination drive, with less than 1% of its population inoculated.