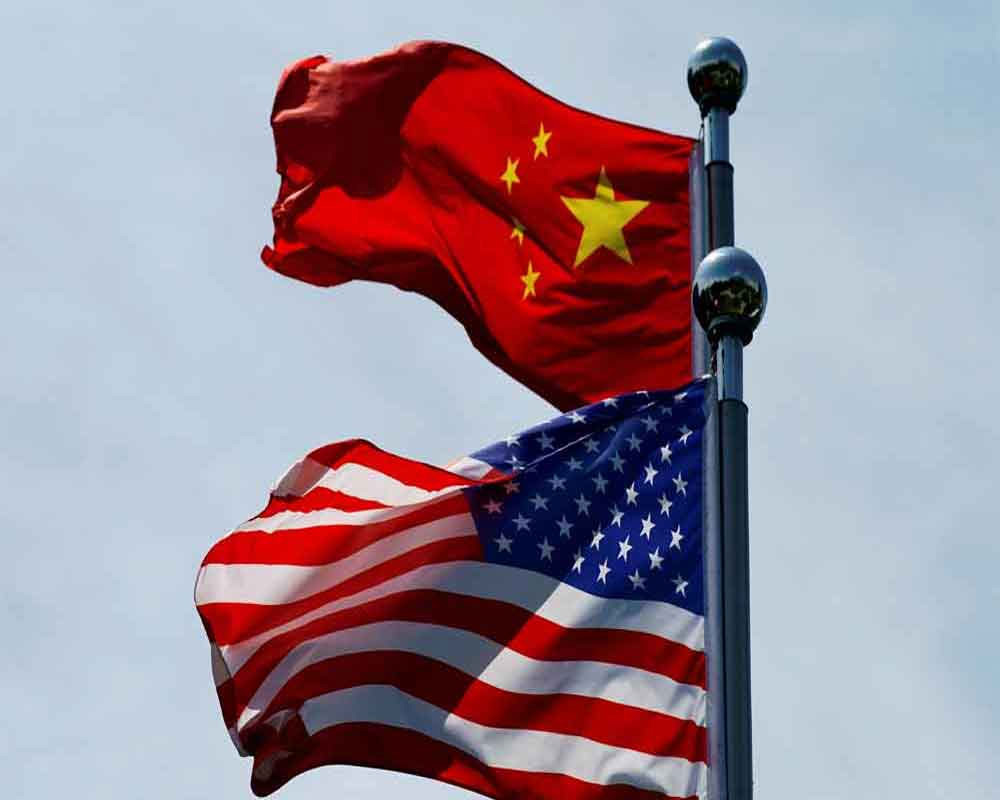 The United States and China will face a new test in their increasingly troubled relations when top officials from both countries meet in Alaska.

Ties between the world's two largest economies have been torn for years and the Biden administration has yet to signal it's ready or willing to back down on the hard-line stances taken under President Donald Trump. Nor has China signalled it's prepared to ease the pressure it has brought to bear. Thus, the stage is set for a contentious first face-to-face meeting Thursday.

No agreements are expected.

“This really is a one-off meeting,” said a senior administration official. “This is not the resumption of a particular dialogue mechanism or the beginning of a dialogue process.” The official briefed reporters ahead of the meeting on the condition of anonymity.

Blinken will attend the meeting having just come from Japan and South Korea, where he and Defense Secretary Lloyd Austin were promoting the Biden administration's commitment to its treaty allies in Asia.

Just a day before the meeting, Blinken announced new sanctions on officials over China's crackdown on pro-democracy advocates in Hong Kong. In response, the Chinese stepped up their rhetoric opposing U.S. Interference in domestic affairs.

China, not unexpectedly, slammed the U.S. Criticism of the move to give a pro-Beijing committee power to appoint more of Hong Kong's lawmakers, which reduces the proportion of those directly elected and ensures that only those determined to be truly loyal to Beijing are allowed to run for office — effectively shutting opposition figures out of the political process.

The White House set low expectations for Blinken and Sullivan's meeting, which officials say will be an initial opportunity to address intense disagreements.

The senior administration official described the talks as a chance for the two sides for “taking stock” in the relationship. The official said the two sides would not deliver a joint statement following the meeting and no major announcements are expected to come out of the talks.

Blinken, in Japan before heading to South Korea and Alaska, said the U.S. "will push back if necessary when China uses coercion or aggression to get its way.”

“The relationship with China is a very complex one," he said. "It has adversarial aspects; it has competitive aspects; it has cooperative aspects. But the common denominator in dealing with each of those is to make sure we're approaching China from a position of strength, and that strength starts with our alliance, with our solidarity, because it's really a unique asset that we have and China doesn't."

The Chinese are not backing down.

On Wednesday at the United Nations, they blasted the U.S. Human rights record, citing what they called US failures against COVID-19 that cost “hundreds of thousands of lives,” as well as racial discrimination, police brutality and an “evil past of genocide.”

Jiang Duan, a counselor at the Chinese mission in Geneva, voiced the criticism at the end of an examination of the U.S. Rights record at the U.N. Human Rights Council.

The administration has held a series of talks with Pacific allies, including Biden's virtual summit with the leaders of the Quad — Australia, India, Japan and the United States — before engaging in the high-level talks with China.

Trump had taken pride in forging what he saw as a strong relationship with Xi Jinping. But the relationship disintegrated after the coronavirus pandemic spread from the Wuhan province across the globe and unleashed a public health and economic disaster.

In addition to pushing back on China's aggressiveness in the Indo-Pacific and its human rights record, Biden faces other thorny issues in the relationship.

But so far, he's declined to rescind hundreds of billions of dollars in tariffs imposed by Trump against China or to lift bans on Chinese apps.

Biden is, however, looking for China's cooperation on pressing North Korea's Kim Jong Un over his nation's nuclear programme.