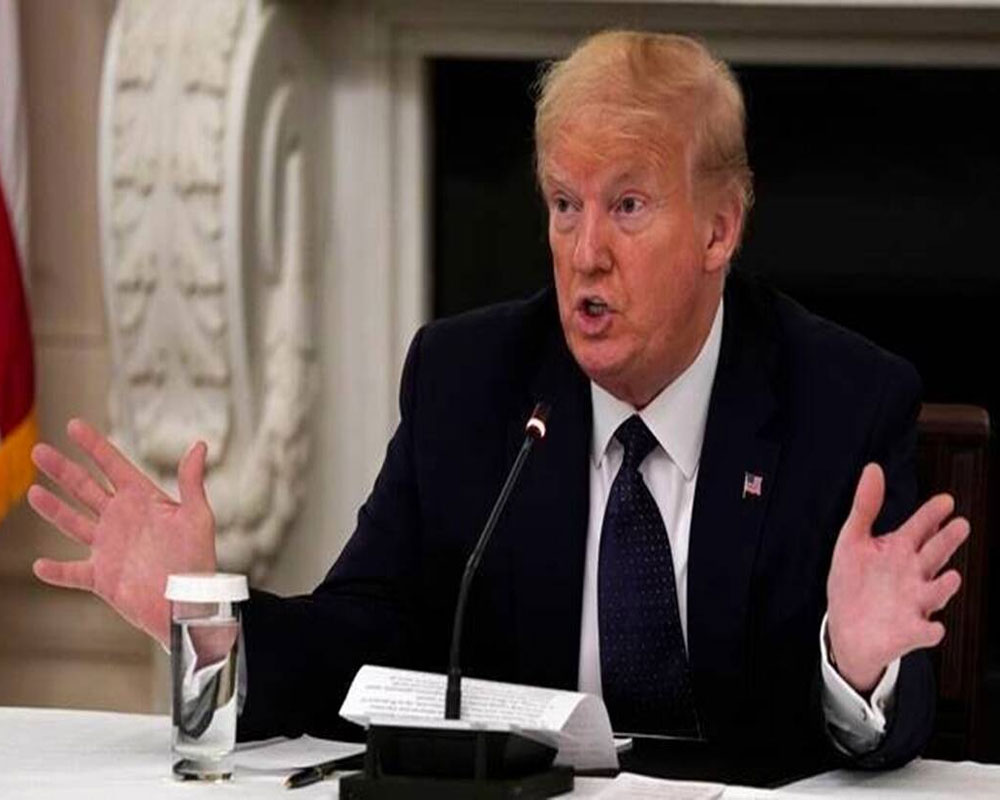 In his first public speech since leaving office, former US president Donald Trump has called for Republican Party unity while indicating that he might launch a third presidential bid in 2024 even as he slammed the Biden administration, claiming that the country has gone from “America First” to “America Last" in just one month.

Speaking at the Conservative Political Action Committee in Orlando, Florida on Sunday, the 74-year-old leader, who left the White House on January 20, stopped short of announcing to run for the president in 2024, although he gave enough indications that he is moving in that direction.

"We will take back the House. We will win the Senate and then a Republican president would triumph the White House. I wonder, who that will be," he said amidst cheers from his supporters at the annual session of the committee.

Trump, however, ruled out forming a new party, arguing that such a move will split votes of conservatives, and called on his supporters to unite for defeating the ruling democrats in the 2022 mid-term polls.

Several Republican leaders, including his top critic Senator Mitt Romney, have said that they will support Trump in his presidential bid, if he wins the 2024 Republican party primary.

Romney has said that Trump will win the party's primary, if he decides to run for president again.

Opinion polls have shown that Trump, who is the first US president to have been impeached twice, is highly popular among Republican party members and supporters, and way ahead of others.

In a bid to galvanise his base, Trump, during his 90-minute speech, repeatedly attacked the Democrats and President Joe Biden.

"We will persist and we will prevail. We are tougher than they (Democrats) are. We are stronger than they are. Together in the coming years, we will carry forward the torch of American liberty," he said, alleging that the policies of the Biden administration were taking the country on the path of socialism and vowed to not let the country move in that direction.

Tearing into the 40-day rule of the Biden administration, Trump also said that it was "anti-jobs, anti-family, anti-borders, anti-energy, anti-women and anti-science".

"We all knew that the Biden administration was going to be bad, but none of us even imagined just how bad it would be and how far Left they would go.

"In just one short month, we have gone from 'America First' to ‘America Last'," Trump said.

Listing out some of the key achievements of his administration, Trump asserted that he handed Biden's new administration a modern-day medical miracle in terms of vaccines for COVID-19.

He also accused Biden of opening up borders for illegal immigrants.

"Trumpism means strong borders. It means law enforcement, very strong protection for the Second Amendment, support for the forgotten men and women who have been taken advantage of for so many years," Trump said.

In his speech, the former president reiterated his allegation that there was massive electoral fraud in the November 2020 presidential elections and asserted that he had actually won it.

However, poll officials and Congress have certified that the election's results were in favour of Biden.

Trump's allegations of electoral malpractice have been thrown out by various US courts, including the Supreme Court.