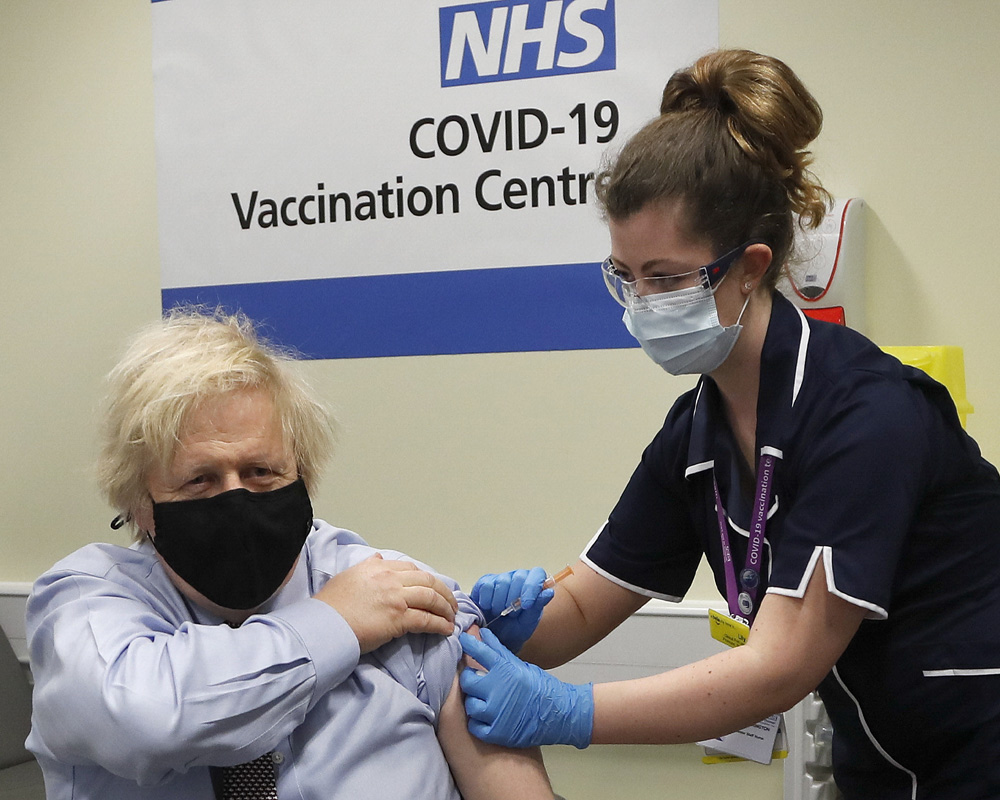 UK Prime Minister Boris Johnson, who was hospitalised last year with a severe bout of Covid-19, has received his first dose of the AstraZeneca vaccine against the virus.

"Thank you to all of the incredible scientists, NHS (National Health Service) staff and volunteers who helped make this happen.

"Getting the jab is the best thing we can do to get back to the lives we miss so much. Let's get the jab done."

He also attached a photo of him getting the shot.

Johnson, 56, is trying to reassure the public that the AstraZeneca jab is safe after a number of countries in Europe and around the world suspended the use of it earlier this week due to blood clot fears, dpa news agency reported.

The European Union's medicines regulator issued a fresh assessment on Thursday, finding the vaccine is "safe and effective" and not associated with an increase in the overall risk of clots.

That prompted countries such as France and Germany to resume administering the jab.