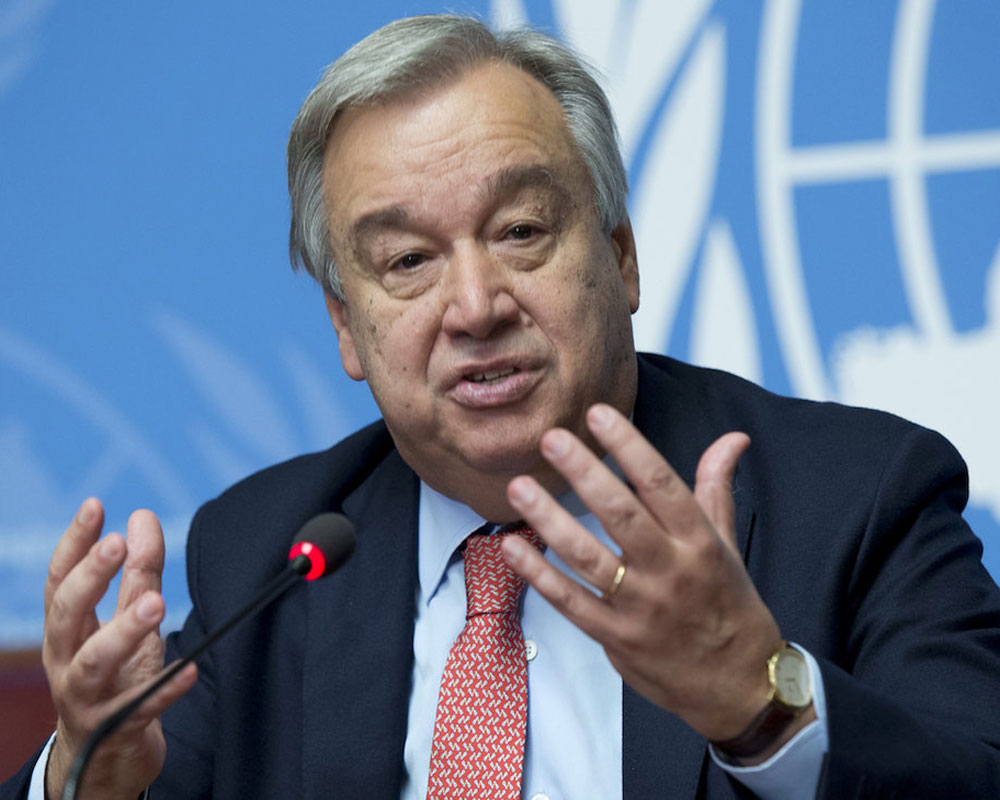 The 15-nation Council held a closed meeting where it unanimously adopted a resolution recommending Guterres' name to the 193-member General Assembly for a second term as Secretary General.

Last month, India had conveyed its support to Guterres for his candidature as chief of the world body for a second term beginning January 2022.

External Affairs Minister S Jaishankar had met Guterres at the United Nations headquarters and expressed New Delhi's support to him for his second term as the world's top diplomat.

"India values UNSG's leadership of the UN, especially in these challenging times. Conveyed our support for his candidature for a second term,” Jaishankar said in a tweet after the meeting.

Later a press release issued by the Permanent Mission of the India to the UN also stated that Jaishankar “conveyed that India values Secretary General's leadership of the United Nations, especially in these challenging times. He conveyed India's support for his candidature for re-election for a second term.”

Guterres, the ninth Secretary-General of the United Nations, took oath of office on January 1, 2017 and his first term ends on December 31 this year.

The term of the next Secretary General will begin on January 1, 2022.     Former Prime Minister of Portugal, Guterres served as the United Nations High Commissioner for Refugees from a decade from June 2005 to December 2015.

Guterres, nominated by the Government of Portugal, has been the only official candidate for the position of Secretary General and his re-election was a given.