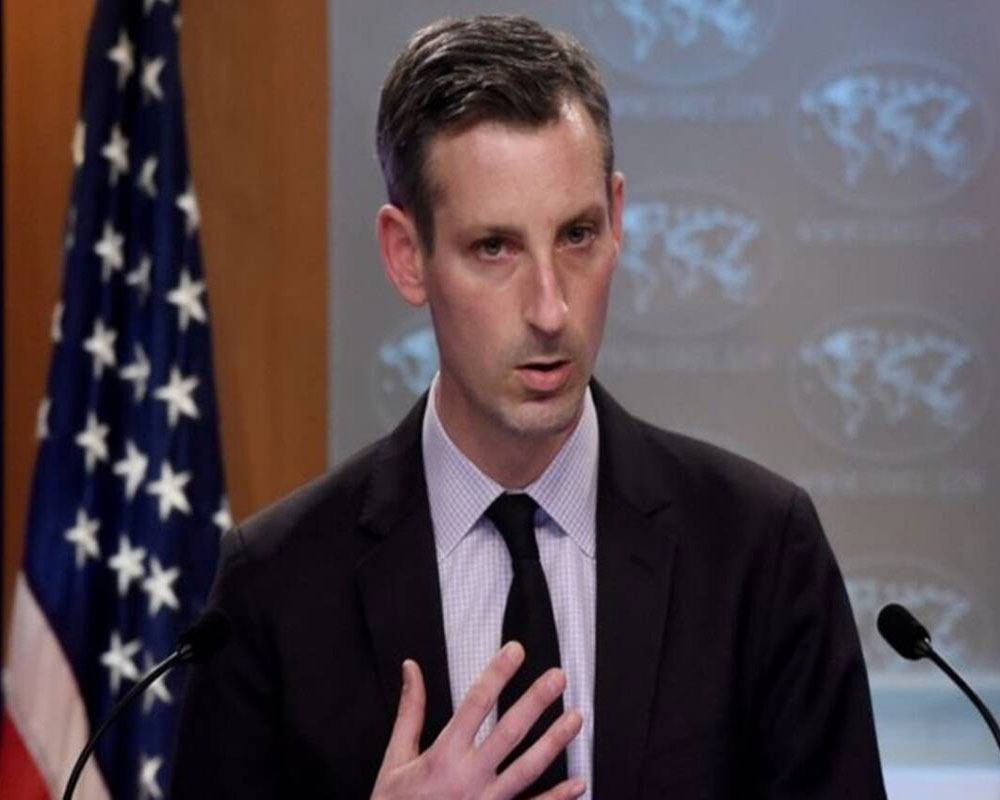 Pakistan has made significant progress on its first action plan of the Financial Action Task Force (FATF) by largely addressing 26 of the 27 action items, the US has said.

It has also urged Pakistan to swiftly complete the remaining action item by demonstrating that terrorism financing, investigations and prosecutions target senior leaders and commanders of UN-designated terror groups.

At its virtual plenary meeting last month, the FATF had retained Pakistan on its 'grey list' for failing to check money laundering, leading to terror financing. It had also asked Pakistan to investigate and prosecute UN-designated terrorists based in the country like Jaish-e-Mohammad (JeM) chief Masood Azhar and Lashkar-e-Taiba (LeT) founder Hafiz Saeed.

The global body against money laundering and terror financing had also asked Pakistan to work to address its strategically important deficiencies.

At his daily news conference on Monday, State Department spokesperson Ned Price said, "We do recognise and we support Pakistan's continued efforts to satisfy those (first action plan) obligations. Pakistan has made significant progress on its first action plan with 26 of 27 action items largely addressed."

"We encourage Pakistan to continue working with the FATF and the international community to swiftly complete the remaining action item by demonstrating that terrorism financing, investigations and prosecutions target senior leaders and commanders of UN-designated groups," he said.

In response to a question, Price said the US encourages Pakistan to expeditiously work on its new second action plan.

Pakistan was placed on the 'grey list' by the FATF in June 2018 and was given a plan of action to complete by October 2019. Since then the country continues to be on this list due to its failure to comply with the FATF mandates.

With Pakistan's continuation on the 'grey list', it is increasingly becoming difficult for the country to get financial aid from the International Monetary Fund, World Bank, Asian Development Bank and the European Union at a time when it faces a precarious financial situation.

Islamabad has managed to avoid the 'black list', for which it needs the support of three countries. China, Turkey and Malaysia have been its consistent supporters.