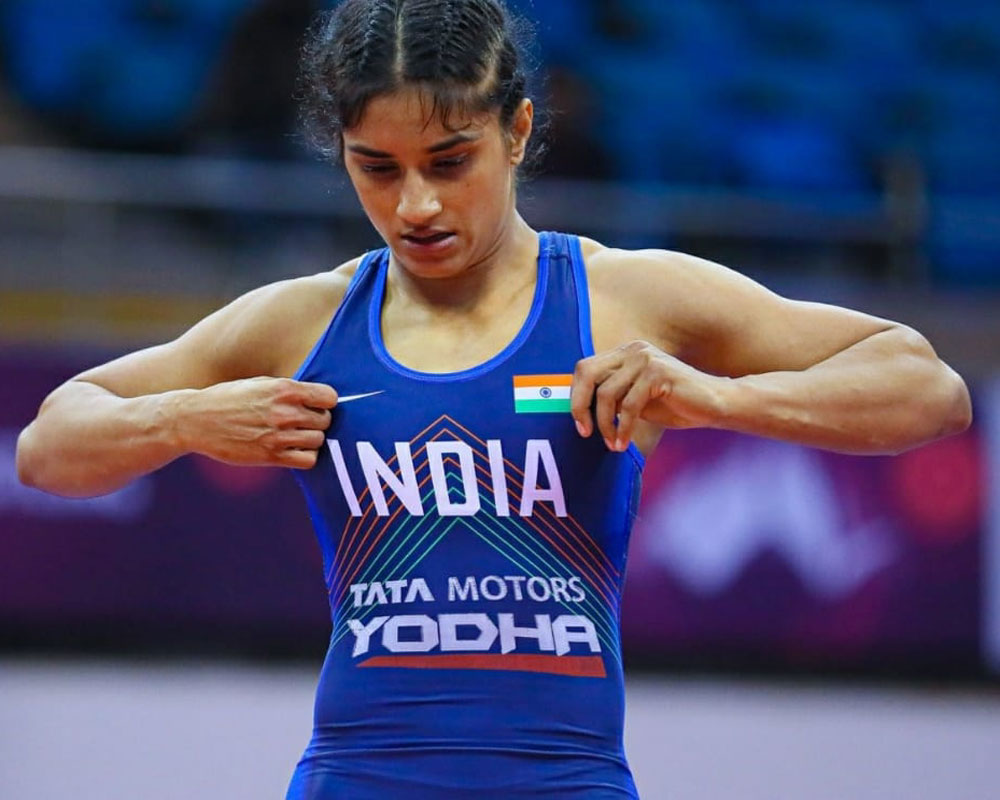 Asian Games gold medallist wrestler Vinesh Phogat made an angry outburst through her Twitter handle late on Thursday night, expressing her disappointment at her physiotherapist Poornima Ngomdir not being given accreditation by the Indian Olympic Association despite sending the request long back.

"Is it a crime to ask for one Physiotherapist for four women wrestlers when there are instances of one athlete having multiple coaches/ Staff? Where is the balance? We have asked for a Physio long back and not at the last moment as reported. @IOA_Official @PMOIndia @ianuragthakur," read the 26-year-old's tweet citing a picture of a report done by The Times of India on the issue.

Vinesh, seen as a gold medal hopeful, will compete in the women's freestyle 53kg category. Her first match is scheduled for August 5 and she will depart for Tokyo from her training base in Budapest on July 26. This will be her second appearance at the Olympics. Vinesh is headed to Tokyo as the No. 1-ranked wrestler in her category.

In the 2016 Rio Olympics, Phogat was carried off the mat on a stretcher after suffering a career-threatening knee injury in the quarterfinals against Sun Yanan of China.

Since the surgery and rehabilitation, Vinesh has been in fine form, winning the gold in 2018 Commonwealth Games and Asian Games followed by a bronze medal in the 2019 World Championships. Earlier this year, she won the gold medal in the Asian Championships.