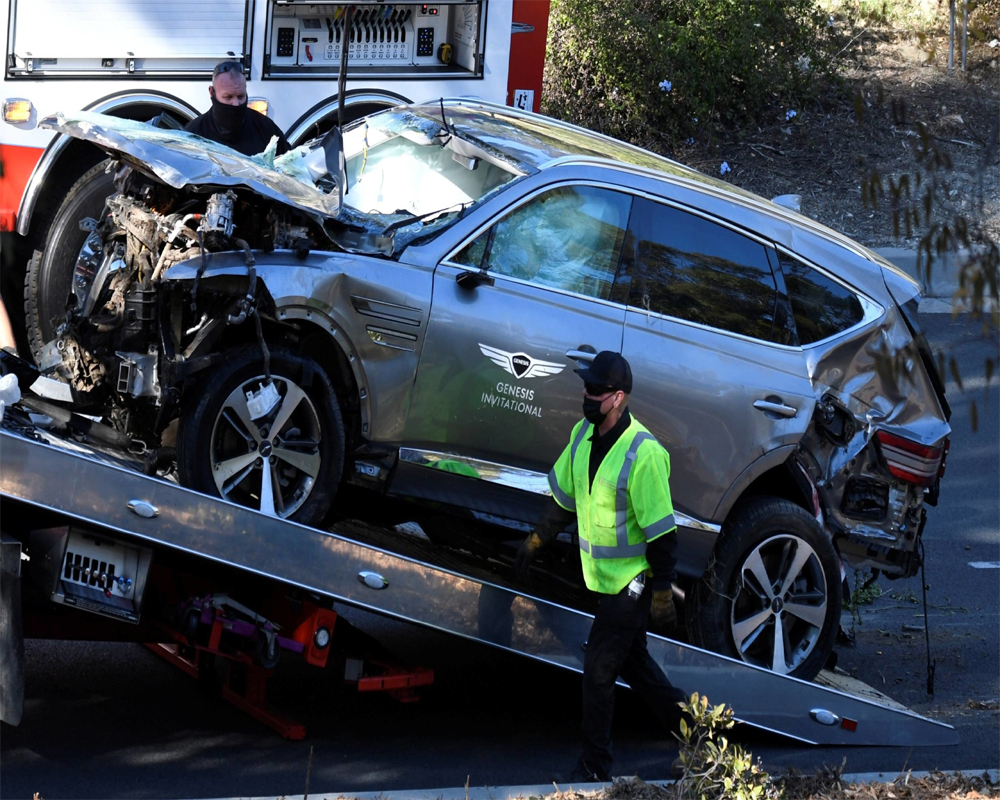 On his way to a TV shoot, the SUV which Woods was driving suffered a serious accident and the star golfer had to be pulled out through the car's windshield.

Woods suffered serious leg injuries and was trapped but conscious when emergency responders reached the scene of his one-vehicle rollover crash on a stretch of road near Los Angeles in California known for speeding and accidents, authorities said.

He said the injuries which shattered the tibia and fibula bones of Woods' lower right leg were stabilised with a rod in the tibia. These are the two bones between the knee and the ankle with the tibia being the larger of the two.

"Additional injuries to the bones in the foot and ankle required screws and pins," Dr Mahajan said in the statement.

A Los Angeles County sheriff's deputy, who was the first to arrive at the accident site, said he found Woods still in the driver's seat, wearing his seat belt, and that the golfer was able to tell him his name was Tiger.

The 15-time major champion was lucid and calm, but potentially in shock, and did not seem to be concerned with his injuries at the time, Deputy Carlos Gonzalez was quoted as saying by CNN.

According to his LinkedIn bio, Dr Mahajan directly supervises the chairs of all 12 clinical departments and oversees the management, quality, and delivery of all medical services at Harbor-UCLA which is capable of providing total care for every aspect of injury from prevention through rehabilitation.

He also serves as Associate Dean of the UCLA-David Geffen School of Medicine, and is responsible for the graduate medical education and academic affairs of more than 500 resident and fellow trainees, and nearly 300 full-time faculty physicians at the teaching hospital, the bio says.

The Indian-American medical officer had previously worked with the Los Angeles County Department of Health Services (DHS) as the Director of System Planning, Improvement and Data Analytics.

During this stint from 2012-2016, he helped lead organisational transformation under the Affordable Care Act, also known as Obama Care, and oversaw multiple system-wide units including the Office of Planning and Data Analytics, and Enterprise Health Information Management, to organise and protect patient health data.