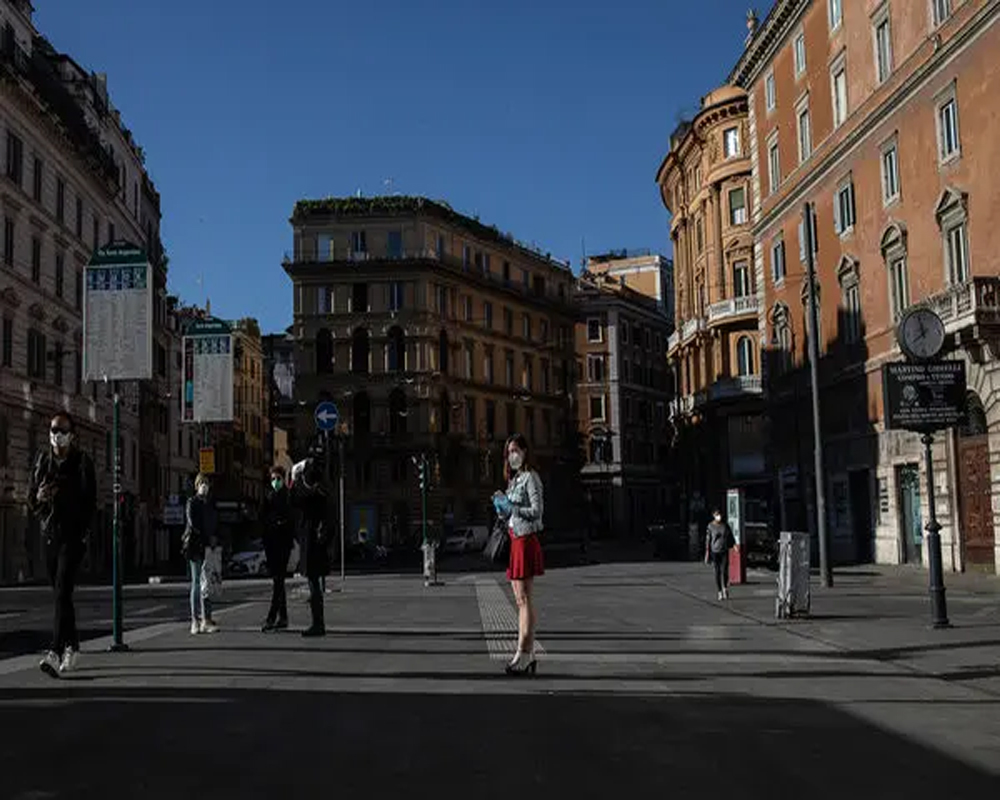 One year after lockdown, Wuhan has long since sprung back to life — but Zhu Tao remains bunkered in his 14th-floor apartment, spending his days doomscrolling through news, playing virtual soccer on his PlayStation and feeling China is teetering on the brink of collapse.

He has blown thousands of dollars, his life savings, stockpiling beef jerky and chocolate bars, bottles of water and sacks of rice, masks, alcohol and disinfecting wipes, and a $900 solar panel.

Haunting Zhu is the fear that the virus might return — that once again, the government will conceal the truth, and once again, Wuhan will fall under lockdown.

Zhu, a 44-year-old smelter at the city's state-run iron and steel works, is well outside the mainstream in China.

He is a hardboiled government critic, an on-and-off demonstrator, a supporter of the Hong Kong democracy movement.

He and others willing to publicly air such views are ridiculed, dismissed or silenced. They are a minority in an increasingly authoritarian and prosperous China, where there is less tolerance for protest and less appetite to do so.

Early in the Wuhan outbreak, which would later spread around the globe and kill over 2 million people, Zhu ignored state media reports that downplayed the virus and stayed home, a move that may have saved him, his wife and his son from infection.

For a few fleeting months, as public anger erupted at authorities who hid critical information on the coronavirus, Zhu felt his early caution warranted, his deep suspicion of officials vindicated.

But as winter mellowed into spring and Wuhan's lockdown was lifted, the mood shifted.

Now, the rich kids of Wuhan down pricey bottles of whiskey and bop to crashing electronica at the city's swank nightclubs.

Once seen as prophetic, Zhu has now become a pariah, his anti-state sentiment more and more at odds with government orthodoxy.

He has alienated his in-laws and neighbours and has been detained, subjected to surveillance and censored.

Bracing for another wave of infection, he wonders how it's possible that everyone around him is carrying on with life as usual.

“This is the biggest historical event in the past century,” Zhu said.

“But everyone has gone back to their lives, just like before the epidemic. ... How can they be so numb, so indifferent, as though they barely experienced anything at all?”

Zhu grew up in the 1980s, a politically open era in China, when teachers at times touched on concepts like democracy and freedom of speech after the disastrous tumult of Mao Zedong's Cultural Revolution.

It suited Zhu, given his self-described “very naughty, very rebellious” nature and his intellectual instincts, reflected in the way he peppers his language with literary references despite never having gone to college.

He was just a kid during the 1989 Tiananmen protests, when hundreds of thousands took to Beijing's central square to demand democratic rights.

But in the years after the bloody military crackdown on the protesters, he read more about it, growing sympathetic even as others grew cynical, indifferent or even supportive of Communist Party rule, won over by China's growing prosperity.

When Zhu first went online over a decade ago, he discovered others shared his way of thinking. China hadn't yet developed the sophisticated internet police force that patrols the web today, and uncensored news about the government constantly exploded online.

The first controversy to catch Zhu's eye was a scandal over tainted milk powder that killed six babies and sickened tens of thousands more.

He joined chat groups and get-togethers and slowly slipped into dissident circles.

In 2014, he was detained for a month after donning a black shirt and a white flower at a Wuhan plaza in remembrance of the Tiananmen Square crackdown, estranging him from his teenage son.