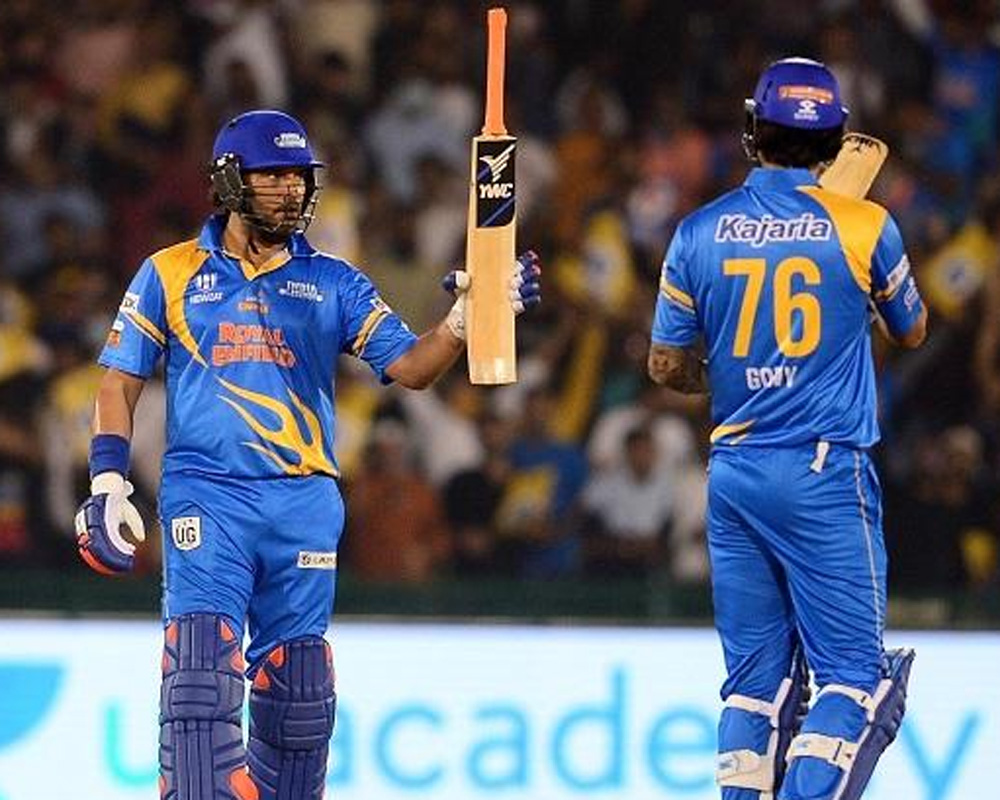 The iconic Sachin Tendulkar and Yuvraj turned back the clock and took Raipur by storm in their inimitable style as India Legends registered a thumping 57-run win over South Africa Legends in at the Shaheed Veer Narayan Singh International Stadium on Saturday.

Tendulkar got his maiden half century of the tournament while the stylish Yuvraj showed his true colours with an unbeaten 52 in India's huge win.

The win took India back to the top spot with 16 points, overtaking Sri Lanka on net run rate.

The 47-year-old Tendulkar cracked a 37-ball 60 with nine boundaries and a six while Yuvraj starred with an unbeaten 22-ball 52 with six towering sixes including four in succession and two hits to the ropes.

S Badrinath contributed with 42 (34b, 2x6, 4x4) before being carried away by his teammates after he injured his right hamstring. The tall Yusuf Pathan, too, joined the party with his big hits, making a brisk 10-ball 23 with two fours and as many sixes.

Put into bat by South Africa captain Jonty Rhodes, the 50,000 plus crowd thundered 'Sachin, Sachin' as Tendulkar walked out to bat with his opening partner Virender Sehwag.

As the batting great executed those copybook back-foot punches through covers and the classical straight drive against Makhaya Ntini, the spectators jumped out of their seats in joy.

It was then the Yuvraj show till the end. By getting four maximums off the bowling of seamer Zander de Bruyn in the 18th over, the southpaw reminded of his 2007 World T20 heroics when he smashed six sixes in an over.