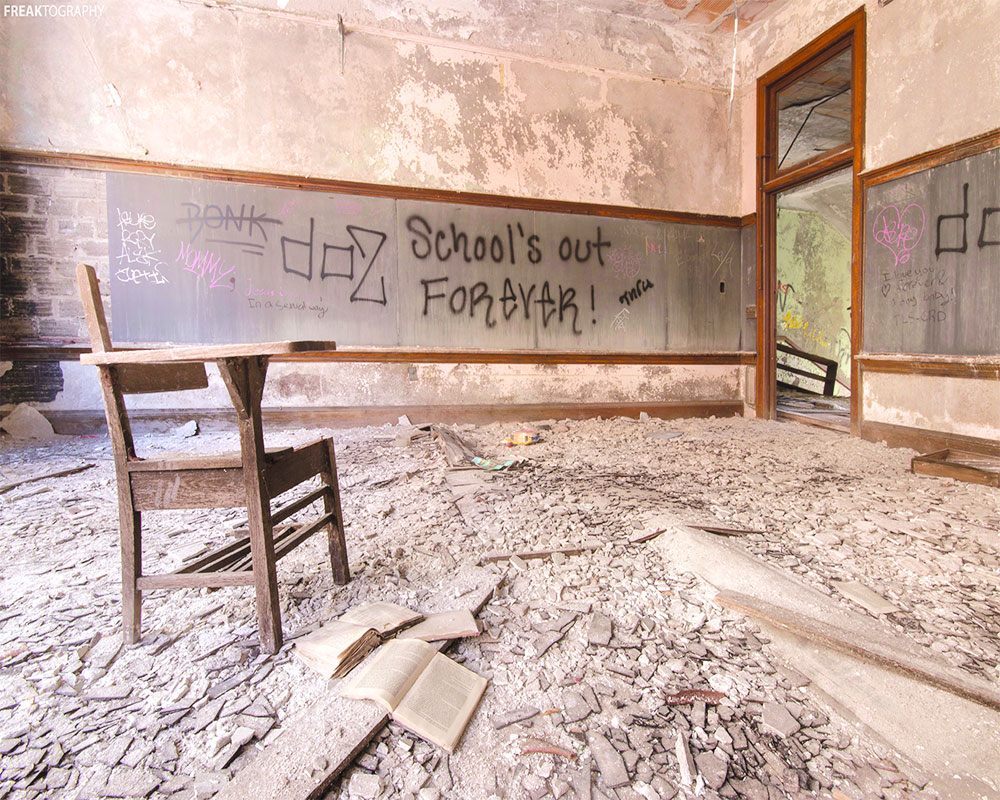 Without access to smartphones or the internet, the children of Chandyal village, J & K, are not able to keep up with academics. Moreover, villagers are concerned by the lack of interest shown by local authorities in repairing the government school, which has been in a dilapidated condition since 2014. By Sarfraz Ahmad Khan Qadri

Our children deserve quality education in a safe learning environment at par with the children who study in urban areas,” believes Majid Khan, a resident of Chandyal village in Balakote block of Poonch district in Jammu and Kashmir. While sharing his concern about the deteriorating quality of education in his village, Majid questioned, “For how long will our children be deprived of a proper educational infrastructure?”

In recent times, there have been unprecedented disruptions in the education system across India due to Covid-19. While students across the country have been affected, those in rural areas have suffered more due to the unavailability and inaccessibility of resources such as smartphones, internet connectivity, electricity and peaceful space. The rural areas of India, even before Covid-19, did not have access to quality education and were notorious for the sub-par school infrastructure, poor sanitation facilities and teacher absenteeism. The situation is worse in regions that are isolated and located near the border.

The far-flung border districts in the newly announced Union Territory of Jammu and Kashmir have long been neglected. Among numerous developmental challenges, lack of access to quality education tops the list. Besides, years of armed conflict, vulnerability to natural hazards, geography which is not easily accessible and extreme weather conditions have impacted the academic as well psycho-social health of children.

Majid’s village is one such region where socio-political and natural reasons play a critical role. Like him, other residents of this village are worried about the future of their children. The Government Primary School in their village is in a dilapidated condition. In 2014, it was destroyed by the flash floods that had caused havoc in this State. Since then, no steps have been taken by the concerned authorities to repair or construct a new building for the children of Chandyal village.

As the school building is unsafe, around 40 children attend classes conducted by two teachers in the courtyard of a nearby house. Parents, here, are concerned about the safety of their children.

“Chandyal often witnesses cross-border shelling that prevents our children from acquiring proper education. In case of sudden shelling, the wrecked school building does not provide any shelter to the students. This frightens the parents when they send their children to school,” rued Mohammad Rafique, another resident of the village.

Rubina Kousar, the sarpanch of the village, informed that her repeated appeals to rebuild the school have not resulted in any action by the Education Department.

“We read in the news about how the government plans to improve the basic infrastructure in the border region. They should start by improving the education infrastructure. This school in our village, which was destroyed due to a disaster, should be reconstructed at the earliest,” suggested Muhammad Asif Khan, another local.

According to the Zonal Education Officer of Balakote, all relevant documents have been forwarded to the higher authorities. “There are no funds. We will reconstruct the school as soon as we receive funds for the same,” he informed. It is important to mention here that a news report published in The Hindu Businessline last year claims that 18,000 out of 23,000 government schools in J&K are in a dilapidated condition.

The villagers are patiently waiting for the Education Department to address their woes. As another resident, Wasim Khan puts it, “They should reflect upon the condition of the school and repair it for the sake of our children’s future.”

The students in rural areas which lie in conflict zones deserve equal access to inclusive and equitable quality education as their urban counterparts. They need better support from the government as they are under constant threat of cross-border violence. For such children, schools should be a space to help them fight their fears and build their confidence. Covid-19 has further emphasised the importance of having a safe educational environment. One can only hope that post the second wave, children in Chandyal village will have access to quality education in a proper, safe building just like their urban counterparts.