A battle without a leader

A battle without a leader 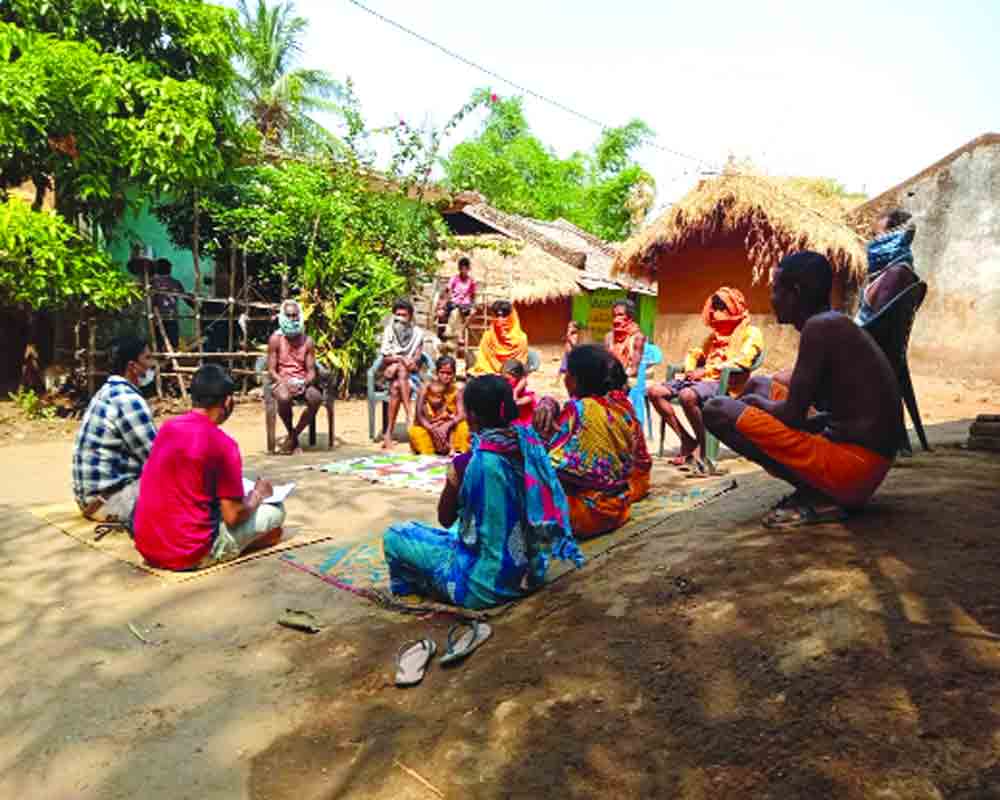 As we approach the possibility of a third wave of the pandemic, adequate preparation in villages is fundamental to minimising its impact, says Shirish Khare

The pandemic has revealed the importance of having smooth coordination between the Union, State, and local government bodies (Municipal Corporation and panchayats) in managing crucial tasks pertaining to disease control and shouldering the responsibility of making resources available to its people. At the village level, the local authorities are playing a vital role in fighting the battle against Covid-19 and executing the various support schemes launched by state and union governments. Last year, while observing National Panchayati Raj Day on April 24, Prime Minister Narendra Modi virtually interacted with the sarpanches from across the country and emphasised how the progress of panchayats will eventually ensure the development of the nation, more so in times of Covid-19.

The leadership and guidance of sarpanches have certainly become a beacon of hope for villagers amid these struggling times. Providing treatment and testing facilities, creating awareness, and maintaining the protocols are undertaken under the directions of sarpanches. However, several villages in the country are surviving these times in absence of a leader. Around 15 Gram Panchayats in Maharashtra’s Solapur district, which borders Karnataka to the south, are sailing in the same boat.

Although, on January 16, the elections for around 650 Gram Panchayats were held in Solapur district, and the results were announced on January 18. Given that many of the sarpanch seats in these panchayats were reserved and no representative from the reserved community contested the elections, many villages are without sarpanches today. Generally, the district administration is responsible for holding new elections within a month in such a situation, but due to Covid-19, re-election could not take place. Without a leader, the fight against Covid-19 has become even more difficult for the residents of these villages.

Out of these 15 villages, it had become the toughest for seven villages of Sangola Block to contain the spread of Covid-19’s second wave, which included, Aglavewadi, Burangewadi, Bopsewadi, Khilarwadi, Nijaampur, Hanmantgaon and Tarangewadi. Apart from these villages, the Gram Panchayats of Jahanpura in Baarshi Block, Khed in North Solapur Block, Bople and Shengalewadi in Mohol Block, Ganeshwadi in Mangalwedha Block, Rajur and Takali in South Solapur Block, and Yeliv in Malshiras Block are also awaiting a sarpanch. As the cases were on a rise, the district administration was enforcing strict measures with the assistance of sarpanches. However, the lack of institutional leadership in these 15 villages was causing issues ranging from protocol adherence to treatment provision.

“Following the Covid-19 protocol, it is not advisable to conduct re-elections, as of now. However, once the situation improves, the decision to elect sarpanches will be made immediately, as their absence has undoubtedly hampered the district’s fight against the virus,” said Milind Shambarkar, the sarpanch of Solapur.

The Solapur district was one of the most vulnerable areas in the State as well as in the country during both the first and second waves. According to the government records, there were more than 20,000 active cases in the district, whereas on the ground, more than 1.5 lakh people were infected with Covid-19, and more than 3,500 deaths were recorded at the time of writing this article. People from rural areas made a sizable portion of this population.

Reflecting on the importance of a sarpanch, Milind Kohli, a resident of Sangola Block in Solapur, stated that while the presence of sarpanches would not have eradicated the disease, proper measures would have been in place to prevent its spread. The sarpanches would have made efforts to plan to test and provide better and timely treatment in coordination with the state government.

“There is currently no testing, treatment, or monitoring in place. If it had been the other way around, they would have urged their sarpanch to provide them with medicines and medical equipment such as oximeters and thermometers to monitor their health,” shared Milind.

Sandeep Belvalkar, who has a chemist shop in Pandarpur town in Solapur, informed that the number of people affected by cold, cough, and fever was on the rise during the second wave. According to him, the lack of testing was leading to an increase in Covid-19 positive cases in rural areas. He believes it is during times like this that a sarpanch is needed the most. Without a sarpanch, there is no one to coordinate with the district administration to undertake the required tasks. “Several people were sick. Many members of the same family have died, but we do not know if these figures were recorded,” Sandeep added.

As we approach the possibility of a third wave, strong preparation in cities and villages is fundamental. Thus, the administration should focus its attention on the urgency of the situation and take the best steps possible. Without sarpanches, the modus operandi to fight the third wave of Covid-19 appears bleak.